FEAR STATE: Can Batman and His Allies Protect Gotham from The Scarecrow AND The Magistrate? 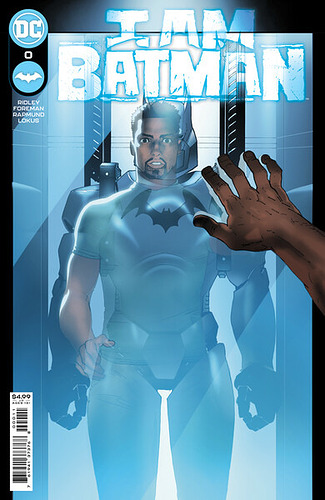 This Fall, The Scarecrow is sending Gotham City straight to Hell, and it’s up to Batman and his allies to stop it!

Fear State is a horror themed Gotham City event that unifies plot threads started in DC’s fan-favorite publishing events, DC Future State and Infinite Frontier. Fear State not only continues The Scarecrow’s vision of a fear-controlled Gotham, but also Mayor Christopher Nakano’s mission to protect the city with his ground-breaking deal with The Magistrate.

To learn more about the horrors that Gotham will face and take a look at some awesome variant covers, head over to DC Comics!

Are you willing to enter the Fear State? Let us know your thoughts in the comments!

Of course I can.

A new status quo?!! I haven’t been so excited since the last new status quo . . . a few months ago and the few months before that one. Man, I really hope that “Batman will never be the same again” and/or “Gotham will be changed forever” and hopefully they throw in a “bold new direction”.
Sorry, I’m definitely the cliche cynical fan at this point but the nonstop new status quo stuff is why I read fewer books than ever.

I just can’t with Tim/Jace. I don’t get why he would be Batman i.e little to no connection with Bruce. I fell off hard before that book got to the point. But yes let’s wrap an event around him.

Is this how some people feel about Terry McGinnis Batman Beyond? I like Terry and I can clearly see what led him to Bruce and Batman. With Tim/Jace I don’t even know what is up with his name.

I hate how much I agree w/ this. There are just far too many events/arcs that seem way more focused on the hype and upping the stakes than on actually telling a good story. Events like this that have a bunch of crossovers and one-shots just give off a bad 1st impression. I’m not saying it’s impossible that this’ll be any good, but I’m definitely skeptical to say the least

I hate most event comics and certainly am against this idea of making everything an event. If a limited series needs the reader to go through a bunch of tie ins and other issues to be understandable then it sucks.

as I said in another thread always up for Scarecrow getting his time to shine as a bat villain.