There’s alot of fanfare to be had for creative teams that have had a run on ongoing titles for a year or longer (years in many instances) but what about talents that were only on a title for a few issues?

For example: Denny O’Neil on Superman, Brian Azzarello on Batman and Paul Levitz on JSA.

One of my absolute favorites is Mark Verheiden and Ed Benes’ run on Superman volume two, from issues 217-225 (with Tony Daniel filling in for the art on #220).

Verheiden is currently best known as co-showrunner of the DCU Swamp Thing series while Ed Benes is known for a grab bag of DC titles (Birds of Prey, Justice League of America, Red Lanterns and New 52 Superman among others).

For their run on Superman, Verheiden’s writing was brisk and produced entertaining tales while Benes’ always slick art produced beautiful eye candy worthy of the Man of Steel. Co-starring Supergirl, Superboy, Eradicator and more, I eagerly devoured each issue of this run as it was released.

Another reason I love this run is that it was largely influenced by the events leading up to and taking place during Infinite Crisis and that period is one of my all time favorites in DC history.

So…what about you? What creative team that was on a book for a relatively small amount of time is your favorite, or a favorite at minimum? 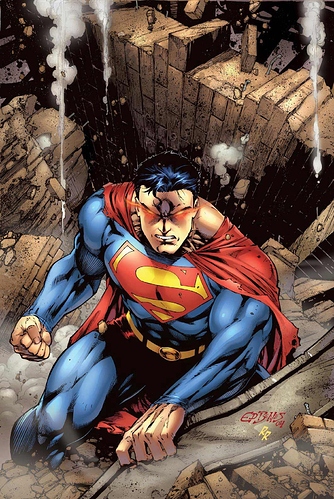 Grant Morrison and Mark Millar’s Flash is good. I don’t think that ran for too long.

Mark Waid with Hitch and Porter on JLA.