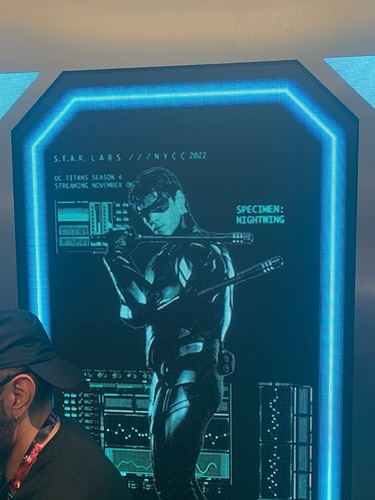 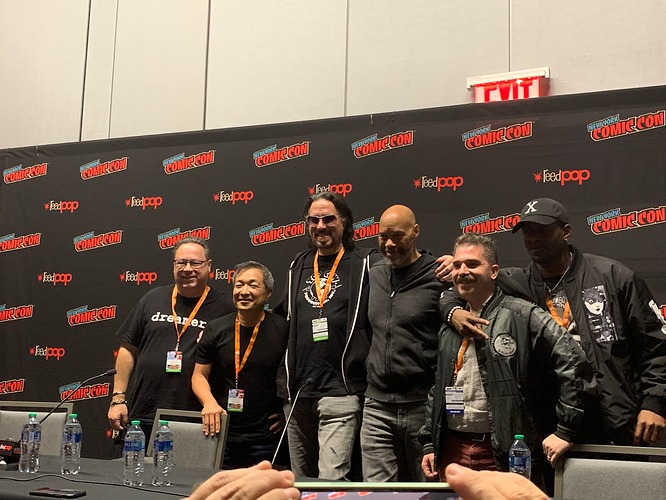 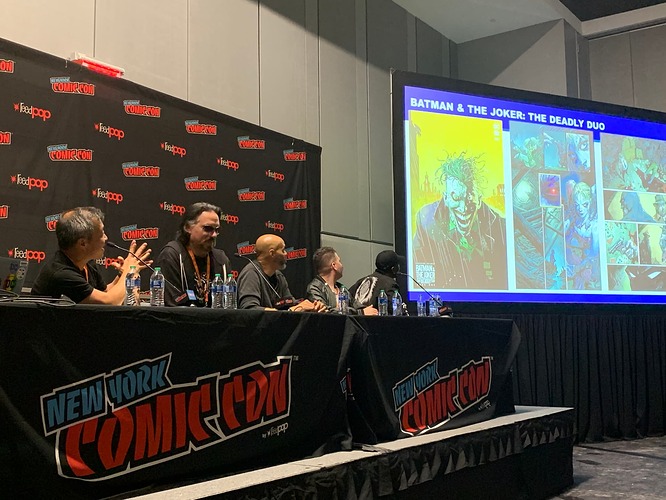 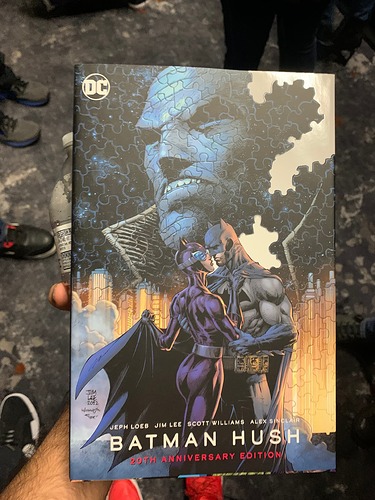 IMG-90041920×2560 471 KB
NYCC was aboslutely amazing! I had such a fun time. It was literally one of the best days of my life. There were so many great cosplayers and it was just great being surrounded by my own people (comic book nerds) in the Javits Center!
However, the best part was being at the Jim Lee and friends panel, front row seat. I literally was shaking and I had chills that I was going to see him. Jim Lee is my HERO! He is my favorite comic book artist of all-time. Also, seeing other comic book writers/artists there like Marc Silvestri, John Ridley, and Joe Quesada (Jim Lee surprised us with him) was so awesome! Jim even gave out free copies of the 20th anniversary of Batman: Hush.

If you went, what were your favorite parts of NYCC?

This looks like so much fun! I went to Dragon Con last month and had a blast. I bet NYCC would be a great time, too.

Okay, I just posted my two Doom Patrol related photos in the Doom Patrol Club section, and here are my final two. First is Elvira, Mistress of the Dark: 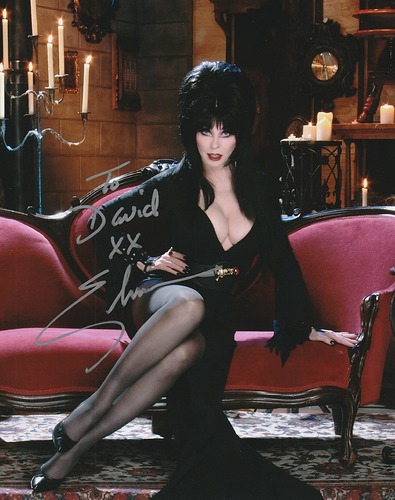 Here’s the funny thing: some time ago, I had read some posts from a couple of people who said when they met her at a convention, she had an attitude. But when I met her, she was super nice to me! She even blew me a kiss! So, I would guess either she was having a bad day those previous times or the two people who had posted were rude and didn’t follow rules. Anyway, I brought up her movie Elvira’s Haunted Hills and asked if Romania (where the film was shot) was anything like the 1800’s and she said “All of it!” That’s so cool that there are still some pockets of the world that have been left unchanged by modernism.

And here’s an autograph from Harvey Guillen who plays Guierrmo on What We Do in the Shadows and the voice of Nightwing on Harley Quinn: 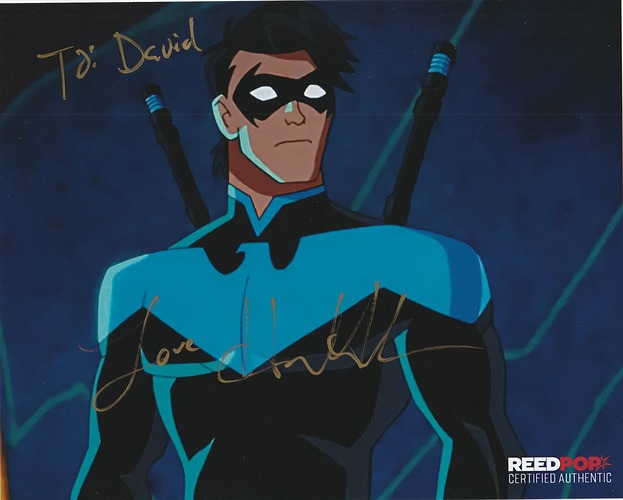 Yes, it had to be a Nightwing photo (this IS DC Universe Infinite, after all). He was actually about an hour late getting there, but he more than made up for it by being super cool and even taking selfies with a few fans. I told him that the two shows he works on are among my favorites and he was real pleased with that. He asked me where I was from and when I said Maine, he told me he had been to the state himself!

Yes, it was a little tiring to try to take it all in, but these two helped make it worthwhile as did meeting Brendan Fraser and the ElastiWoman of my dreams, April Bowlby!

Every single word said in this post makes me EXTREMELY. JEALOUS.

I’m so happy to hear you got to meet Elvira and Harvey Guillen, first off — I’m a huge fan of our queen & prince of horror! And to even have a few moments to talk to them is especially amazing!!!

as did meeting Brendan Fraser and the ElastiWoman of my dreams, April Bowlby!

RAGING WITH JEALOUSY IN THE NICEST WAY. (and kidding, of course)

But for real, that is SO cool!!! I’m glad you had such a great time and got to meet all these cool stars! What a great opportunity and now you have these awesome memories forever!

That is so awesome!!!

Didn’t get to go to NYCC this year but got to attend the Jim Lee panel, that was awesome! Can’t wait to watch the premiere screening! Hopefully I get my ticket night.