Could be getting something signed, finding a hidden treasure, meeting a creator, a celebrity, a friend, super cool cosplay, whatever made it stand out to you 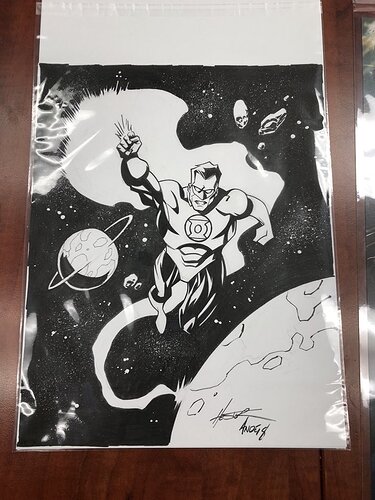 My family reunions. Since most of us are superheroes I think that counts.

Meeting Jason Momoa with me was probably my lady’s favorite Con experience, but my own personal fave (which I’m sure I’ve talked about here before) was meeting Jimmy Palmiotti. He and Amanda Connor were both in Albuquerque for the local convention and rightfully so, Amanda was getting all the attention from everyone due to her amazing art. I brought along a copy of the New 52 All-Star Western #1 that he wrote to have him sign. He was so thrilled that someone loved his Jonah Hex stories that he took the time and gave me a sweet sketch of Jonah. 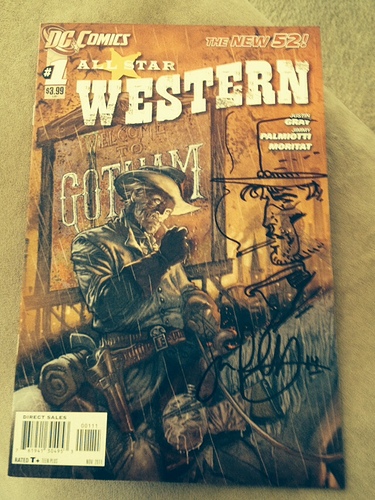 I met Jim Starlin, and had him sign my copy of Cosmic Odyssey. We got to talking about what DC wanted him to do with it- be a counterpart to Neil Gaiman’s Books of Magic, but for space instead of the mystic side of DC- and what he did with it instead. Then he told me something I’ll never forget:

“Here’s the difference between Marvel and DC,” he told me. “The editors at Marvel are tyrants. And the editors at DC are idiots.”

That’s phenomenal! Huge fan of that run, Palmiotti and Gray should just be allowed to run Hex for as long as they want

He was never afraid to tell it like it was, for sure. I remember recently reading about what happened with him on his last LoSH run and how it was mangled by DC Editorial and it’s a damn shame

I met Joe Kelly at a convention in 2002. He was really helpful with questions I had about writing. The experience was always something I remembered, but sure enough, when I saw him at a signing at a comic shop here in NYC, he remembered me!

He’s always been so kind whenever I see him at conventions. When I self-published my first short story anthology, I made sure he was one of the first ones to get a copy, as he was always supportive of me and my writing when I was trying to figure things out.

That’s so awesome! Love his work and so glad to find out he’s an advocate for future writers and creators!