Since this year is a big celebration for Wonder Woman and I noticed nobody else was bringing them up, I was curious which characters within Wonder Womans supporting cast were favored by the community.

Is it Steve Trevor, Wonder Womans one true love?

Or one of the many other amazing characters contained within her eighty years of continuity?

All I can say in response to this is WOO WOO

I chose Steve, Ferdinand, and Io. All three because I loved the way Rucka wrote them. Etta is good, but I don’t have a strong connection, given the reboot and difference in the way she’s been written, though to be fair, the same thing also applies to Diana herself.

Surprised there wasn’t a spot for Donna Troy

WW can handle herself, she doesn’t need backup, but she DOES need a veggie taco and a pot de creme after a good battle.

I picked Steve, but would have considered Artemis also if she was up there.

My apologies for not including more options. But I was trying to not flood it with to many options and wound up missing a number of characters. Theres a really large number of amazing characters in Wonder Womans supporting cast

Had this been for a movie I would’ve voted for Maxwell Lord. 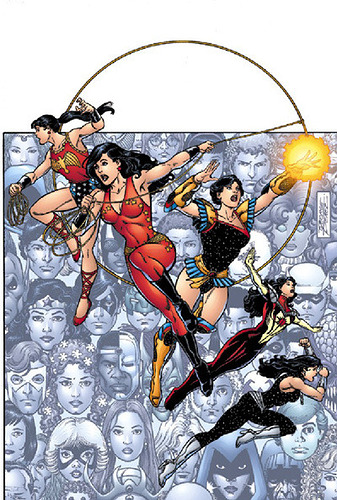 write in for Jumpa

When Ferdinand was in the WW books, Diana was a vegetarian. It comes and goes, I think.

First I ever heard

Not sure on that

Not sure of what?

Any interesting stuff in that run other than just vegetarian Diana?

Well, it’s my favorite run of Wonder Woman of all time! I think there’s a TON of interesting stuff - from the introduction of Veronica Cale and her very scary machinations, to the terrifying use of Dr. Psycho as a recurring villain, to the complex politics of the Greek gods, to Diana’s relationship with Man’s world and the tensions it creates, to the undying enmity of Diana’s magical foes exploding into vicious, worldwide tragedy, and the shattering, almost Sophoclean conclusion that nonetheless is completely anti-nihilistic.

Thank you for that information