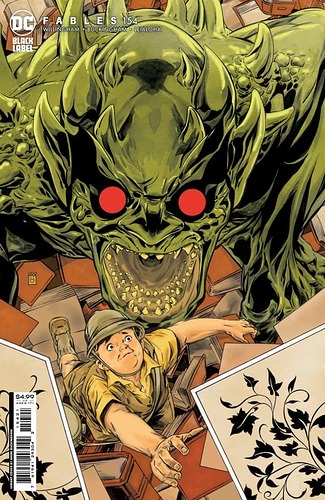 Just in time for the 20th anniversary of its launch, the acclaimed blockbuster that defined an era of Vertigo returns with an all-new 12-issue story, “The Black Forest”—a tale that picks up right where Fables #150 left off, providing a new entry point into the world of Fabletown!

The dust has barely settled from the climactic battle between Totenkinder and Cinderella—and everything is far from happily ever after. A legendary new adversary has arrived, and he plans to get even with Geppetto for the mess that has been made of Manhattan. But it’s a new day…and with it, a new Jack in the Green has arrived in the Black Forest. And within the emergency room of a New York hospital…a Fable long thought dead returns!

What did you think of Fables #151? Spin your thoughts down below!

While you’re at it, check out these magical variant covers for the issue: 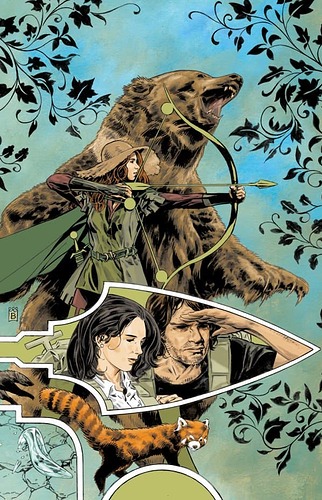 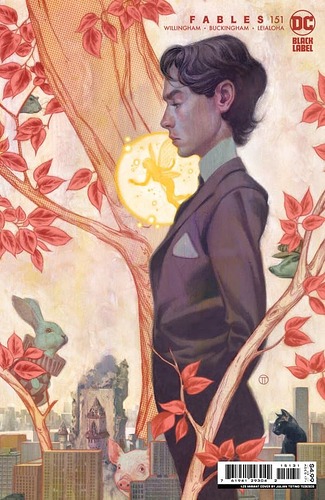 Also: Fables is now in the DCUI library!

If you want to get caught-up prior to reading #151, do so 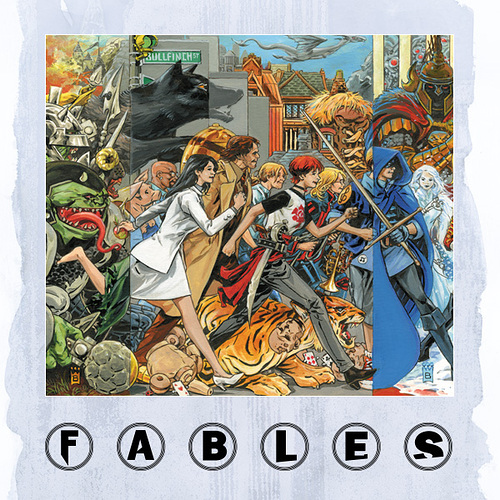 If you want to discuss everything that happened in Fables before the start of The Black Forest, you can cast your discussion magic

Woohoo! That was a suitably mysterious opening! Really enjoyed it - I suspect nothing will go as easily as Bigby and Snow think, nor the new Jack in the Green, and of course (I knew this from Batman vs. Bigby, but it’s exciting to see how it happened!) Cinderella is back! The mysterious black-clad Peter Pan is also going to be super interesting - how he interacts with Gepetto should be pretty cool! We know we’ll see Tinkerbell, but I wonder about Wendy and the others! A lot going on for sure, and all of it very interesting!

Bucky’s art is gorgeous as usual, and I’m very curious to see how it all plays out! I am also very curious to see how a 12 issue miniseries format works with structure, as Willingham clearly had gotten tired of the format a bit in the last half of Fables, but this issue has none of the stylistic and structural flourishes he used in those 75 issues. So maybe a smaller style story gives him the interest to just write straightforwardly enough.

Let me ask, does one need to read Batman vs. Bigby, or can I go into this clean?

Well, Batman vs. Bigby is actually supposed to happen AFTER this arc, so I think you can go in completely clean. I just was too excited to wait, so I read the whole miniseries (and quite enjoyed it - not least because Steph has a very nice supporting role as a senior Robin!)

Steph was in that one and as Robin?

flicks away something on his DCUI pull list to make room for Batman vs. Bigby

What can I say, I live to spread the word of Steph! (But since DCUI has no additional costs for more series…why do you need to take things off?

What can I say, I live to spread the word of Steph!

Yeah, and those damn deviled-

MN1 crosses his arms, clears his throat and arches an eyebrow

since DCUI has no additional costs for more series…why do you need to take things off?

Because my DCUI pull list is huge, and to add yet another title to it is tantamount to not reading the book at all, because if I go in order of what’s on my list, I won’t get around to Batman vs. Bigby until a year from now.

…and this is coming from a highly-effective speed reader.

Goodness! I personally don’t make lists for myself anymore, because it makes me too stressed! (Heck, I got a tiny bit stressed this week because my brother lent me three Marvel dvds, and I want to watch them without destroying my sleep more than I already do).

I personally don’t make lists for myself anymore, because it makes me too stressed!

I love me some lists/listage/list parties!

Heck, I got a tiny bit stressed this week because my brother lent me three Marvel dvds

Because you wanted the Blu-rays (or 4K Blu-rays), right? As an A/V guy, I get it. You want the best possible presentation.

Thank you. However, I’ve no desire to read everything.

It’s just that as I’m a fan of so much in the annals of DC, I always have a consistent flow of content to read, be it from new to retail, DCUI and/or trade/OGN-based content (I’ll never be twiddling my thumbs (much as I enjoy a good thumb twiddle, mind you) saying “What do I read next?”).

As such, I do try and prioritize what I’m reading amidst all of that, and if a new book featuring Steph as Robin is in our library, then dang it, it takes priority.

The A cover. I like the variants for this issue, but none of them grab me enough to warrant a purchase.

Hey, you can’t beat a redhead, and this is coming from a guy who’s trying to shy away from redheads.

I like lists, but not if they stress me out!

I applaud your Steph as Robin priority!!!

In all honesty, I’d be thrilled from here to Fabletown and back if DC made a series of Fables-related Poster Portfolio books, as the whole thing is just overflowing with beautiful cover art.

As a brunette myself (men can call themselves a brunette, right? Certainly more creative than “guy with brown hair”), I’m inclined to agree.

In any event, you are quite correct in that gingers, brunettes, blondes and beyond all rock the casbah.

The mysterious black-clad Peter Pan is also going to be super interesting - how he interacts with Gepetto should be pretty cool!

This was the most interesting development in the issue for me, considering how Pan was originally supposed to be revealed as the Adversary before plans changed.

It’s not that exactly, but there is this- 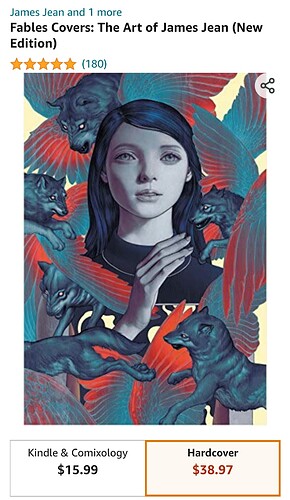 I don’t know if it’s the same as this: FABLES COVERS: THE COMPLETE COVERS BY JAMES JEAN | DC

@TheTerrificToyman I love how both Gepetto and Peter Pan have very significant connections to eternal immaturity - THEMES, man!

If I could frame some of that, though? Like, just yoink (Yara Flor-style) the pages out of the book and slap 'em in a frame, ala Poster Portfolio-style artwork?

That is something I would slap down some chips for.

Its on my work desk, I just need time to read it. What I’ve seen in flipping through it, though? Nice.

Bucky’s art is so appealing and clean! And so detailed!

When did Captain America’s former partner become an artist? 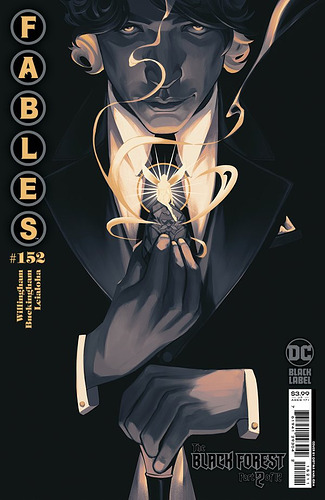 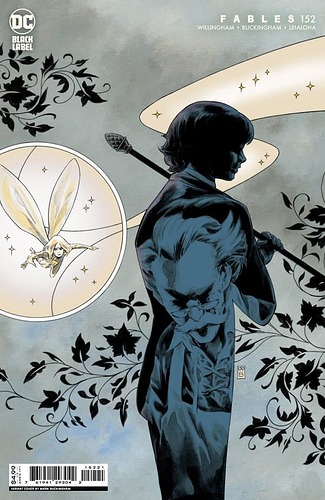 picking up part 2 of The Black Forest? Talk about it below!