Exploring the Darker Side of Peacemaker 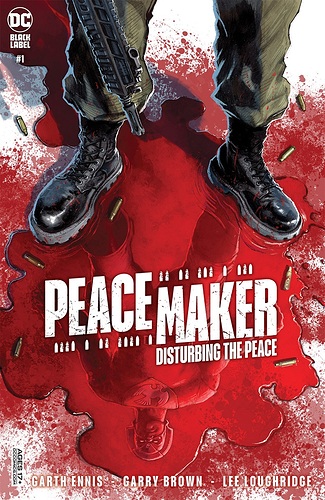 For a character who uses peace as his motif, Peacemaker is quite a disturbing figure. The self-described pacifist has recently become a household name, thanks to his role in 2021’s feature film The Suicide Squad and the Peacemaker spin-off series on HBO Max. A whole new audience now knows Christopher Smith, but do they know what makes him tick? This is the question that writer Garth Ennis and artist Garry Brown explore in a new Black Label one-shot called Peacemaker: Disturbing the Peace .

The story begins with Christopher Smith sitting on a park bench sharing his life story, almost like Forrest Gump . Well, it’s like Forrest Gump if you replace “ping pong champion” with “black ops masochist” and swapped Lieutenant Dan out with a killer shark named Bob. That’s right, there’s a killer shark—trust us, this isn’t a comic you want to miss.

To read the full breakdown on Peacemaker: Disturbing the Peace, head over to DC Comics!

Have you checked out Peacemaker: Disturbing the Peace yet? Let us know in the comments!

This was a very interesting story, though if I’m perfectly honest, I get the feeling that Garth Ennis took a military story he already had in the back of his head, slapped a Peacemaker name in there and called it a day.

Still a cool story though. 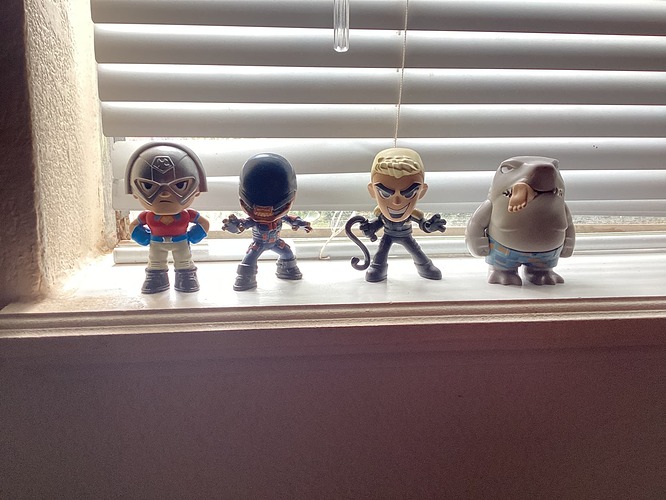 Half of the Suicide Squad

I liked it, but there was nothing about it that screamed Peacemaker to me.