EVERYTHING ANNOUNCED FOR DCU ON NYCC INCLUDING NEW SHOWS!!!

Oh Boy, there’s a lot of announcements coming to DCU!

More will be added as announced! 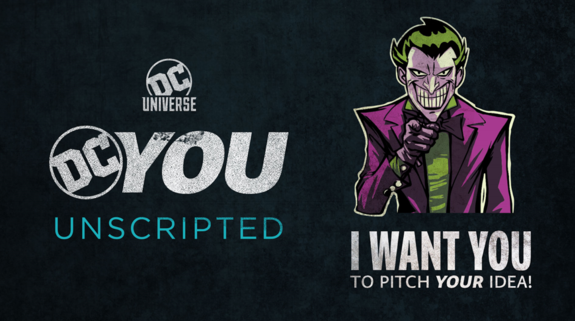 Number 2 and 3 are really exciting! I really love that they are looking more at their obscure characters. I have been saying DCU should do something with those characters because this is a unique opportunity to do that! So excited for everything on this list. Thanks for sharing the details @Nathan.Payson

Given that 90 day after physical release note, I wonder if that will apply to Wonder Woman: Bloodlines too or start with the JL flick.

DCU is starting the Con with

Vroom if you read the NYCC announcements thread in the Watchtower section Wonder Woman: Bloodlines is included in the list of 90 day delay.

I can’t really get mad about the 90 day delay. This service is really inexpensive and we get original shows and a gigantic comics library, I am okay with them trying to make some purchase money on those movies. I like to support things that I like, and for the others I can wait the 90 days.

@LPCustom76 I did indeed read that. After posting here first, of course. Oh wells.

I can’t wait for JLD apocalypse! Matt Ryan is the best actor to portray a character in a long time, animated or live action, the man is the living embodiment of John constantine.

It’s the same movie 3 months later so I’m fine with the delay. New show sounds like a great idea

iJest the problem with the 90 day delay is that the day of physical release was a perk of being a DCU subscriber and instead of getting a upgrade to say getting the movies day of digital release we’re getting down graded to a 90 day delay.

1.) Cool to have a release date. Was hoping for October but figured when an announcement never came before the 1st that might not happen. I am sure it will be worth the wait.

2.) I have two thoughts on this. On the one hand, I am looking forward to this. I love the idea of an anthology series with the more obscure characters and an Ambush Bug announcement sounds awesome. Sure this series will be great.

The only downside is I notice is said “short form” which I take it means less then a half hour. Still could be good, but was hoping for an announcement for another hour long or at least half hour show. Granted, the con is still young so maybe something like that is coming. But I was hoping to hear something that would silence the last of the doubters who refuse to give up the “DCU will roll entirely into HBO Max” ghost, and another Titans or Doom Patrol or Star Girl like show being announced would have likely silenced the last of them. Some might say a short form show is a downgrade.

Again, not trying to be a negative nilly. The series sounds great and this is a perfect place for a show like that. Just a little bit sorry it is short form.

3.) DCYou unscripted sounds awesome, and really in line with DCU’s clear commitment to make this an experience that goes beyond just a simple streaming service. I love it, can’t wait to see what comes from it.

4.) DCU Community Week, I like the sound of that. I am looking forward to it already.

5.) Hard to not see the 90 days thing as a downgrade from same day as physical release. But I get it, few things go to streaming the same day as physical release and I was amazed they had that deal in the first place. Wish it was 30 or even 60 days not 90. But it is what it is, we still get them so that is all that counts to me. Although I won’t lie, not looking forward to three months of “why isn’t such and such movie on here, it’s already on DVD… we pay half the price of the DVD for this service we should get it RIGHT NOW!” That will be a hoot and a half.

Sorry again, not being negative none of these are bad announcements and this is just day 1. So can imagine some big news is still on the horizon. No way they blew all their news on Thursday.

And as I said elsewhere, anything that leads to any kind of Ambush Bug adaption can never be a bad thing.

All these sound great. The 90 days seems a bit long but hey I’ve been buying them digitally when they come out anyways so it nothing different for me. I do understand the wait and I. The bright side they’re still coming on here and gives me enough time to forget some things so I can enjoy the rewatch.

I’m not worried about the 90 days, i buy them on blu ray the week they come out. Dcu is not my crutch lol

I need more information about DC YOU. This is how Answer The Question breaks out.

@hubcity You are the FIRST person I thought about it. If my not applying meant that you got your Answer the Question Series I would do it in a heart beat!

I’m working on my pitch right now! I will probably submit it on Monday, after the convention. Thank you all for your support!

“You can make your own TV show for DCU in a competition!”
Me: Squeeeeee–

“Shows must be unscripted/non-narrative”
Me: Ah, dang it!

sees HCQ is going to pitch
Me: Go HCQ!