Every DC Character to Know Who Bruce Wayne REALLY Is

Here’s a list of everyone who knows Bruce Wayne is Batman. If I’m missing anyone, please let me know. 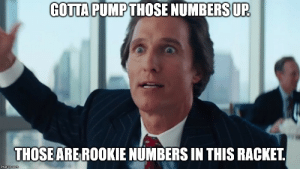 Wow. I had no idea it was so many.

to be fair a couple of those have time travel at thier disposal, so if bruce’s id becomes known in the future

Clark is way better with secret identities than me.

There’s more, I’m just having trouble thinking of them

who are you talking about?

I really suck at keeping secrets. Oh well, Wayne Manor is a fortress guarded by Alfred himself.

(Maybe I missed these) Raptor, and they were pretty fast and loose talking about his identity at Spyral and The Colony. Heck, most writers have the JLA call each other by first name during battles.
Plus, Luthor figured it out after Dick Grayson was publicly outed as Nightwing so that means pretty much ANYONE WITH GOOGLE knows.
I really hate how DC has taken away Batman’s mystique.

Also, the homeless man from The Nobody.

the homeless man from The Nobody.

I don’t know who this is

I stopped reading Batman but I think Tynion has revealed it to most of his new characters. Ghost maker and a few forgettable others.

One of the most overused plots in comics is having a last page where the villain say something like “wouldn’t you agree . . . . Bruce” dun dun dunnnnn

It was in Shadow of the Bat #13, which is my favorite Batman story. It’s only from that issue so barely listable.

The list is so huge it’s easy to look at who you have and still miss a name so again maybe repeats.
Thomas Wayne/Flashpoint Batman
Holly (Catwoman’s ally)
Amanda Waller (edit she’s there)
Dealmaker

I wouldn’t add them for certain but there were a lot of villains in Tom King’s run who must have known. A lot of them seemed to be living in Wayne Manor at one point. Another that isn’t for sure but Penguin has all of the necessary information since he knows Jason is Red Hood.

What about the Legion of Super-Heroes, since they’re from the 30th century, and studied the heroes of the past? Also the Guardians of Oa.

Their statue was nothing like me. I doubt they knew who I pretended to be.

What about the Legion of Super-Heroes, since they’re from the 30th century,

They don’t know he’s Batman though. I will add the guardians though