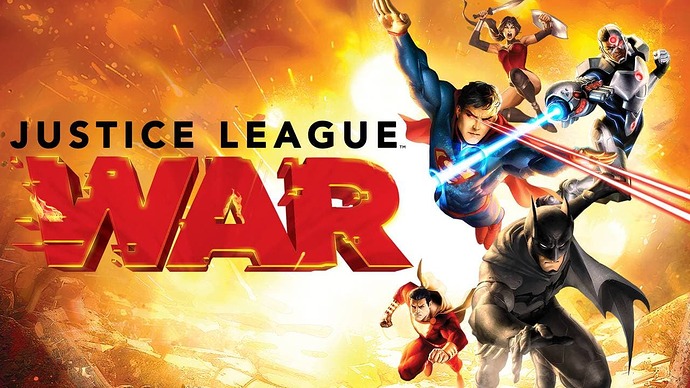 Just in time for the 10th anniversary of The New 52, comes the animated adaptation of it’s first adventure: the formation of the Justice League!

Whether you’re a part of the mighty fun and always entertaining @JusticeLeagueBookClub, or simply just want to hang out with your fellow fans while enjoying a great adventure starring the Justice League, this Watch-Along is for YOU!

How to join The New 52 Justice League’s animation debut:

What: Justice League: War, the first movie to feature New 52-style characters and concepts in animation!

Where: In this thread, at the above date and time.

Why: Because it’s the 10th anniversary of The New 52 and the you you like likes The New 52 (something from it at minimum, right?

How: Justice League: War is available on physical and digital home video formats, and streaming on HBO Max. Whatever your preference may be in going to war alongside the World’s Greatest Super-Heroes™, please have the movie and your commenting device of choice (phone, computer, tablet, etc.) ready to go when the clock strikes Play Time.

I’ll see you here on September 22nd, as we enjoy The New 52’s debut adventure via the dawn of the New 52 Justice League in sweet, glorious, animation!

nudges the tides of war in a peaceful fashion

I’m excited for this tomorrow! It’s been a while since I’ve watched this so I’m pretty foggy on the details and look forward to a rewatch to refresh my memory and clear the cobwebs, although I think October is coming to blanket everything in cobwebs…

I’m excited for this tomorrow!

I think October is coming to blanket everything in cobwebs…

How could I forget the candy!!!

Whichever works best for ya.

Reese’s are worth a Family Guy-level experiment.

Say, do you have any Blow Pops? Sour Apple, if you’ve got it, P/TY.

We are just one hour away from Justice League: War! Will our heroes ever will get along?! Tune in to find out!

I’m all ready to press play!

I’m doing great! Hope you are too

also have the play button ready! I can’t stay for the entire time, but definitely excited to see it started if that’s ok?!

I’ll let you in a little secret, I was Reaganfan78, thought I try a new and better username.

I thought that was you! The 78 gave it away!

Gotta have that number in.