Okay. Truth be told, I own more of the shows, movies, and video games than the comics. Sure, I own the REALLY IMPORTANT essentials like Watchmen and the Dark knight returns. If you saw my “batman collection” post, I own a lot of batman. Any suggestions on what to try and read this year?

Purely my opinion, but most of the “Year One” comics are required reading. They often give a deeper look into a hero’s motivation.

Also follow your heart from films and games. One of the things I love best about DCU is the ability to do a ton of “research” on characters you like. You can check out their early adventures, any team-ups , etc. all right here on the app.

Thanks. I have batman year one. Any I should be on the lookout for?

I’m loving The Batman’s Grave by Warren Ellis. Another good Ellis classic is Planetary. If you haven’t read Kingdom Come, get on that. There’s so many good comics. Exploring DCU’s comic section by essential reads is fun too.

I saw that you have The Dark Knight Detective Vol. 1. Have you read Batman’s first one-shot graphic novel, Son of the Demon? It is written by Mike W. Barr, who wrote the stories in that collection.

You also have The Caped Crusader Vol. 1 and A Death in the Family. Have you read the miniseries The Cult? It is written by the same author, Jim Starlin.

@isnski.50792 I have to say Green Arrow Year One is definitely one of my favorites.

I have read caped crusader. I have not read son of the demon, or “the cult” thank you for the idea.

Okay, is this image that you posted in another thread up to date? It’s easier to make recommendations when I know what you have read. 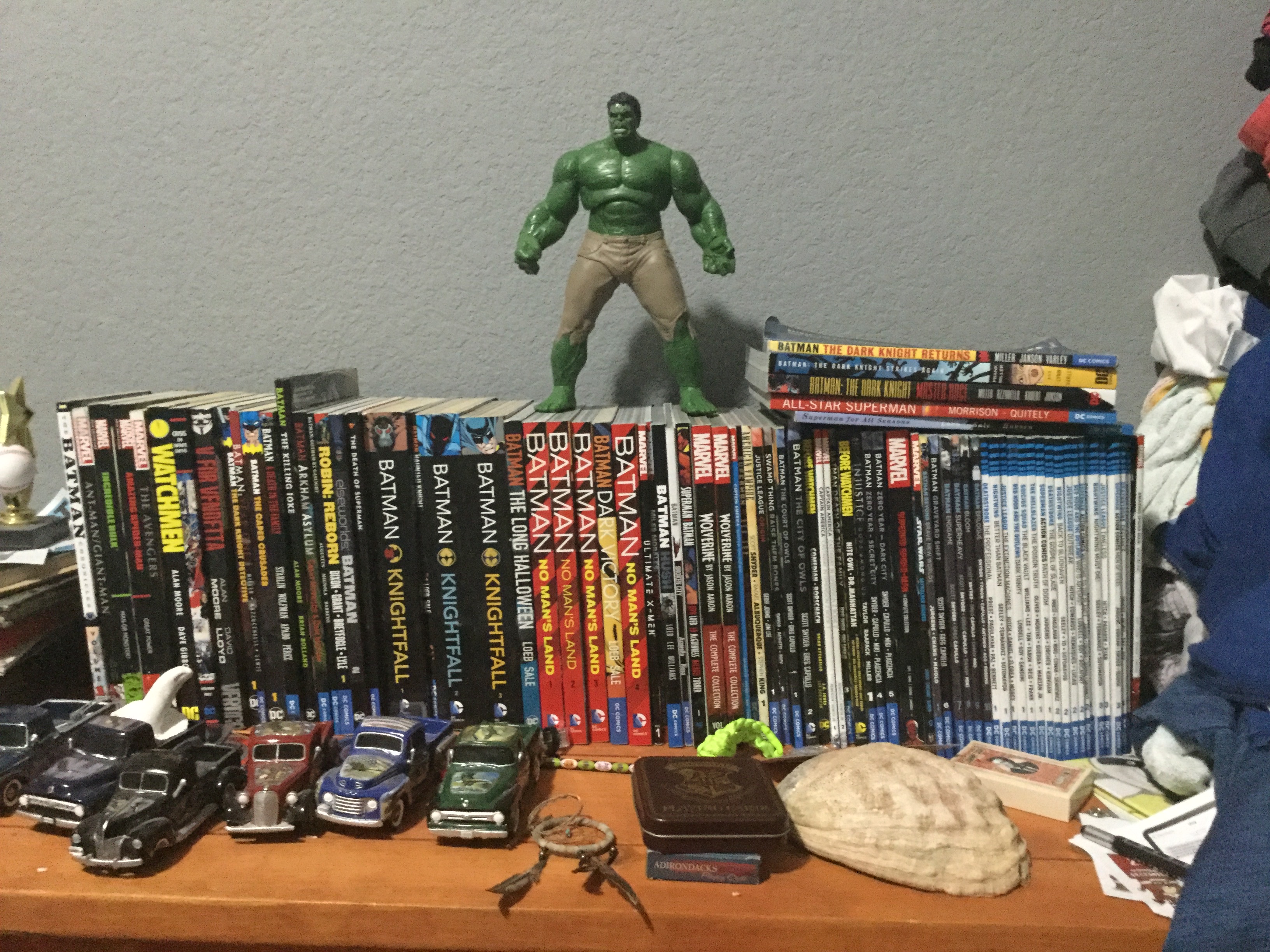 Have to second Son of the Demon. Judging by your taste maybe Longbow Hunters and the 80’s Question series.

Have you read Kingdom Come?

I actually just finished it a few weeks ago. Art was amazing, story was amazing. Glad that was also an essential on your list.

Okay, so I’m going to shoot you two more Batman suggestions and then make a recommendation based on your collection of Alan Moore comics.

I also have a follow up question. Are there any must read silver or gold age comics?

@TurokSonOfStone1950 is your man for this question.

I’d suggest starting with Superman #1, which collects his first few appearances in Action Comics. Those stories essentially invented the comic book superhero (with apologies to the comic strip hero The Phantom). You might also want to check out Superman #76, where Batman and Superman learn each other’s true identities. The first appearance of Kal-El’s cousin Supergirl, Action Comics #252, is another obvious recommendation.

As for Batman, you already have a collection of his earliest Golden Age stories, but you may want to check out some weird and wacky Silver Age tales that influenced Grant Morrison’s late 2000s run on the character: Batman #153 & 156. There’s also Detective Comics #328, which really shakes things up a mere month after Batman gets his yellow oval logo, and you can’t miss the debut of Barbara Gordon in Detective Comics #359.

On the cusp between the Silver and Bronze Age is Green Lantern (1960-) #76 - #89 by Denny O’Neil and Neal Adams. Considered a classic run that brought more adult stories and contemporary themes (for the late 60s / early 70s).