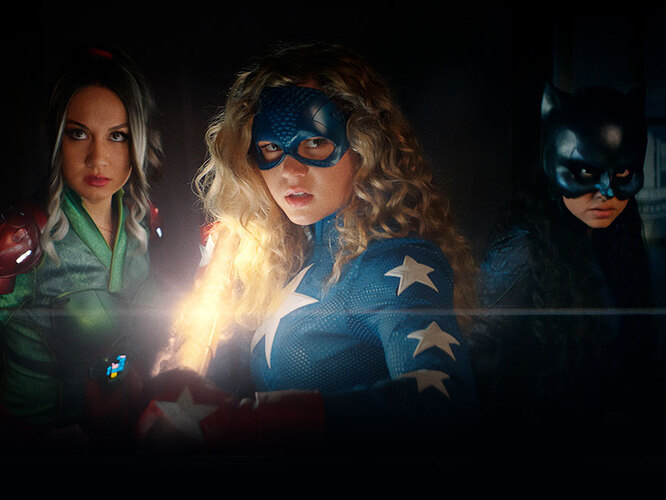 The Stargirl season two finale is here and for Courtney and the new Justice Society, the stakes couldn’t be higher. Eclipso has his grip on Blue Valley, Courtney seems to be in danger of corruption and god only knows what Cindy Burman’s plans are. Fortunately, the JSA won’t be going it entirely alone, having picked up some new allies over the course of the season.

The most recent of these is Jakeem Williams, the new wielder of the Thunderbolt, whose heart seems to be in the right place, even if he’s yet to fully master his newfound responsibility.

“My audition was like any other audition, but it wasn’t for Jakeem,” shares actor Alkoya Brunson, who plays Jakeem. “The role was hidden behind another character that had similarities. I didn’t know who I was auditioning for, but I knew it was for DC, which was cool.”

To read the full interview with Anjelika Washington, Jonathan Cake, Trae Romano and Alkoya Brunson, head over to DC Comics!

Have you been keeping up with Stargirl? Let us know in the comments!

I can not wait to watch it on HBO Max! Did the same with Superman and Lois.

Seen every episode, most more than once.

Welcome back to the community @thedarkvividi! Glad to hear you’re excited about Stargirl - you’ll have to tell us what you think once you get a chance to watch.