I know we were supposed to get a Flash: Earth One and an Aquaman: Earth One, but while those were announced a few years ago, we never heard anything further with those

Based on what the writers have said it doesn’t sound like Flash or Aquaman have even been started. So those are probably not going to happen.
Batman could be a while, it depends on if it has been written or not. Johns said Three Jokers is his next project after Doomsday Clock, but if it is just waiting for Frank then he can start right away.

Does anyone have an idea on when Batman Earth-One Vol 3 will be out? I know that they’re working on it, see a couple sample pages like a year or so ago, but was wondering when it’ll be release.

I believe Morrison has said that him and Yanick Paquette are working on WW Earth One Vol 3, so that’s probably going to happen first, since Johns/Frank are currently working on Doomsday Clock. 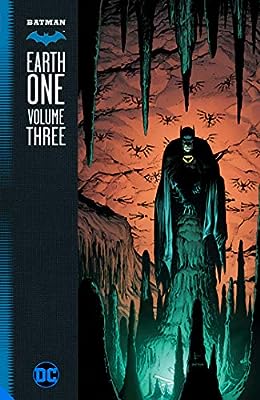