Brace yourselves. We have not one, but two tales from Zdarsky for this First Look. 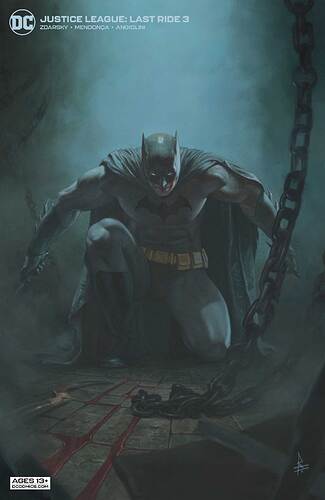 JUSTICE LEAGUE: LAST RIDE #3 PREVIEW - THE JUSTICE LEAGUE HAS TO DO WHATEVER IT TAKES TO PROTECT A RUTHLESS KILLER. CAN THEY FACE THEIR FAILURES?

The last ride for the Justice League continues as they work together to save the galaxy from certain doom. The best way to learn is to truly look at your failures and the team may have to do exactly that in issue #3.

To give some insight on the situation, we have a first look just for you! 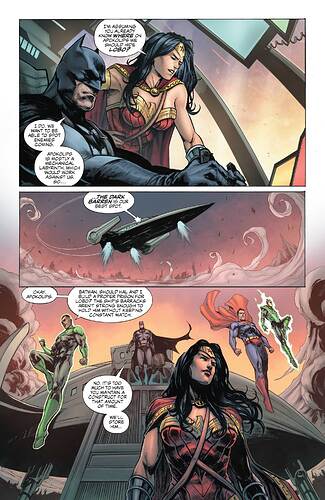 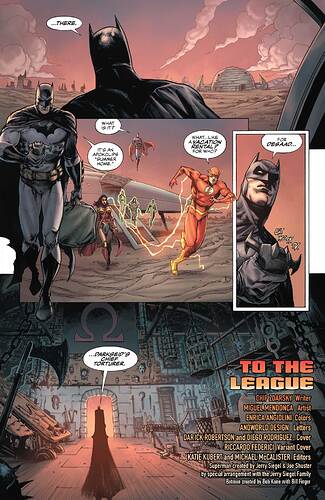 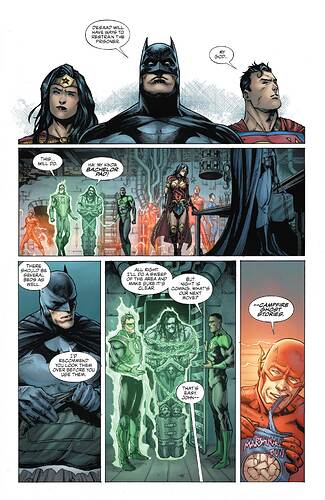 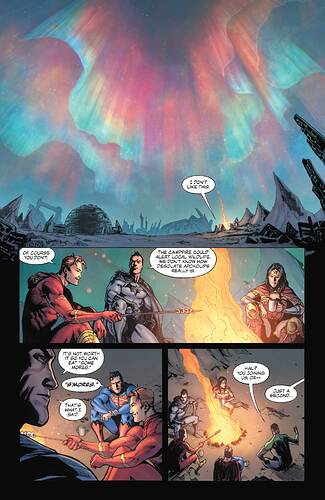 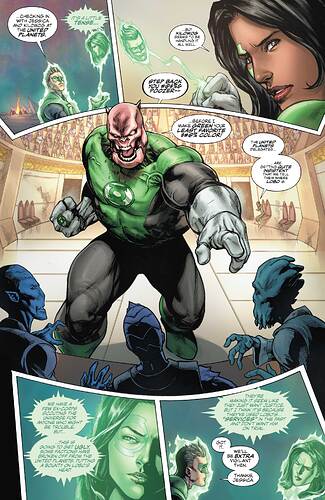 Synopsis: The League needs to prevent galactic upheaval by protecting a ruthless killer, and the only to do that is to visit the scene of their greatest failure! 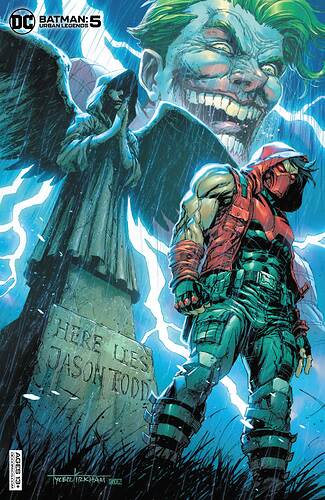 There’s a surprise around every corner in Gotham and this rings true in Batman: Urban Legends #5. Whether it’s Red Hood fighting the new mysterious villain known as ‘Cheer’ or it’s the Batgirls breaking into Wayne Manor for some harmless video game time, nothing is ever quite as simple as it seems.

Let’s take a first look at what lies beneath the cover in Batman: Urban Legends #5! 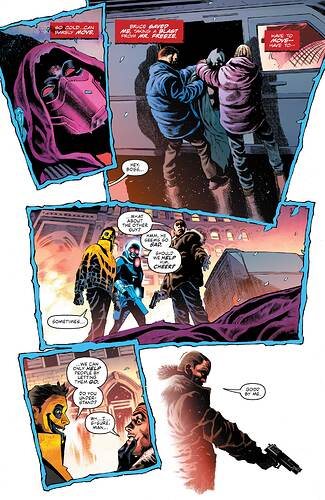 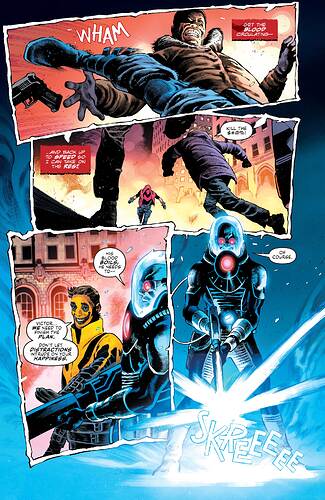 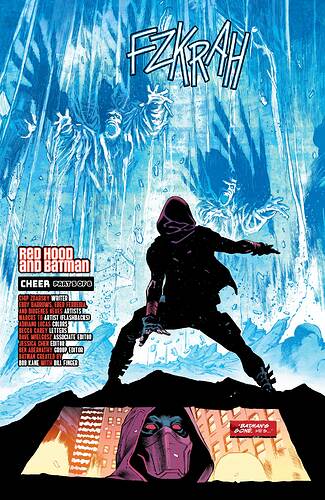 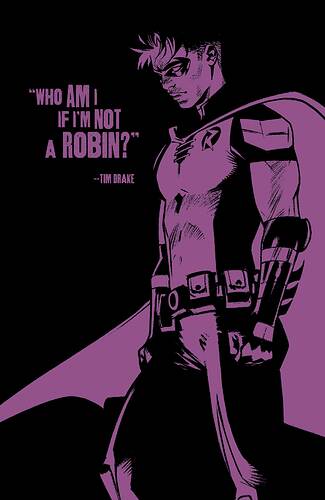 Synopsis:
Red Hood: Meet Cheer, the villain behind the insidious Cheerdrops altering the citizens of Gotham. When confronted with a man responsible for taking the lives of so many, including Tyler, the kid Jason Todd swore to protect, will Red Hood be able to stop himself from taking vengeance for a whole city?
Grifter: Through four chapters of blood, bullets, and Batman, the true reason for Cole Cash emerging in Gotham City reveals itself at last…but it’s not what you think!
Tim Drake: Tim is determined to find his friend Bernard, who was taken by a Chaos Monster before his very eyes. But this case is different from any Tim has taken on before, and the cracks are starting to show.
Batgirls: Cassandra Cain and Stephanie Brown are just two teenagers breaking into Wayne Manor so they can play some video games. But when Oracle gives them a mission, the Batgirls suit up and head to an abandoned arcade to investigate.

To check out ANOTHER upcoming comic, be sure to check out the Infinite Frontier #2 First Look over on DC Comics!

With 2 amazing comics with Zdarsky at the helm, which are you more excited for? Let us know in the comments below!

Chip Zdarsky is one of the most exciting writers for DC right now. He and Ram V are on my “do not miss a title” list. I hope he sticks around for a long time.

Chip Zdarsky is probably the best canon Jason writer I have ever seen. He’s been doing so many things I’ve wanted to see done with Jason for the longest time. I honestly hope he takes over the Red Hood title after this.

Anyway, Zdarsky is solid all around, but obviously Urban Legends is the one I’m most excited for, Jason Todd trash that I am.

I’m going through the list in my head of “everyone who’s ever written Red Hood” right now and… yeah? That math checks out.

Hell, as a post-Crisis Jason aficionado, I’d say who has written Jason, period.

It’s really hard for me to put him above, say, a Max Allan Collins, or a Mike W. Barr, since they did so much essential work defining the character. I’d put Winick in that category, too. But Zdarsky is the best to build with the blocks he’s been given.

I saw on Twitter that Chip has described this run on Urban Legends as his own attempt to work out his personal “daddy issues.” Few better characters suited for that than Jason.

Yeah, Collins and Barr are his real competition. But, while I like Under the Red Hood and Red Hood: Lost Days, I’ve increasingly come to realize that Winick hasn’t actually done a lot of character research on Jason, so while his additions to the character are really interesting when synthesized with post-Crisis, pre-death Jason, it kind of knocks him off the pedestal a bit in my mind. Whereas Chip Zdarsky shows his work on like every page, which is literally exactly the sort of thing I’d write myself if given a shot at a Red Hood book. That gets it a lot of credit from me.

I’d like to talk about the headstone on the cover. I can only imagine that Bruce commissioned it, and like, why.

I assume it’s referencing the gravestone we saw for Jason in that one issue of Gotham Knights where Bruce takes Cass to Jason’s gravestone. I think it was also on the cover for the… Batman Annual issue that tells the story of how Jason came back to life?

I’m probably the person on these boards who’s done the second-most research on Jason Todd (and I’ll dethrone Knoxx one of these days, dammit!), but my visual memory isn’t always great, so you can take that with a grain of salt. Still, I am sure I remember seeing this gravestone before somewhere, so I would imagine it’s probably a reference.

EDIT: Oh, wait, it might also have been Hush? I may have to get together a Jason Gravestone Compilation after work.

Look forward to reading both of these, I enjoy Chip Zdarsky tale spinning.

OMG Zdarsky do it again, this is going to be an amazing delivery.#BatmanUrbanLegends