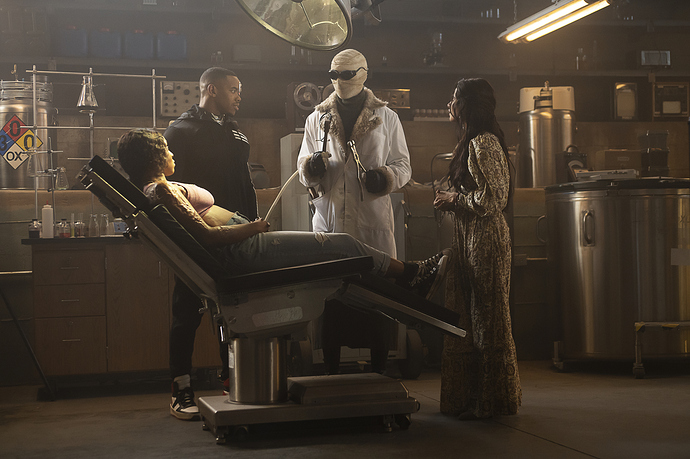 We’re finally back with our feet planted firmly on the ground…just in time for things to get weirder.

A package arrives at the Doom Manor that says ‘DO NOT OPEN’ all over it – it’s the original painting that held Mr. Nobody and Beard Hunter – except they’re now both gone.

The team is all acting weird – it turns out the package they received was filled with scants – pink humanoid pests that place bad ideas into your brain and push ‘idiot’ out of your ears (only visible to scants) – the scants use the ‘idiot’ to feed the queen which gives her extraordinary powers and only those with butthole masks can breathe without the scants going into your head – eventually, the bad ideas will compound and lead to the death of the infected.

Willoughby Kipling is called to the Yukon by Niles – Kipling tells Niles he will make sure it’s done and Niles doesn’t need to worry about when and where – assumption is it has something to do with Dorothy.

Whew! We can barrel guess what will happen next!

You left out the Miranda stuff - resistent to the bad idea mind control but hiding a really super bad idea. Then we find out Scarlet Harlot’s station is closed and Pretty Polly is worried Scarlet is missing. Is Miranda killing off alters? Or is she unifying them? When she is done will only Miranda remain and the kid is gone too?

I loved “What happened to Mr Nobody?” “Oh, he got some new animation voice over gig and took off”

so Niles is finally taking some responsibility for what he has done to the others and told Cliff’s daughter what really happened to him. I respect his character for finally doing something meaningful instead of just saying sorry all the time but still Niles is a ass for tricking Cliff and ejecting him out of the ship to make a crash landing like that.

there are so many little things in the story to get through and not enough time left in this season. we better get a season 3 cause this show is awesome and we need some more answers to the characters personal stories. hopefully Cliff can work out something with his daughter cause he would make a awesome grandpa if he can cut back on the swearing around the kid. plus he is a giant robot, Cliff will literally be the coolest grandpa and toy any kid could get.

Okay. So Niles sucks, the candle monster sucks, Vic’s new girlfriend sucks and Miranda sucks. Like really. I’m guessing Miranda made the decision to kill Scarlett harlot cause of the scants but I really hope that’s it cause I seriously wanna meet the rest of the personalities. On a side note, Cliff might actually get his daughter back. That’s like the best news we’ve gotten all season. Can’t wait for the next episode. Or the next season. I don’t see any reason to cancel the show ever. Lol

Knew this was going to be a weird but funny episode form the moment I saw the Kite Man quote on the billboard that Cliff crashed through. So looking forward to what happens next but not wanting the season to be over so soon. 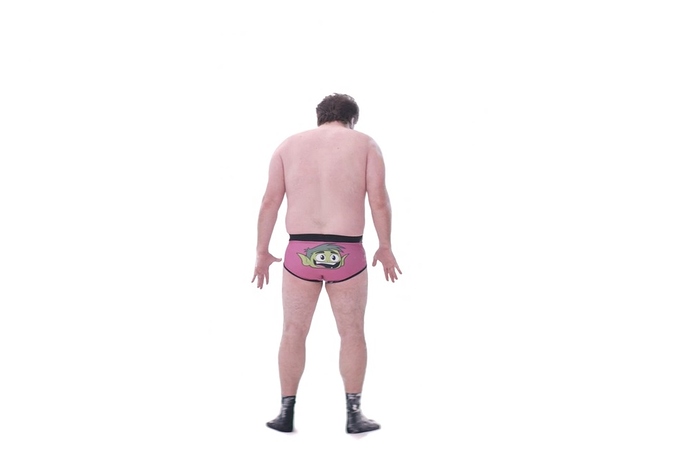 Wow. Hilarious, touching, and scary
The “dumb” segments were a joy. Although it became truly horrific beneath the comedy. Nightmarish.
Rita’s storyline was handled masterfully. When she breaks down and asks about “fixing something inside that her mother broke”, I could feel her pain. Well-written and flawlessly executed.
Cliff with “one more chance”. Hope he doesn’t &%$ it up.
Oh, Niles. Why do I have the feeling he’s going to &%$ it up.
Although I really dig Miranda’s “hippie chick” vibe (it’s a real-life weakness for me), I don’t trust her. I miss Jane. She’s going Sherlocking in the Underground which will hopefully prove her worth as Primary.
How are we gonna fit this all in two episodes?!

Other way around, right? Niles just had to specify where and when; he didn’t need to worry about what Kipling would do to her. (Although the Ep. 8 preview suggests it doesn’t go as planned.)

Anyone else really want to read “My Side” now? (Book club!)

Also, “you suckle my baby carrot like a bashful foal,” is now added to the list of phrases I can never unread.

Well the Underground has already started their Book Club on “My Side”. With next episode being called Dad Patrol, I imagine Cliff’s Daughter will give birth to her Child and Cliff will run around saying “I don’t know nothing about birthing Babies!”

No surprise that it was another great episode. But how did Cliff’s clothes not burn up on re-entry?

Loved the billboard. Quotes from Gerard Way and Kite Man (“Hell yeah!”)! That and the well-timed pop-up for Harley Quinn were hilarious.

I’m very confused by the Chief. He admitted his guilt to Cliff’s daughter. But if he’s trying to do right by him, why eject him into space? Was it purely because he was taking the detour to the Yukon to seek out Dorothy’s mother? You couldn’t drop Cliff off at the manor before this? Also, wow, Cliff’s daughter had a working VCR?

Things don’t look good for Dorothy’s future. But it sounds like it’s her or the world.

Actually liked Cliff better first season- this season he’s verging on self parody. Hope his daughter helps to redeem him this season.

Was that Kiteman? Pretty sure it was Animal Vegetable Mineral man from Puppet Patrol.

Still one of the best episodes for so many reasons

Niles can design clothes that work in space but cant make a decent robot body.

Wait – did Kiteman review the book ?

Sorry . Thought you meant the picture.

I want to be Larry Trainor for Halloween.

Is it bad that I prefer Miranda to Jane? Lat season Jane was always so hostile and such a downer, and we barely got to see the other personalities. We’ve only had Miranda for one episode and i love it.

We did the family Doom Patrol last year.

Get a white spandex mask from Amazon and loosely stitch bandages to it . Takes about an hour