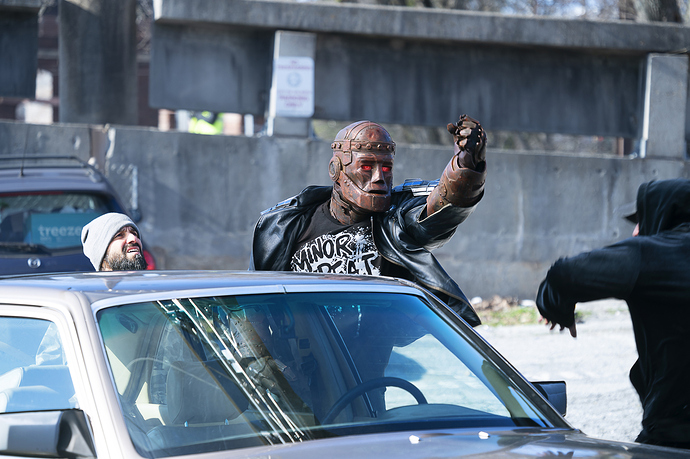 Holy WOW - what an episode this was!

Jane admits that she’s out of her drugs and has been kicked from being primary because she was addicted to the drugs when she should’ve been looking out for Kay.

Vic keeps having nightmares about Roni and her secret, so he and Cliff go to talk to Roni. While Vic is “apologizing” to her, Cliff tries to stop a carjacking but loses his finger in the process.

Larry and Rita go to help clean out his son, Gary’s house, so his other son, Paul can sell it. However, Paul turns him into The Bureau of Normalacy and, though Rita tries to protect him, Larry’s grandson gets shot.

So we finally get to meet Dorthy’s last and most powerful friend. So is that the end of Baby Doll? Larry is really having a tough time trying to make amends with his family. On a lighter side I would watch the buddy comedy of Steele and Stone. I still can’t believe that after Cliff stoped the car thieves and detached one of their fingers he put it down his pants.

I’m still in shock about Baby Doll. I tried giving Dorothy a chance, but I don’t think I can like her after this episode.

Larry’s son sucks. Was Larry just supposed to not get captured and experimented on? I suppose he could have returned after that, but last season, Larry’s wife left him. So, I didn’t get what point Larry’s son was making there. Larry’s other son totally got the raw end of the deal. I get Larry was messed up for not coming back into his sons’ lives, but after learning about what the government did to him, your first thought is to send him back there?

Rita and Cliff trying to go out into the world and reclaim some of their old self was great. I like that Rita bombed her audition and Cliff didn’t heroic properly. Cyborg is doing the same and I do like Roni. I wonder what else is in her past and if she’ll be getting her upgrades back.

The Candlemaker needs to get taken down.

I knew this episode was going to end badly the instant Niles left Dorothy and Jane (the Baby Doll personality) alone together. what was he thinking putting the two most mentally unstable people together and leaving them alone?! Niles needs to figure out something for his daughter fast cause even though I feel sorry for her that doesn’t change the fact that she is unstable and dangerous requiring way more supervision then she is currently getting.

although it is nice seeing Rita at least trying to improve both at life and controlling her powers. Larry must feel like crap right now, his own son wanted to kill him and his grandson died all because he just wanted to say goodbye at his other sons funeral and try to make peace with his family. looking at all of this happening and knowing it is completely Niles fault why all their lives are like this now makes it hard to feel any sympathy for him and his current dying situation. Vic’s father is right, Niles is a monster regardless of how sorry he is about it now. sooner or later Dorothy will learn the truth, it would probably be best if Niles just told her the truth about himself rather then randomly figuring it out and risk sending her into another blind rage.

When you think this was gonna be a wholesome episode about Dorothy and Baby-Doll playing together and Larry bonding with his family. 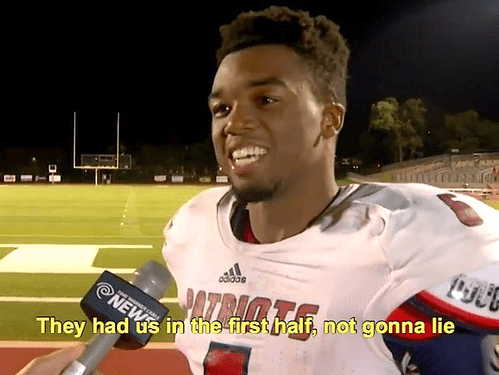 Katy is lowkey petty for doing Dorothy like that.

The Candlemaker is NO JOKE. Didn’t expect him to go into the underground and wreck everyone.
I still do feel for Dorothy because the circumstances she’s been put in her whole life + Candlemaker messing with her mind. In retrospect having Jane & Dorothy’s instabilities together was a recipe for disaster.

Larry’s son is an a-hole for what he did. I understand his frustration towards Larry for what he put his mom and family through but Larry clearly does care even though ‘some’ of his actions speak otherwise. I just think what Larry’s son did was too far.

Steele and Stone…! Didn’t know I needed that in my life but glad we got it.

I’m still in shock about Baby Doll. I tried giving Dorothy a chance, but I don’t think I can like her after this episode.

I was really shocked Baby Doll was willing to kill Dorothy. While both instigated each-other Baby Doll, Flaming Katy and The Candlemaker really pushed Dorothy over the edge. I still hope things can be remedied with Dorothy but it’s getting tougher with The Candlemaker around and The Cheif still calling bad shots on how to handle her.

I know so much just happened, but really nobody even going to mention poor manny yet

This episode had it all: Rita’s shallow ambitions, Larry’s, um, family, STEELE AND STONE, which legitimately had me LOL, and the edgy BFF between Dorothy and a very temporary dominant Baby Doll which bore out the edginess, the finger!, the WTF of the ending.

Holy moley, he quickly corrected himself. This is arguably the best single episode yet.

HUGE congratulations to each and every member of the cast and crew for giving us a show of this quality!

And here I was wondering if the pronounced lack of Alan Tudyk was going to affect the show for the worse. HA!

Once again, Larry is the heart of this show. I wish that discussion with Paul could’ve gone better. I’m glad Rita finally got to save someone.

My favorite part was the Steele and Stone part! So funny.

That ending…wow…and the Steele and Stone Montage!

Only three words can sum up the end of this episode…

The Chief is a terrible father as well as a bad man. My heart breaks for poor Larry after his son’s betrayal. Cliff was very funny this episode. Poor Babydoll.

It’s the show that we didn’t know we needed.
Then i love how the reality was completely different of how Cliff thought it would be.