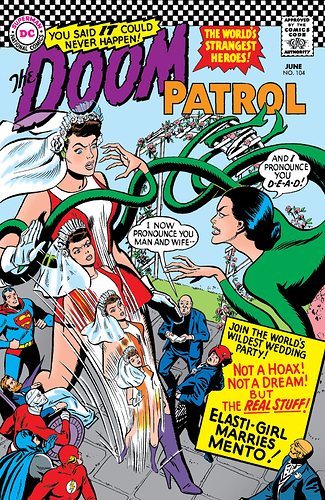 “THE BRIDE OF THE DOOM PATROL.” After much soul-searching, Elasti-Girl finally agrees to marry Mento. But before the wedding bells can sound, Negative Man and Robotman will have something to say!

Welcome Doomsters to another strange week of Doom Patrol Club! This week we’ll delve into more strange adventures of the group and along the way learn some interesting things!

Can start your reading journey here:

As always I’m interested in what you have to say on this and any and all thoughts feel free to put them down below and…Let’s Discuss!

Not a wedding! That can’t be safe.

Nothing is ever safe 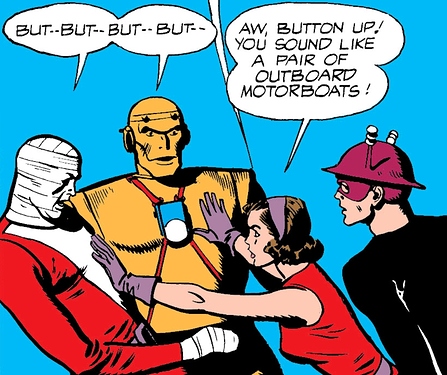 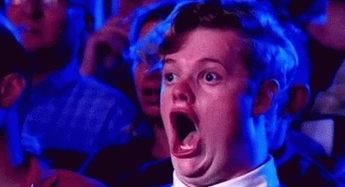 Ha, accidentally saw this on tv today. The chief is really into “crazy, unethical experiments”

Okay, this is really one long connected story, which was very unusual for its time. The wedding, as we suspected, was totally bonkers. I’m glad the guys came around to supporting whatever Rita wanted, but I’m still not a fan of the world’s 5th richest man. I mean he did kind take her from her house against her will, ie kidnapped. 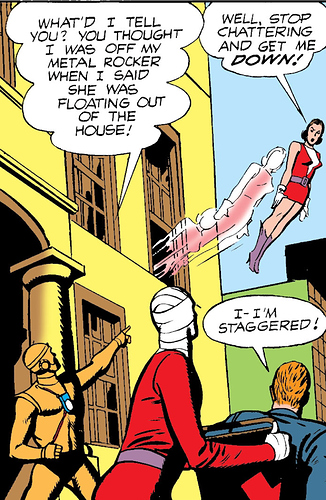 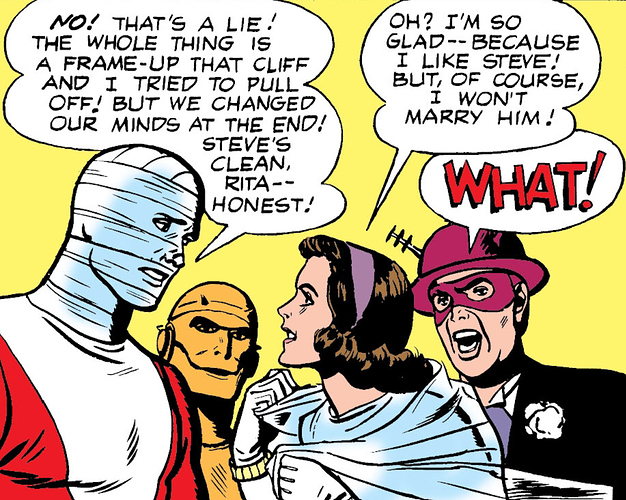 image1536×1225 1.2 MB
Why does Steve insist on wearing his Mento helmet to the wedding? And that newspaper seller is kinda cruel. 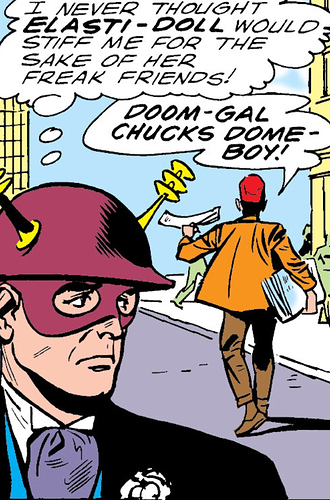 Lots of good stuff after that, including this fine adventure in the microverse. I thought they had sorta sidelined Rita for a bit, or at least underplayed her power. But she came roaring back as the the biggest butt kicker on the DP for multiple issues in a row. 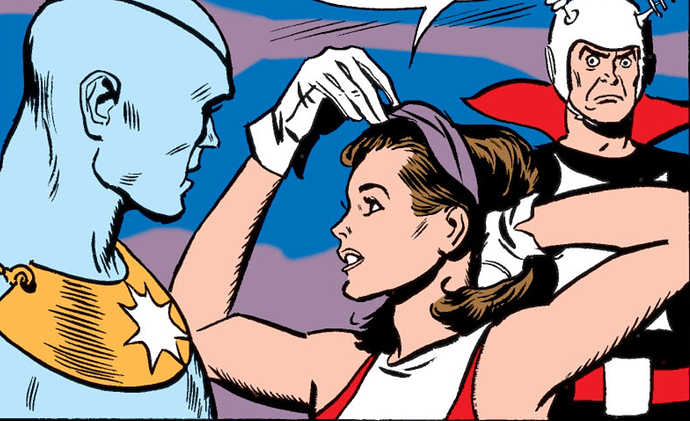 Right, thanks for the thoughts on this

While I feel like this relationship with Mento feels rather forced, I like that so far At least Rita still feels like the strong, independent character we’ve grown to love. So far… 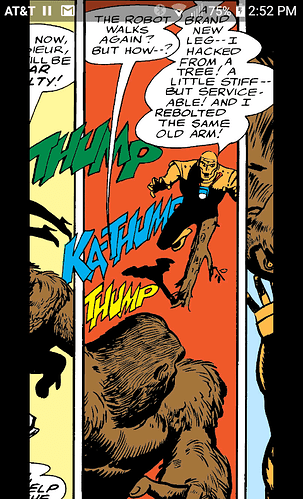 I’ve heard about “going green,” but this is ridiculous! 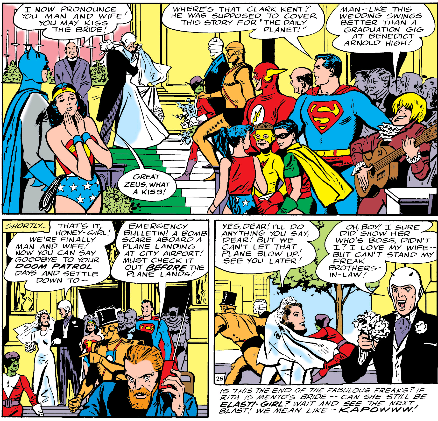 Not often you see the more traditional superheroes in DP, so that’s pretty cool. But really, Diana? I doubt Mento is that good a kisser.

“…Alright, fine, I don’t care about the wedding. I’m just here for the free bar!”

Finished up with these issues, and I agree with @msgtv about how Rita really does some awesome stuff in these issues, even after getting married to Mento – surprisingly subversive for its time. I like how not only is there a continuing plot from issue to issue, but we see the characters slowly start to bond, like Cliff saying that Mento has guts for shrinking down to save Rita, or him being happy to see Beast Boy again. The whole domestic drama of Rita, Mento and Gar is also good – while Mento is clearly just doing it for Rita’s sake, her motherly affection to Gar is pretty nice.

Speaking of that whole shrinking incident, I wonder if the civilization in the atom in that issue is the same ones we see in the trailer for season 2 of the show, the pinkish aliens in the white room that threatens them with spears.

And speaking of the show, now I get what you guys were talking about in the WAL for Doom Patrol Patrol when Mento was talking about Ultimax! He looked so similar to another giant robot from earlier in the series that I just assumed that was the same one.