Doom Patrol and the Emancipation of Rita Farr (Spoilers!) 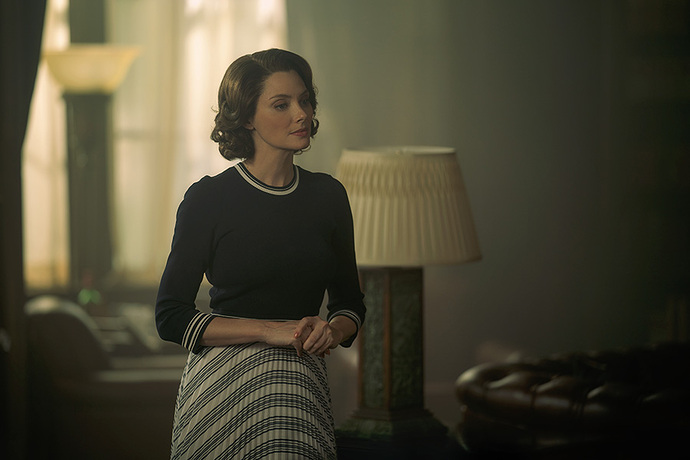 With a name like Elasti-Woman I guess we shouldn’t be surprised at how malleable Rita Farr’s life has been.

If you’re following Doom Patrol, you know that the latest turn in the former starlet’s life came at the end of last month’s “Bird Patrol,” where we learned Rita was behind the Sisterhood of Dada’s strange plan—a mind-bending event known only as “The Eternal Flagellation.” (I won’t lie, I first misheard that as “Eternal Flatulation,” which would’ve been on-brand for Doom Patrol. ) To help make sense of the latest developments in Rita’s life, let’s take a look at how we got here.

The narration during the first act of “1917 Patrol” laid most of it out perfectly. As Rita’s life flashed before her eyes, she realized that she has never taken control of her own destiny. Everything that has happened to her has been a result of her mother, Niles Caulder and various others. This echoes a conversation that Cyborg and Robotman had later in the episode about being the hammer or the nail. Rita has never been the hammer, and the revelation breaks her.

To read more about Rita Farr and Doom Patrol, head over to DC Comics!

Have you been keeping up with Season 3 of Doom Patrol? Let us know your thoughts in the comments!

Looking forward to checking it out the season once it is released on Blu-ray.

Rita Farr is always beautiful no matter what shape or size she is.