Just discovering it now and am blown away! Wondering if future series (post Infinite Crisis) stop the run of awesomeness.

Outside of these issues (#1-12) what other series runs are recommended?

The 1984 volume of the New Teen Titans (i.e., the direct market series printed on Baxter paper) goes through a big slump after the “Terror of Trigon” story (issues #1-5) and the subsequent issues drawn by Jose Luis Garcia-Lopez (the issues revolving around Lilith and Kole). The long Brother Blood saga, which ran approximately through issues #24-31 and 1986 #2 Annual, is considered a low point for the series.

If you want good stories though, I suggest reading issues #19-21. These issues reveal Speedy’s relationship with Chesire… and feature fantastic George Perez covers. The cover for issue #20 is one of my all time favorite Titans covers.

After that, just jump ahead to issue #71, which begins the great “Titans Hunt” story. This story is exciting and put the Titans back on track. The “Titans Hunt” ran for about a year, officially ending with issue #84, but the next couple of issues continued to tie-up loose ends. 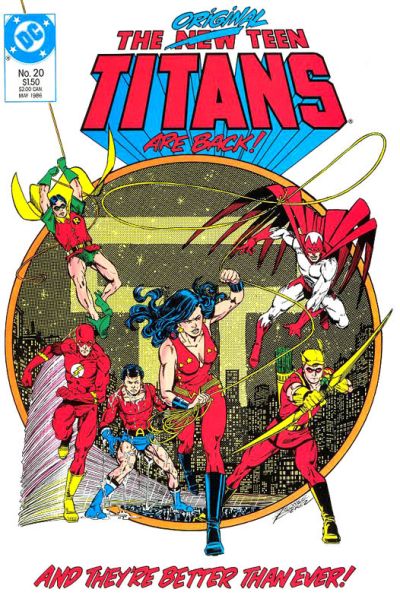