Does Anyone Else Feel DC Just Forgets About Certain Characters?

I hope I’m not the only one who feels this way but I feel like DC sort of forgets about certain characters. I’ve only gotten REALLY into comics a lot recently so forgive me if the answer to my query lies in Rebirth or New 52.

I mean I feel like DC has a huge diverse group of characters to write solo books about but they seem to recycle the same stories of Batman and Superman (I know bats is getting a bunch of new stories this year) when there are a lot of underused fan favorites.

Does anyone else feel this way and if you do feel free to share some characters you wish would get recognition.

Sincerely a Powergirl fan who is very sad she hasn’t gotten a solo book in 10 years.

I want to see Red Devil in the Titans again. He died in 2009 but returned in Prime Earth. However, he only had 8 appearances from 2013-2019 and then he died again. Pls stop killing him every 10 years.

Also, I want Linda Danvers Supergirl to be freed from hell and join Superman and the crew again. She’s been trapped there forgotten by writers since 2009.

I want to see Red Devil in the Titans again. He died in 2009 but returned in Prime Earth. However, he only had 8 appearances from 2013-2019 and then he died again. Pls stop killing him every 10 years.

Yes, please. I second this.

Pretty much. Part of me does understand considering the vast number of characters who have gotten any kind of notable development/attention. There’s only so much that can be done to consistently keep all of them around and give them interesting things to do. But for the most part, I do feel like they can do better in making sure that fan favorites don’t get pushed aside for long periods of time. It’d take a pretty fair amount of work to ensure better communication and a more efficient operation to make that happen, but doing so would certainly make for better character work and thus better stories in the end

Unfortunately it all boils down to one very simple word, money.
Bruce timm pretty much explains this in this video. 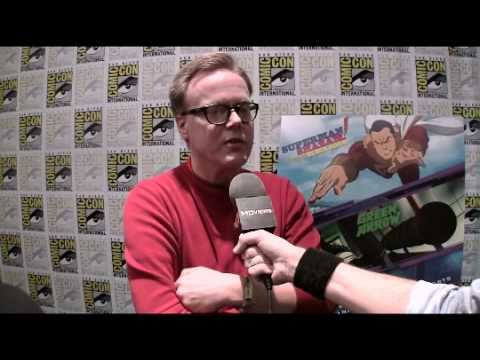 Corporations are mostly in it for the money. And you kind of have to be in a capitalistic society or your business won’t survive. So, it only makes sense for corporations to want to milk their most valuable assets. The same problem arises at Disney/marvel. I’m not saying you won’t see new characters being explored from time to time., but don’t expect it to be the norm.

I would really like a rogues series. I just love the fact that they’re just a bunch of regular guys with gadgets that grants them extraordinary powers. It’s such a unique concept that isn’t found in comics that often. 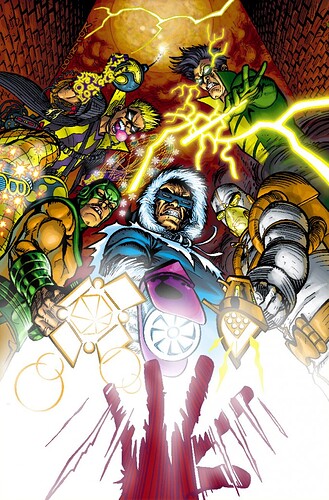 Plus they know how to compliment each other’s powers really well in battle. I mean who doesn’t like a supervillain family team, right?

Well do we really need them to bring back all those guys they ditched since newer characters just did their old role but better, especially if they currently have no fans.

Yep. Tim Drake is a character that they don’t know what to do with anymore.

They know to rename him “Damian” in “Family Matters.”

They know to rename him “Damian” in “Family Matters.”

Well, Tim was just a renamed Jason in The New Batman Adventures, so what goes around comes around.

not sure they know what to do with Damian either

They should give him a Mutant 2nd pair of arms. Then you have creators that would rather create their own version of a character or concept because they either don’t want to research the original or have plans that could potentially damage the original’s image.

Uno, the original Aztek, had a whole solo run and appearances in JLA and was a major factor in that story! Heck! He even made some cameo appearances in the JLU animated show. Reading the Morrison’s Aztek run, one is introduced to the plethora of powers Aztek and his battlesuit posses. Plus it was neat seeing a hero starting off locally and go through his trials to join the JLA. DC left cliffhangers but ended up just killing him off.

And although DC has reincarnated the character with Nayeli Constant under the mantle… they used her more as a side character with little substance. Her only backstory at the moment is that she was a software engineer from Austin. She too is part of the JLA but feels more like a tag along rather than earning it, especially with her role much more diminished.

DC should revisit the character and build her up more! Give Nayeli a more grounded origin. What problems did she face before the helm? Her friends and family dynamic. Bring in social issues. Aztek would also be a great way to introduce another pantheon. There is already a well established Norse, Egyptian and Ancient Greek pantheons in the DCU, adding an Aztec Pantheon would cover the western hemisphere’s ancient civilizations. Aztecs would make sense, with there enormous cities and pyramids! The potential for a great character is there IMO. DC definitely should revisit. 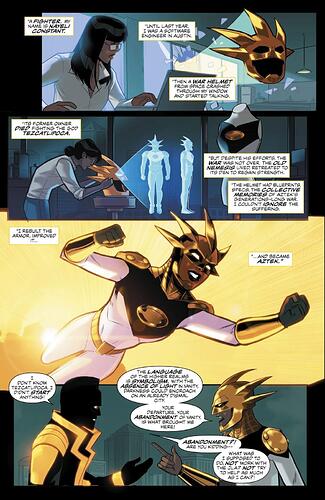 They just had their own special.

It is kind of inevitable. There are over 22,000 DC characters, and only so many comics every month. I guarantee there are some characters we’ve all forgotten about.

Thanks for the info

I’m gonna read it right away.