Does anyone collect the imaginext figures?

I have a nice little collection now, and they have a surprisingly wide range of characters. It is a little kid-ish because they’re low quality and they’re in the fisher price section. But I’ve come to love em.

While I don’t collect them, I’ve gotta say, the characters they offer are impressive. I once saw a multi-pack that had Ra’s Al Ghul, Solomon Grundy, Batman, Hal Jordan Green Lantern, Martian Manhunter and Harley Quinn. That’s an impressive variety of characters. I’ve seen their Clayface figure which is huge and lets you put a figure into it’s mouth (I’ve also seen they released a second version which was different but came with a Robin)

I wish these would’ve been around when I was a kid. I would’ve LOVED these growing up! They even do playsets! So many figure lines dump playsets these days, so they remind me of simpler times.

I like the idea of having multiple versions of a wide character selection to collect from. I also feel like it’s a great way to get younger children into it, especially with the playsets. Could make for good times bonding with the kids; if they happen to be into it. May end up getting a Superman from the line for my 2 year old (she looks at daddy’s figures and says “ma-man!”). As an adult collector however, they just don’t suit the aesthetic of my display.

If they ever do a Booster Gold or Ted Kord Blue Beetle, I could see myself falling down the rabbit hole on these. And now they have blind bags of just the figures.

Love the answers. Yea i collect em for now, but my oldest is 3 now and he’s already playing with my old toy collection i gave him of dc stuff, so i wanna give this too my 1 year old soon.

I do. The DC Super Friends segment of the Imaginext line has an amazing character variety and is clearly overseen by people who know the source material. You don’t get Swamp Thing, Kingdom Come Superman, Flashpoint characters, Zero Year and 11 years of oh so MUCH more from people who aren’t DC fans to some extent.

There’s a couple new releases in the line right now BTW. One is a new Joker’s Funhouse playset (completely different from the 2014 version) as well as a large Clayface that comes with the Damian Wayne Robin and a container of “clay” that can be used with Clayface, who features a chomping mouth action.

Amazon has the Joker playset and I found the Clayface with Robin at Walmart two weeks ago.

We had a lot of these when my kids were younger. I really debated about keeping them but I have so much "stuff"I collect I just couldn’t bring myself to keeping them all. What I have left is a Batman and Robin in what looks like a mini 60’s -ish Batmobile and a couple loose figures. It is an amazing line though. Very durable to be played with which was awesome since so many toys are really made for display these days.

The latest single carded Killer Croc is out. He comes with a pet croc that has a snapping jaw action feature.

Here he is from eBay: 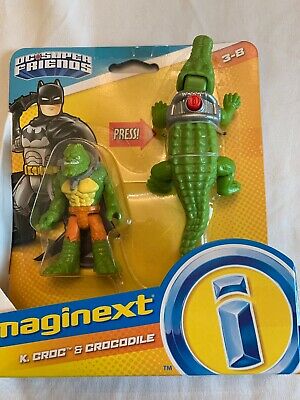 The Riddler and Two-Face two-pack is out. I saw it at three or four Walmarts earlier today (Tuesday). 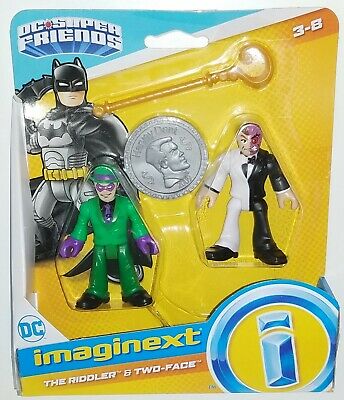 I have some of the original ones form when DC Imaginext first came out.

They made the “spinner” Batmobile from Batman: White Knight! 80 smackers! 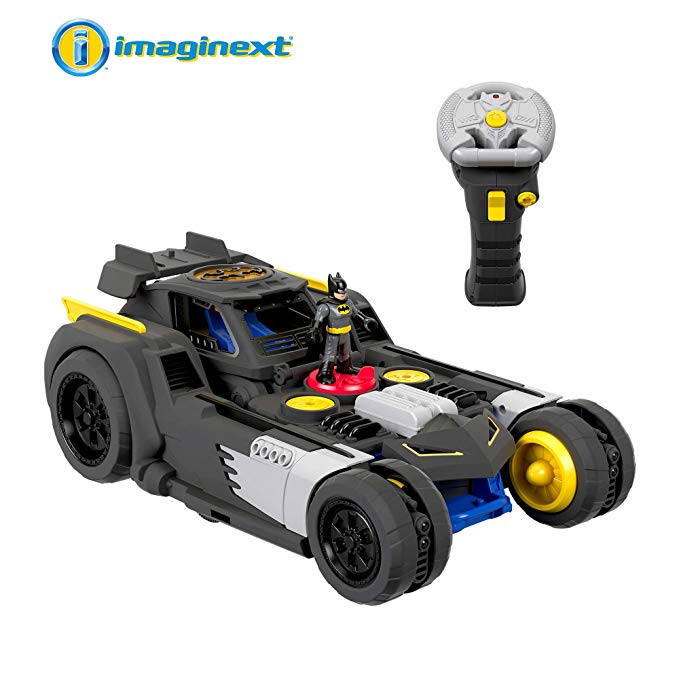 @Vroom
That coin is dangerously large for figures of that scale.

@Batwing52 I like to think the designer was channeling their Dick Sprang fandom by making the coin so large.

hears someone say “It’s that size for safety purposes.” to which I say “I like safety porpoises. They’re cute and friendly. They like it when you feed 'em a fish or two.”

I have that two face, his coin is way to big lol