Does anybody else secretly like Grant Morrison's Animal Man more than his Doom Patrol?

So, unfortunately it’s not exactly available on site, but the recent success of Doom Patrol strangely enough has me thinking about Morrison’s Animal Man. There have just been moments, two single issues in particular, that have really stuck with me. Despite reading it nearly a decade ago, I think about them quite a bit. There’s not a Doom Patrol issue I have the same attachment for, despite enjoying the series. The Flex Mentallo miniseries is another story, but back to Animal Man. The first of those issues is #5, “The Coyote Gospel” and the second, #32, the final issue (yes that issue, I don’t wish to spoil it). Just curious if anyone else felt similarly. Seems to be a good number of Vertigo fans in the mix here. 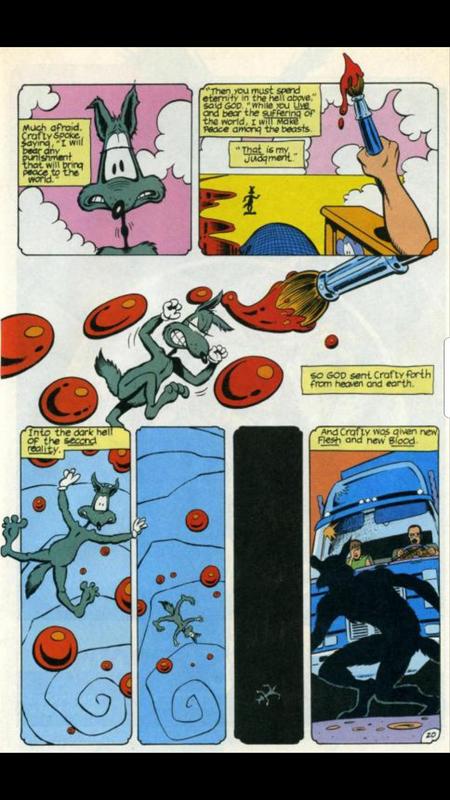 I want to read this run so bad the fact that we have a television show based on his Doom patrol run is bananas to me. After finding out he did and animal man run I ran to the app to read it only for it not to be available… Bummerrrr

It’s not a secret with me at all. I found Animal Man much better (and also not nearly as confusing).

I think they’re really hard to compare, particularly in regard to Morrison’s writing. Both showcase different ways that he plays with meta-narratives and tackles heady concepts, but in wildly different directions.
Animal Man is, in my opinion, Morrison learning to use superheroes to discuss real-world issues, and you can watch him process his own relationship with things like vegetarianism, activism, and eco-terrorism as the series goes on—which is why the self-insert at the end works so well.
Doom Patrol is more about Morrison discussing art and mental illness, often in very abstract and messy ways. They’re complex issues that Morrison doesn’t have cut-and-dry answers for the way he does with the environmental issues addressed in Animal Man. That may make it feel less satisfying as a story, but to me, it does the thing all great literature does: it leaves me asking questions.
I prefer Doom Patrol, but Coyote Gospel is among my all-time favorite comics. Honestly, it comes down to the fact that Chas Truog does’t hold a candle to Richard Case.

Read 'em both when they came out. I couldn’t wait for the next issue of Animal Man to come out at the time. I’ve even gone back and re-read it at least twice. Animal Man was good stuff and Brian Bolland did some amazing cover work. 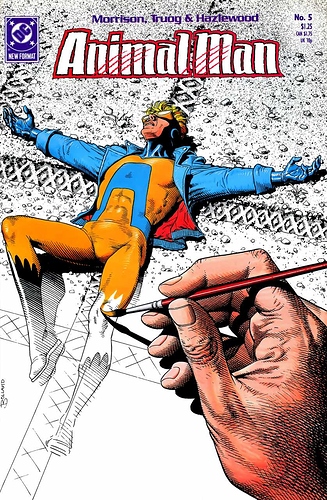