Ahh, my Justice League Dark team grows! While technically Nelson here isn’t on the JLD, he’s usually involved somewhere in the story… I love the weight of these lead figures, god damnit they feel like absolute solid bricks…
Okay so I have Swamp Thing, Boston Brand (Deadman), Phantom Stranger, And Mr. Mopey himself John Constantine, and now Doc Fate… Up next I need Spectre and Etrigan… Zatanna I’m not sure if they even make her… and I may add Adam Strange here just because… 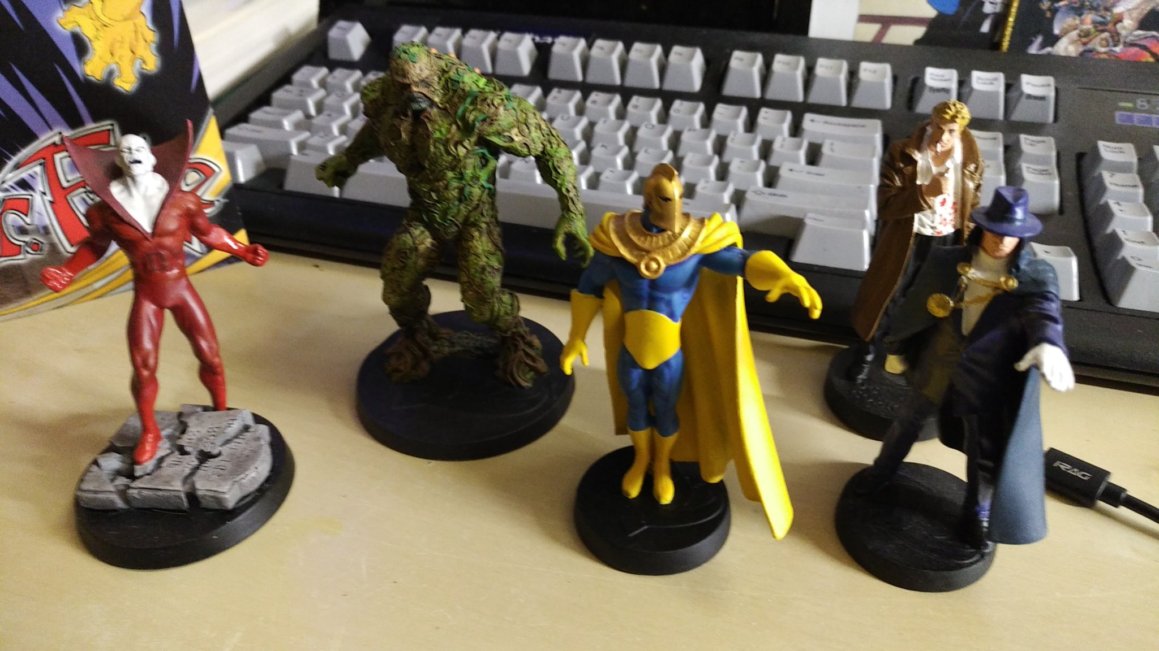 . What line of figurines is this from?

@moro, they’re from the Eaglemoss line. Really really great quality. The only one who is severly lacking is Constantine. He’s not in the same production run as the originals were. He’s made of a cheaper plastic with not the best paint job. The others though are superb. Matte painted finish, solid lead, and nice and heavy

Nice! That’s a cool collection. I was thinking of a very similar display, so dope to see you there already!

I love eaglemoss, i have the question figure and swampy.

What site do you use?

@LexCorp I got most of these from ebay/amazon
@Biff_pow don’t blame 'em! lol yea now that you mention it though, I wish both didn’t have teh same exact pose

Wow, so I got Zatanna in the other day…and damn what a solid disappointment…she’s in the same quality as Constantine…cheap pvc plastic, with a laughable paint job on the face… Not as solid or heavy as the others…I swear Eaglemoss has turned down the quality on these guys by alot… 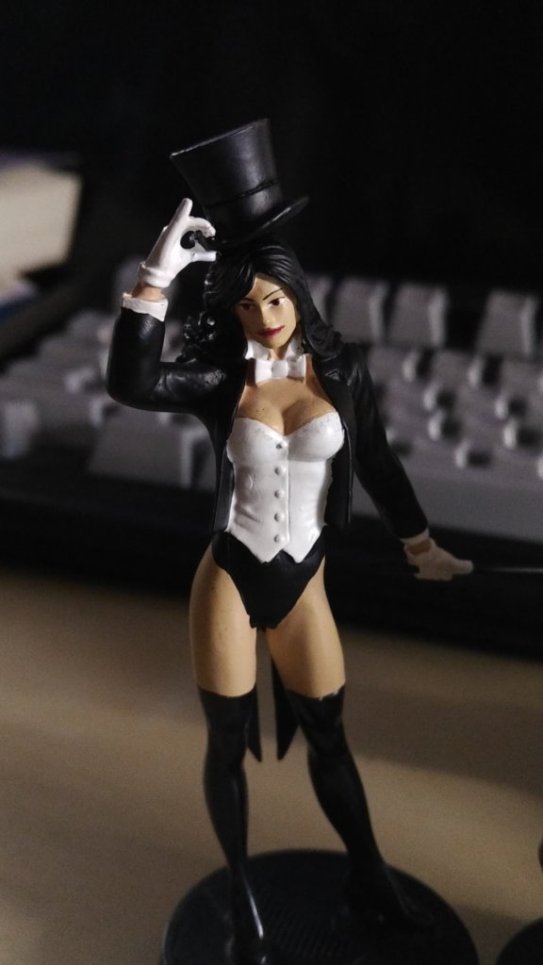