Do you think Titans is a step up from teen titans go?

First it was teen titans, then teen titans go, and now titans. I personally think that teen titans go was an “ok” series and was kinda a step down from teen titans. I also think that titans was a risky move that went incredibly well. But one of my friends said that he didn’t like it because,”Titans didn’t stay true to the characters and the actors where terrible picks for their role”. I disagreed and now I want to know what the majority thinks about dc going from teen titans go to titans.

Nope. Titans was even worse. It was the equivalent to the Hiroshima bomb.

Lol! Titans is so much better than Teen Titans Go! They aren’t even the same type of shows. Teen Titans Go! is a show catering to children who like fart jokes; and Titans is a well written, shot and directed, adult series, that is a very grounded and different take on the Teen Titans/Titans franchise. You can’t even compare the two.

Yes. But Teen Titans Go is for KIDS! People need to understand that

Is Tim Burton’s Batman a step up from the Columbia Batman serials? In every conceivable way. They’re both fun though.

TTG is a fun, goofball show. The “DC is so dark!” crowd would do well to watch it.

TTGo is silly fun and the creators are good at what they do, but Titans is in a league of its own.

Loving titans …can’t wait for the next ep so Na not a step down . However I did enjoy the original teen titans cartoon series

TTG is a joke of a kids show but hey got to make money on the kids some how, I love DC for its darker side and the new titans deffinaly shows that side, granted there are some draw backs, the fact that starfire dresses like a gogo dancer with parachute pants all the time is lame, but to see Dick trying to become his own person away from batman and his transformation going into nightwing is cool, or the fire in Jason Todd that makes him the redhood. Starfire is different from the animated shows, I like that she’s not a clueless helpless woman who needs rescuing every episode. The story line seems to be based on ravens father trying to take over the world(titans vs justice league) but with a different origin, I wonder how long that story’s gonna last and if we are going to see any of the other titans like Wally(kid flash), Roy(red arrow), since we saw Donna.

Honestly, I used to hate Teen Titans Go! I thought it was inane and a disgrace to the original animated series. Then I told myself, hey, I don’t think I’m the intended audience anymore, because younger kids seem to really love and enjoy watching it no matter how ridiculous and far away from the source material the show is. Yeah, I was bummed that there wasn’t something for older audiences at the time, but now I think that cartoons like TTGo! are the perfect way for young kids to get into superheros and comics and explore more of the real stuff as they get older. But do I think TTGo! should be compared to Titans? Absolutely not!

First of all, you have a different media form (live action vs animated) so that’s going to completely change what can and cannot be achieved in an episode. Then the fact that Titans is a M-rated show, and is on a subscription streaming service. Titans is aimed to please adults, not children. Though the question on whether or not Titans trying too hard at being “dark” and “edgy” and whether that is pleasing to said adults is another thing altogether.

If Titans were to be compared to another show, it would have to be something like Arrow or Supergirl. In those respects, yes, I think Titans is a step-up.

The og Teen Titans was meant for all ages. TTG is for younger audiences. Some episodes are pretty funny for older audiences too.

Titans is exactly what I want in a mature-themed, live-action superhero show. As such I’d put it in my top 5.

While I liked TT, I find TTG to be absolutely insufferable.

TTG is my favorite of the three, but all of them are so different. It’s a testament to the characters that they can find an audience no matter how differently they are interpreted

I became a New Teen Titans fan around 1986 so when the original Teen Titans cartoon came out, I felt it was like none of the characters I know. It’s funny seeing people base their knowledge on characters based on their experience of discovering them. If you got into them in the 80s the darkness of Titans doesn’t suprise you one bit. If you got into the Teen Titans in the early 2000s you are probably utterly shocked. The Titans I grew up with saw Dick Grayson question himself and join a cult and engage in a fist fight with Batman over Jason Todd. Kori was a pin up model that the Titans had to train to be less sadistic. Cyborg was a freak not comfortable in his new skin. And one of his best issues dealt with domestic abuse. Raven was in love with Nightwing and also was afraid of the darkness inside her and losing control. I don’t think any of this was covered in the cartoons. Not to say those are bad, as those are your Titans. I have came to like them with age…but I really hated them when they first came out.

@shanty51.96774 I agree with you about the darkness and the characters, except Kory was always told to be less violent rather than sadistic, I feel. I love #TeenTitans, even thought they really aren’t that accurate. I feel they kind of switched Kory and Raven. In the comics, Kory was sometime bubbly but could get really violent, and Raven was the calm and collected one.

Teen Titans GO! Is an absolute abortion of a show.
It doesn’t portray the characters as they are in the comics at all.
As far as I can guess, it’s purpose was to captivate an audience demographic age range of 6 months to 6 years old.

@shanty51.99774
Well said. I couldn’t agree more. I was born in 1980 and started reading TNTT comics when I was 6 or 7.
One of my very first memories of TNTT was the issue with Starfires wedding “Day of Disaster.”
I’m absolutely loving Titans so far and can’t wait to see the finale and how the show evolves in season 2. 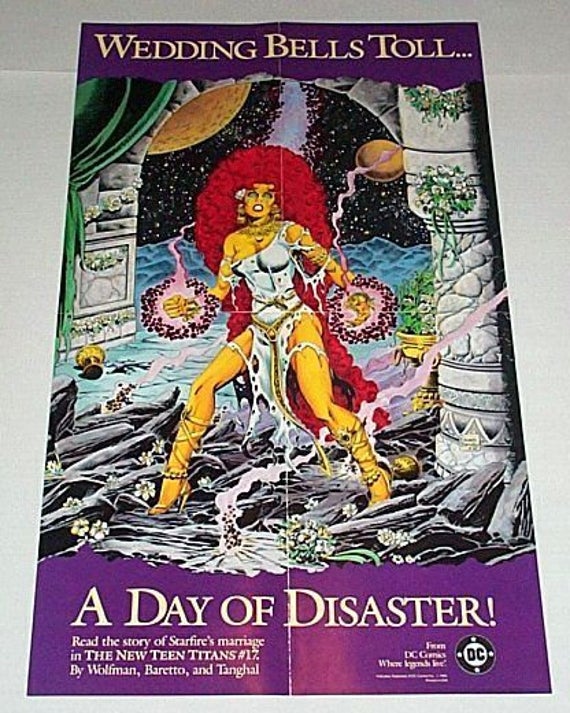 Alot of people said Teen Titans was bad and hated it when it debuted in 2003, and look at the audience it has now.

I’d go with Titans as my favorite of the three Titans oriented shows. The Titans seen in Young Justice, Justice League vs Teen Titans and TT: The Judas Contract are my favorite animated renditions of them.