Do We Have a Group For Graded Comic Collectors 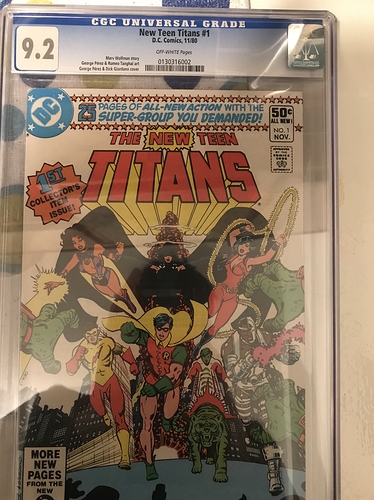 I have older non graded issues as well, of different comics of course. Like Joker #1

That’s awesome, I wanna get mine sent in and graded to build my collection!

Not to rain on the parade here, but I’m genuinely curious: what is the point is to grading comics? The way I see it, you pay a third party a lot of money to vacuum seal a comic and give it a rating, and then all you can do with it is keep it on a shelf or sell it off to somebody else at a higher price.

I may just be ignorant of some underlying point to the whole system, but I figured I’d ask.

It’s okay everyone has opinions, the reason I like collecting them is because it can be considered an investment. Like you said keeping them and then possibly selling them off in the future if I truly needed to, it’s the same for collecting statutes, they look nice and provide conversation starters for parties and so on.

Yeah that’s a fair point! Especially now that most comics are digital, you can have the physical copies graded and still read the stories without compromising the seal.

That’s my thoughts exactly! Luckily the comic shop down the road from only sells older stuff. So I can find some pretty amazing collectibles.

Oh my goodness I am so jealous of you! That’s one of my all time favorite comic runs. Last time I saw one of those I think it was a 5 and around $1,500. Congrats and keep on collecting!

That’s awesome and thank you, I’ll be collecting until I’m no longer able to walk, as an investment for my offspring and so on.

The only graded one I have is Justice League #2 (9.8) from the DeMatteis/Giffen/Maguire era.

does anyone have any resources to go get comics graded? i have a batman crossover with spawn comic that’s pretty cool, albeit kinda disgusting at the same time. i’m pretty sure it’s not all that old tho

@grosch You have to send it in to https://www.cgccomics.com/. Unless you are going to a convention and they have a booth setup there. Then you can give it to them there.

CGC is the cream of the crop in my opinion for grading. There are other options, but if you are looking to get the most value later down the road, CGC is the way to go.

If you’re talking about the Todd Mcfarlane and Frank Miller crossover it was made in 1994 but is still considered a good collectible item especially if it’s in good condition. I’d get it graded and afterwards display it for all its glory!

That’s pretty awesome, If y’all are still following along on Friday around 1:45 eastern time I’ll be posting a few more photos in this thread to see which you all think i should get next! If you’re interested.

i’m pretty sure it is. the one with image comics.

Graded comics sell for a lot more money on eBay. That’s the long and short of it. Buying unslabbed comics is a risk. I think it should be reserved for high value comic or signed comics or especially high grade comics. But slabbed comics are cool. I think so anyways.

I have loads of non graded that if I sent them in to get graded they would be for sure 9.0-9.9s perks of having a comic store that only sells older comics.

Slabbed books are the standard thing these days. Grading is no longer subjective it’s set in stone. And once a book is slabbed it’s slabbed. If there are rusty staples or brittle pages it doesn’t matter. The grade is what’s on the label. There’s no more deterioration.

Of course this isn’t true in any real sense but for resale purposes it is. I like the cases, though. Unless there’s actual moisture or mold or something on the comic it’s probably the best way to preserve and protect. It does turn a comic book into a paperweight though

So here is my only slabbed DC book… 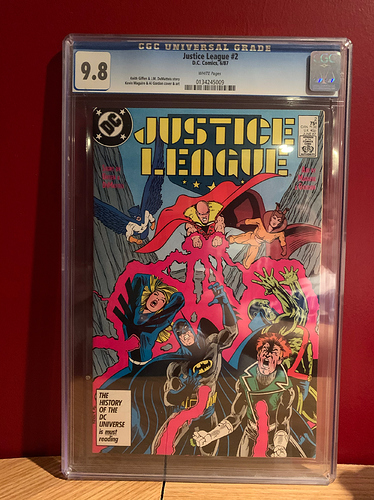