At Office Hours last Thursday, HubCityQuestion suggested that we could set up a play-by-post “tabletop” game to coincide with All-Star Games. A bunch of us have been talking about it in PM, but for visibility and public access, a regular topic will work better.

So, this is just a topic to raise suggestions or just generally say you’re interested.

This is what we’ve discussed so far:

I have already offered to either GM or co-GM. I’ve been role playing tabletop for well over 30 years

(jeez am I telling my age)

The reason I suggested that simplified D100 system I use in my other online rp is it’s really simple to use and less rules to know for beginners. I’ve found that new players can sometimes find the learning curve intimidating especially when it comes to combat systems.

Any roll over 50 means success, obviously the higher the roll the better it worked.

Any roll of 49 or under means it failed. The lower the roll the more things go awry. Anything under 10 means severe failure. A 1 is obviously a catastrophic fail. etc.

I have never actually played a tabletop roleplaying game but I have played many computer games in the genre, and watched a bunch of actual play streams on YouTube. It seems like oodles of fun.

Some people have expressed some trepidation about using Discord, and I did too, once, but it’s really no different from an old IRC chat room.

Who are those silly people?? Discord is the best thing ever!

Lol I understand where they’re coming from. It sounds like some new, complicated technology. And at first I was under the impression it was primarily voice chat.

My advice: Be very careful. Ensure any platform used isn’t overtly risky, some of us are on school/work devices
Another thing, unless we actually want it published, I would say be original. Plus, the only probable way to get it published would be by piquing a higher-ups interest.
Anyway, we shouldn’t have to fully base it on any existing platform.
Multiple games is always a good idea. We don’t want to crowd servers.
Lock up the server, if on discord. I personally HATE trolls.

Otherwise, I like the idea, we just need to execute this properly.

Character creation in the recent M&M Basic Heroes Handbook is pretty simple (vs. complex in the Deluxe Heroes Handbook). I played just last week and it was a blast! 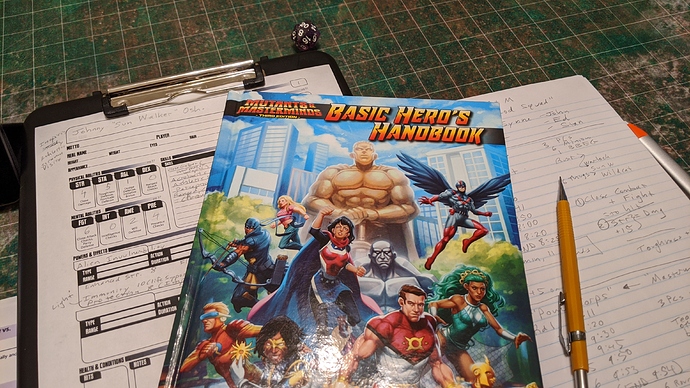 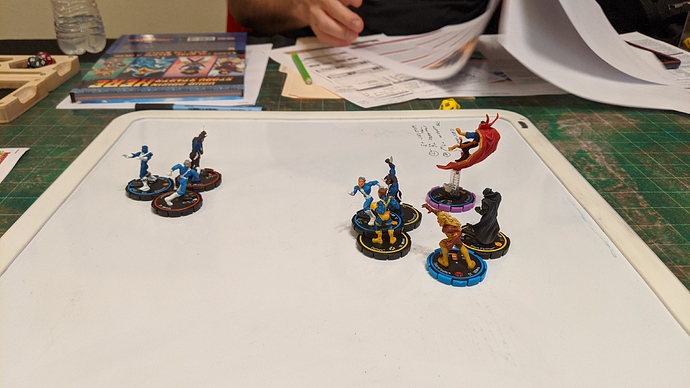 My plan would be something more writing based than tabletop rp honestly. That was why I suggested the simplified D100 rules. The discord server would likely be invite-only. One has already been created for the purpose and people could PM myself or @BatJamags for an invite to the server.

My plan would be something more writing based than tabletop rp honestly.

Can you give more of an idea of how it would work typically?

Different people obviously have different styles when it comes to doing online rp. Some people prefer to just RP using emotes, but that’s not really my thing.

The style my other rp group uses basically equates to actual writing of fanfic, with each character’s part being written by a different player. Posts can run from a few lines to upwards of 1000 words each depending on the player. Most of the time it’s all free written in a group chat without much if any advance planning outside the general premise we’re going for and a setting in mind. Usually there is a posting order involved to cut down on confusion on who’s turn it is next.

Usually it’s considered impolite to force actions on other player’s characters without their okay. People are encouraged to communicate OOC about the direction they’d like to see the story take. I hope this makes sense?

An example of some very basic but common sense rules:

1: Show other players the same respect you would like to be given. If you have a problem with someone in the room, please do your best to confront them directly, and not start drama here. We wish our server to be a welcoming and accepting place for players of all genders, orientations, and ability levels.

2: God moding, force posting, and over powered characters will not be tolerated here. Please be prepared to post at least a basic character sheet for all created characters, with a reasonable explanation of what your characters powers are, and how they could have obtained them. You will be given a reasonable amount of time in which to do so, but may not use your powers until your sheet is posted and your powers are approved by an admin.

3: Please keep your role-plays at least PG-13 in the chat. There will be no exceptions to this rule. Violence and language should not be a problem within reason, but NSFW role-play does not belong here.

I tried to post an example, but for some reason the forum messes up all the formatting, so here it is as a screenshot. 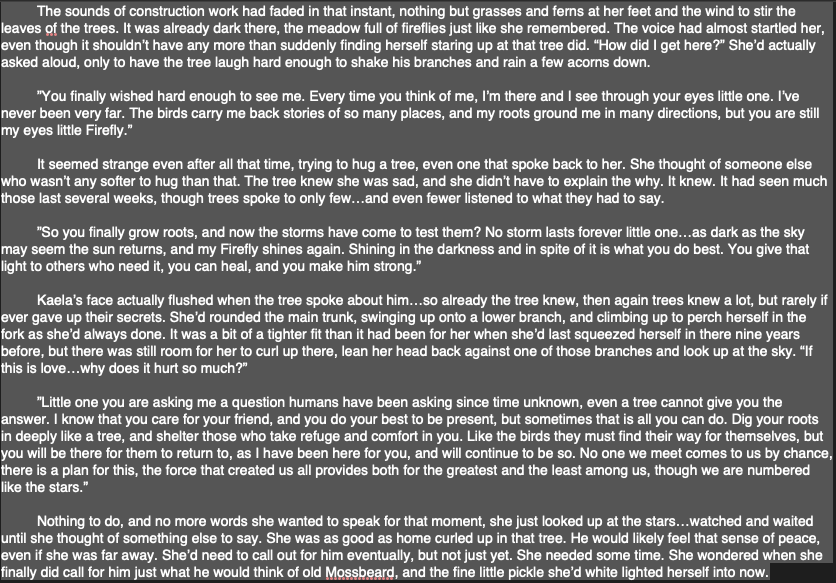 @Mae I think that fixed it

I don’t mean to be dismissive of anyone’s idea, but given that this was prompted by the announcement of All-Star Games, I had been under the impression that the concept was to do something more tabletop-like. That’s not to say that the less-structured proposal doesn’t also sound fun, just that we are to some extent talking about two different beasts. I think they could both even be done through the same group if we end up running multiple games (which all depends on how many of the people who expressed interest actually end up participating), but I don’t think it’s a good idea to drop the tabletop-ish format entirely.

So, here’s what I’m thinking is a good next step: Anybody with an interest in running a game pitches a test adventure, a brief story (ideally not taking more than a couple weeks to finish) in whatever style and format you prefer. We’ll try to form at least a small group for each proposal, run them all, and compare notes when we’re done.

The proposal would just be a brief plot concept, and some details about system, location, and scheduling possibilities. All of it would be preliminary and subject to change, but enough to form our test groups, and then each group can discuss what they want to do in more detail.

So, here’s a tentative proposal from me as an example of what I’m talking about:

You’re all rookie supervillains, and really not very good ones. If you were smart, you’d have made your villainous debut somewhere other than Gotham City. As it stands, you find yourself locked up in Arkham Asylum. Go figure. So, your objective is just to break out and make a getaway.

In terms of logistics, my thought is to use Mutants and Masterminds here on DCU. I’m thinking weekly sessions. Fridays and weekends work best for me but Mondays or Wednesdays could work if it’s late.

Once we have a few proposals, we could maybe set up one of the polls where you can select more than one choice to let people sign up for however many they feel comfortable committing to.

I’m interested in this! Not really sure if it would work out for me due to my work hours. But if there is a possibility then I’m game. Will be on a lookout here to see the schedule works for me

So, would we need to own Mutants and Masterminds to participate?

Nope! The reason I chose it in particular is because the System Reference Document is available for free and is pretty complete and readable. Systems based on Wizards of the Coast’s d20 system are under the “Open Gaming License,” which is the equivalent of open-source software, which means the underlying mechanics can be freely distributed.

I can totally be the GM.