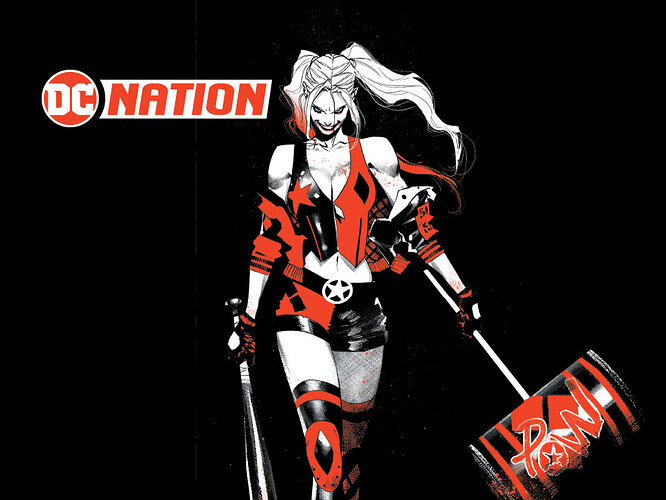 Harley Quinn Black + White + Red is out now in a collected edition, which includes two never-before-seen stories only available in this format, courtesy of some rather high-profile creative teams: “Eight Nights of Harlequin” by Veep showrunner David Mandel and superstar artist Adam Hughes, and “Harleen’s Half Dozen (Plus One)” by Harley Quinn co-creator Paul Dini and fellow Batman: The Animated Series alumni Kevin Altieri.

Longtime friends Dini and Mandel talked to DC Nation about their contributions to the series and the enduring, ever-evolving versatility of Harley Quinn.

To read the full interview with Dini and Mandel and learn all the juicy secrets, head over to DC Comics!

Have you read Harley Quinn: Black + White + Red? Let us know your thoughts in the comments!

I really love the art in this series and I’m super excited that David Mandel decided to do a Hanukkah story featuring Harley; I feel like her Jewish roots are fairly unknown to most people and this is a great way to spotlight it.

Great quote from the interview: “Mandel: People might accidentally read my story while they’re looking at Adam’s art”.