Hello Dick Fans (sorry I had to

Before announcing the Dick Grayson Fan Club’s first event starting TOMORROW February 16th, 2020 to kickstart our Robin (Dick Grayson) 80th Birthday Celebration next month, I would like to announce that @Nightroia and I have decided to post bi-weekly either every other Sunday or Monday. We will likely try both to see what works best with our schedules as we figure out how we work best together.
Now, for the juicy details. Our first event is very simple and fun: Fan Creations. If you are artistically inclined we would love for you to share your Fan Art of our favorite acrobat, Dick Grayson - this is his fan club after all. Introduce yourself and tell us why you love Dick Grayson. For those of you who are not artistically inclined it’s okay, We’d love to hear from you too. Share with us your favorite Grayson covers or panels and tell us why you love him.
So get your pencil’s ready or search through your best/favorite art. We’re giving you a head start and @Nightroia and I will see you tomorrow. On your mark… get set… GO!

Hello Dick Fans (sorry I had to

No need to apologize! I am proud to say that I am a fan of Dick. I have enjoyed many a Dick in my time, many different eras of Dick, of all sizes and all colors. I have had so much Dick that it became lodged in my–

…You know, I’m gonna stop there, before I get banned.

Anyway! I’m definitely going to contribute some of my own Fan Art for this.

I will be contributing as well and so will Nightroia. This is gonna be really fun!

I love Dick Grayson because I always liked Robin better than Batman growing up. It was all of Batman’s skills but with an exuberance of personality and character which you don’t get from Batman because honestly I think he’s pretty stale, and far less OP which is more realistic to me because nobody is that perfect and makes mistakes. Then of course when I found out there was more than one Robin I did all kinds of research and found all my favorite Robin appearances from TV with BTAS and Teen Titans Dick was under the mask.
He’s also like the center to a web of heroes and villains. He knows pretty much everyone and all the heroes know, like and trust him while the villains can’t stand him. Unlike other characters Dick rogues gallery doesn’t really have arch nemesis because he pretty much gets under all their skins. It’s all a matter of how much Dick toys with them and who hates him more in that moment. And being arguable the most trusted hero by other heroes makes him a great leader, people look to him for answers and plans, strategies and he’s always there for everyone.
And let’s not forget he’s also the leader of Teen/Titans which totally a plus for me as well because I find them more entertaining than JL but that’s just me. 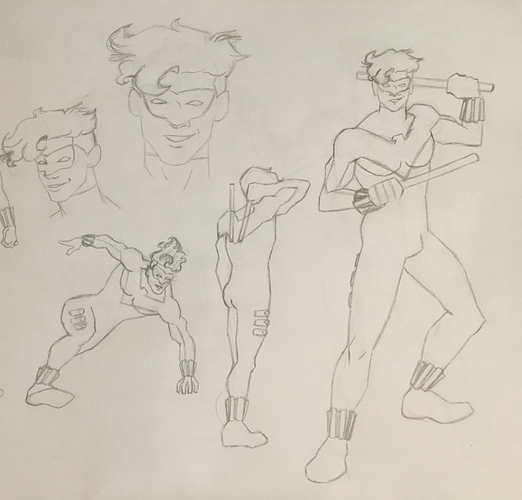 My first comics involved Dick. For Christmas back in (I believe) 2010, I received the Teen Titans: Year One volume and the Robin: Year One volume. My first DC cartoon was actually Static Shock, and while I loved the show, I ended up loving Teen Titans even more.

Dick is funny and lovable, and he’s probably the one hero that everyone trusts implicitly. In my opinion, he’s the best hero.

I drew Young Justice Robin a while back on the back of an essay. As you can tell, I got bored and gave up by the time I got to the boots. 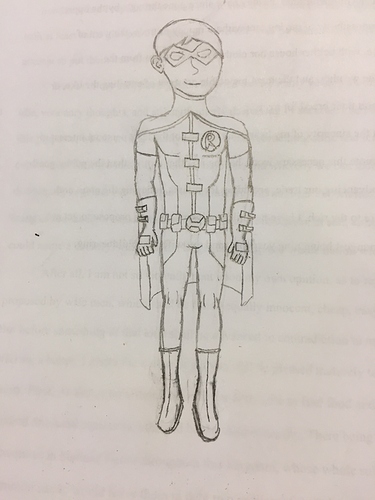 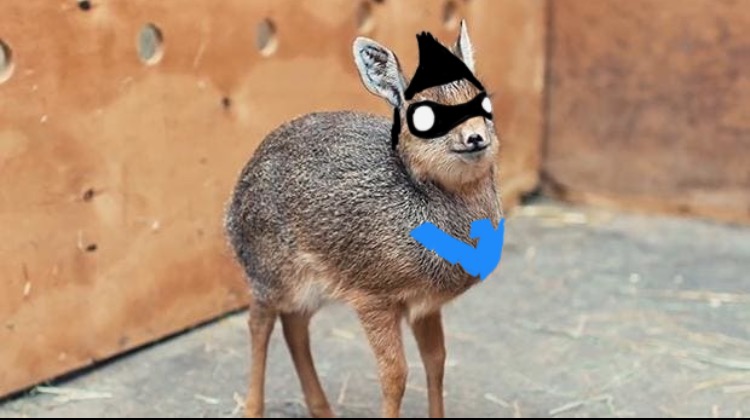 I decided to go with something a little…expressionistic via Microsoft Paint. 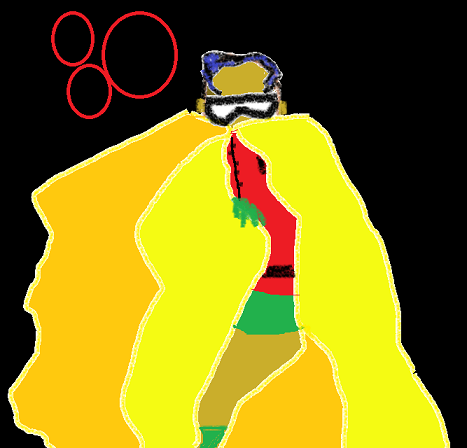 Reasons I love Dick… Where to even start?

Apologies in advance, because this post is probably gonna get super long.

I only just started reading comic books in 2016/7.

I wasn’t really allowed to watch any superhero TV shows when I was younger since my parents deemed them ‘too violent’. (Although me and my sister used to sneak downstairs really early in the morning to try and watch power rangers and transformers before my parents were up

) The one ‘superhero’ show I was allowed to watch at that age was ‘Krypto the Superdog’. I remember my favourite episodes being the ones where Ace the Bathound made an appearance. I also have faint memories of a Robin character in a couple of episodes too.

When I was in my mid-teens, I was watching youtube, and just so happened to recommended some clips from Teen Titans, and Batman the Animated Series. Needless to say, Robin immediately became my favourite character.

So, I sort of ended up binge-watching all of the Teen Titans episodes I could find. After that, I watched as much BTAS as I could - which led me to discover the multiple Robins.

At this point, I decided I wanted to start reading comic books, and took a trip over to my nearest comic book store. Honestly, I was kind of overwhelmed by just how many comic book titles there were to choose from. I think I must have spent about an hour just scanning the shelves, trying to decide what to get. I knew I wanted something Batman/Robin related, so I was really just looking at the covers, trying to find something that had Robin in. The comics I ended up buying were ‘Teen Titans #6’ and ‘Nightwing #18’. Now, it was just by chance that I actually picked up that issue of Nightwing - at the time, I didn’t actually know who he was - I just saw Damian on the front in the Robin costume and so I bought it.

I’m kind of impatient when it comes to reading, so I didn’t exactly wait to read these comics. As soon as I sat down on the bus home, I started reading. And I immediately fell in love. I can’t believe it took me so long to start reading comic books, but I’m so glad that I just happened to pick up Nightwing. It’s hard to imagine that if Damian hadn’t been on the cover of that issue, that I might not have discovered Nightwing until much later.

As soon as I got home, of course, I went online and ordered Nightwing #16 and #17 (so I could have the complete current story arc). I also set up a subscription so I could get all the future issues. And the rest is history…

There are many, many, many reasons why I love Dick.
He’s got all those skills Batman taught him, as well as all the things he learnt from his parents with the circus. He’s funny, he’s trustworthy, he’s a great leader. Importantly though, he does have the other emotions which make him feel more human. He’s easily bored, and can sometimes be a ‘little’ hot-tempered… I think this range of emotions kind of makes him more relatable, as a character. I guess it sort of shows that even superheroes have their off days - even ones as smiley, talkative and seemingly fearless as Dick.

As for fanart, here are some shoes I painted a while ago: 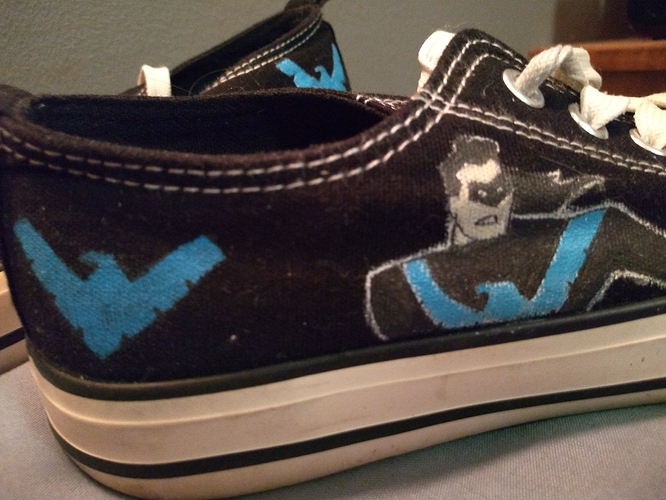 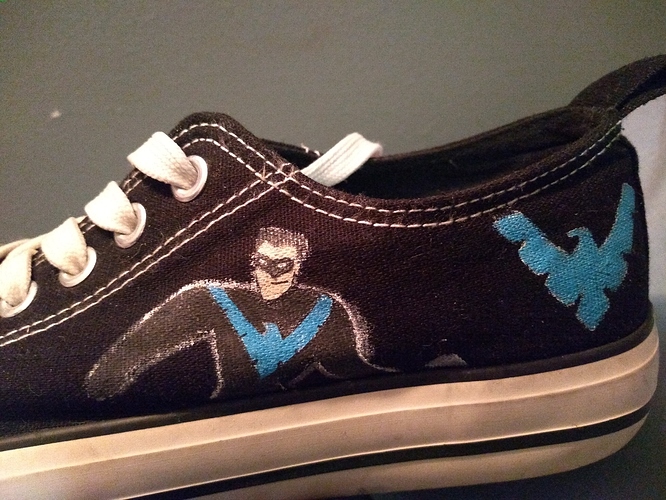 There’s probably a lot more I could say about Dick. I can’t count the number of times I’ve basically lectured my friends on things I’ve learnt about the character, or what I do/don’t like about his current storylines.

But I’ll leave it there for now

@thelunarmouse Those shoes are AMAZING!!!

@thelunarmouse Yoooo I loved Krypto (Can we get that on here?)! And I think you’re talking about Robbie the Robin.

@DCFanArtClub - if you’re not aware this thread exists, head’s up! Let’s support our fellow clubs by showing off our Nightwing work over the next two weeks!

I hope you don’t mind me submitting even though I’m not a member (I’d love to join, but I’m SOOO far behind in comics and trying to catch up chronologically, so I’m afraid of spoilers). Anyway!

I’ve posted about my love of Dick (12 yo giggle) before, but it ultimately boils down to unwavering determination, loyalty to loved ones, and an optimistic spirit that’s taken its beatings but never quit. He embodies so many of the characteristics that I admire, and aspire to, in the real world.

Annnd I don’t have any recent artwork, but here’s some really old stuff! 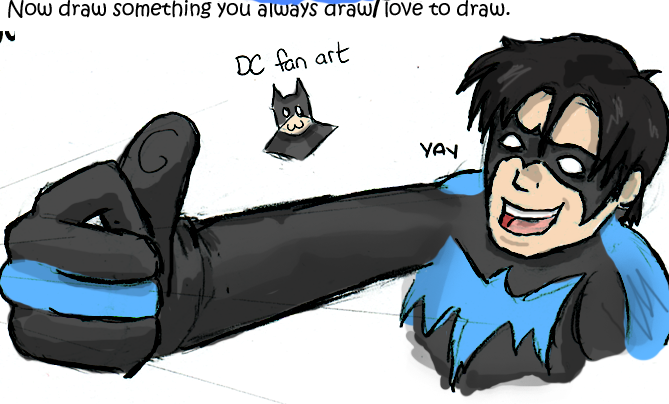 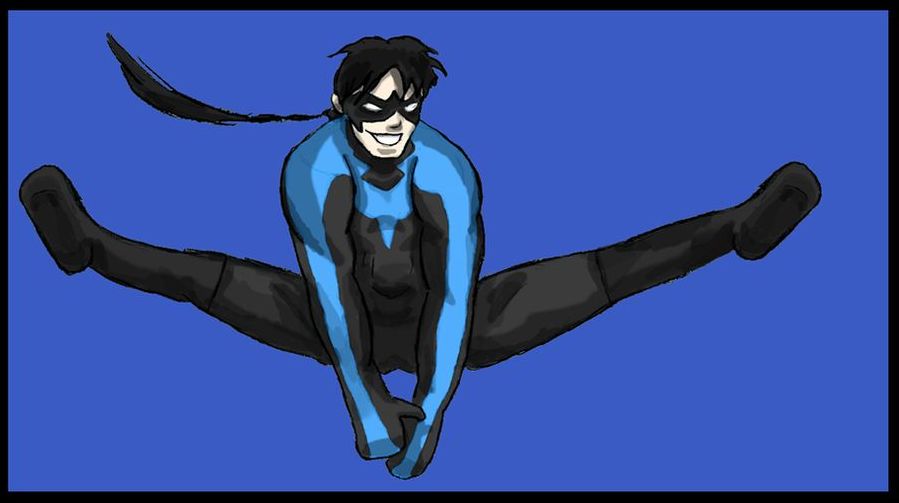 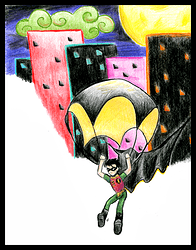 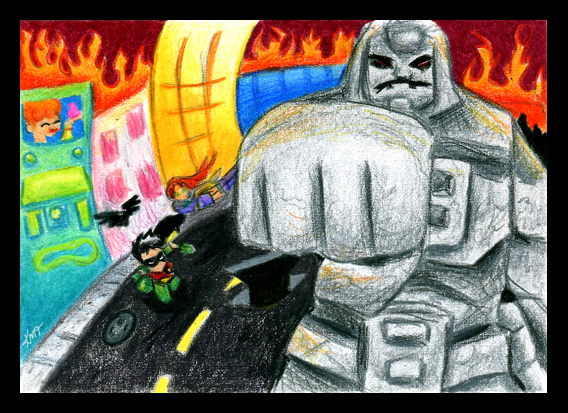 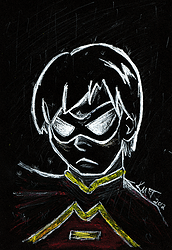 I just remembered my old deviantart page (It was super cringey to go back to), and I picked out some more. 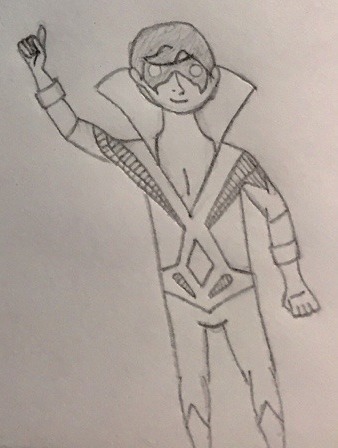 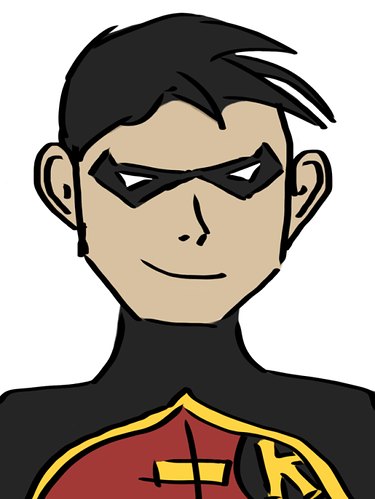 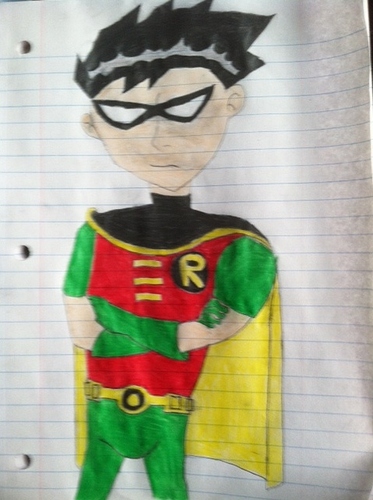 I love how so many of us have an old, unspoken of deviantart page that we keep hidden like a dirty secret. And your older stuff isn’t cringy! I especially love that you drew him in the classic costume.

Oh trust me, I picked the best of the best. There is some really bad art on there.

And thank you! That was actually from a page I did where I drew all of the Robins in their non-Robin original costumes. Spoiler was the least weird looking, but you gotta love Discowing.

For the Fan Art Club’s March Monthly challenge (which is supposed to be a bit more intense – more polished stuff, rather than a sketch), I was planning on doing a Robin theme. Can I tag your group when it starts, in case y’all want to join in?

@CynicalPink I can’t speak for @Nightroia but I think a lil crossover like that would be cool. 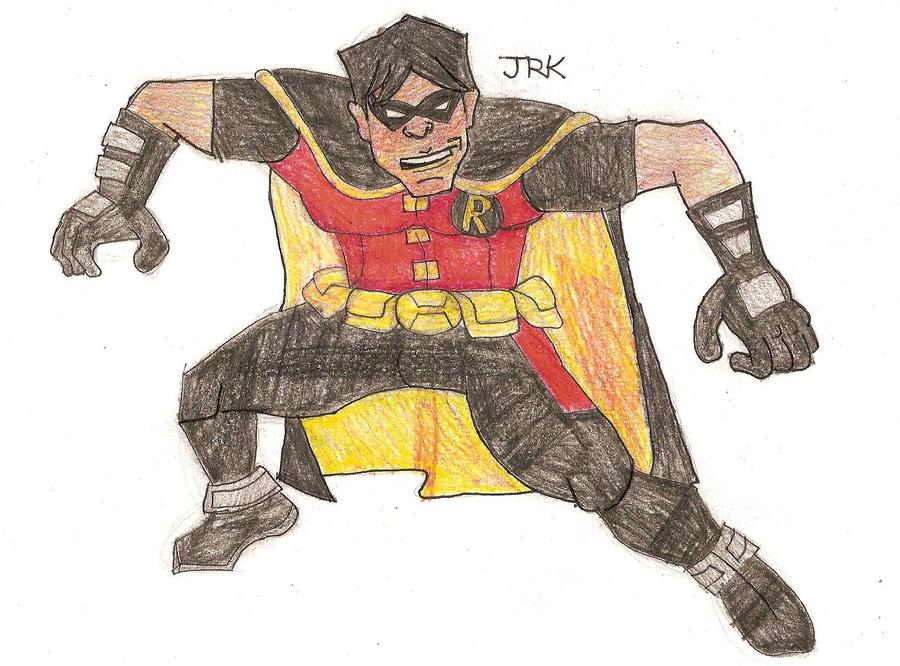 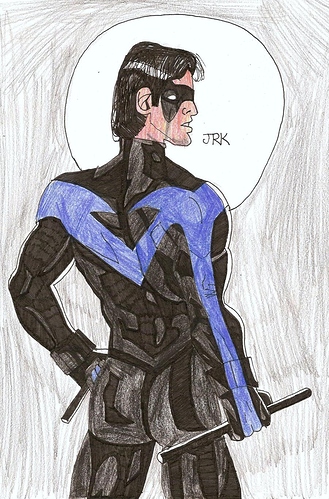 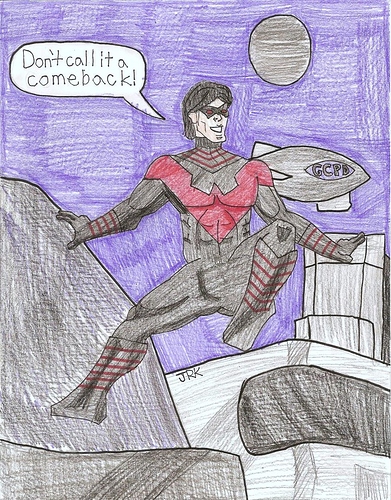 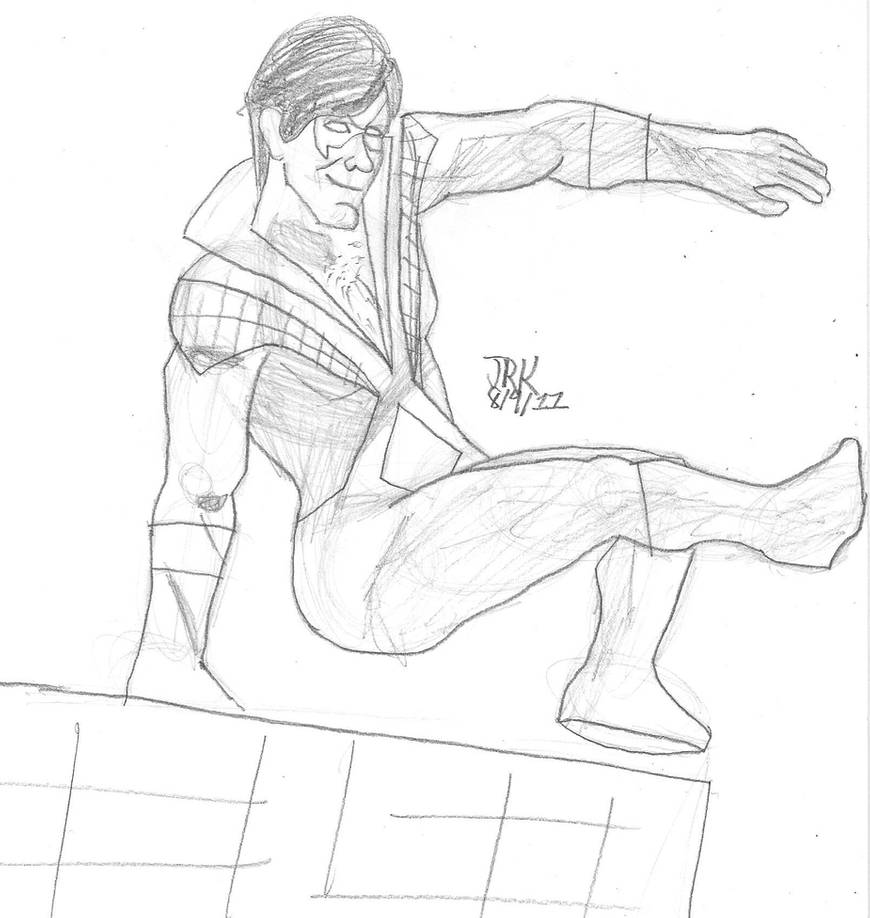 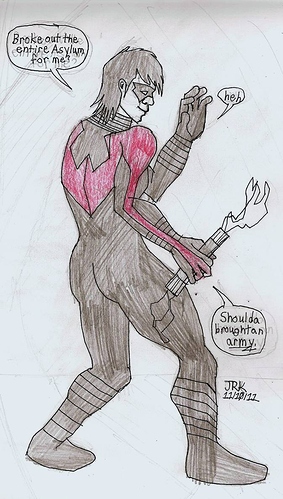 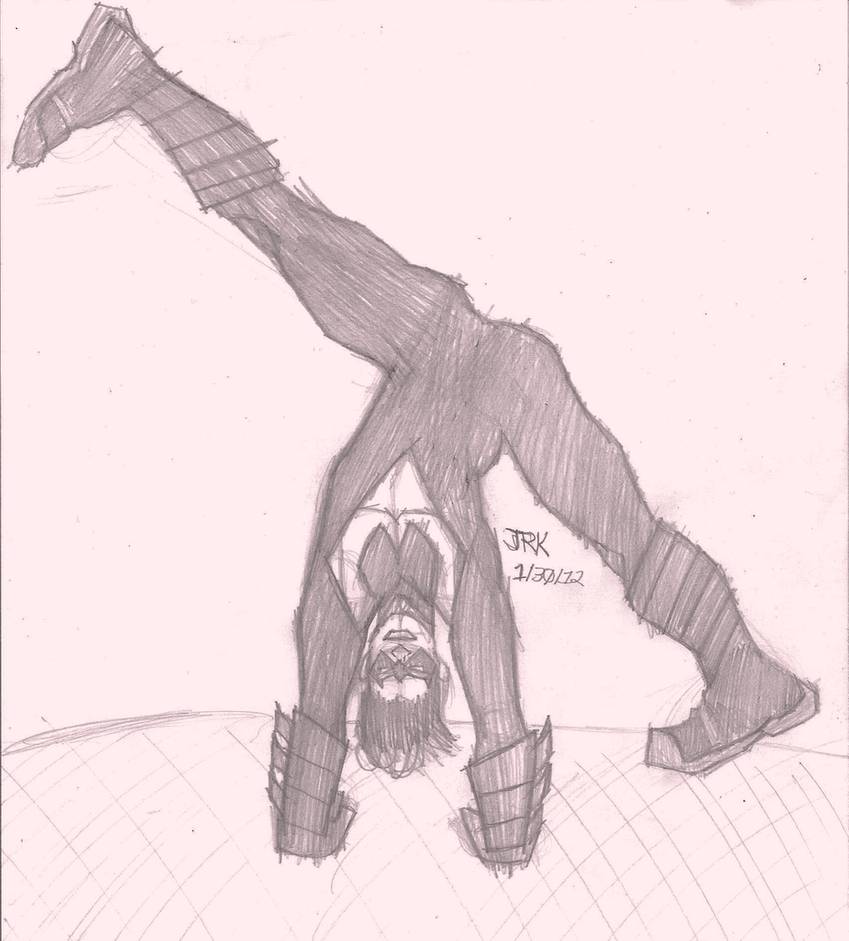 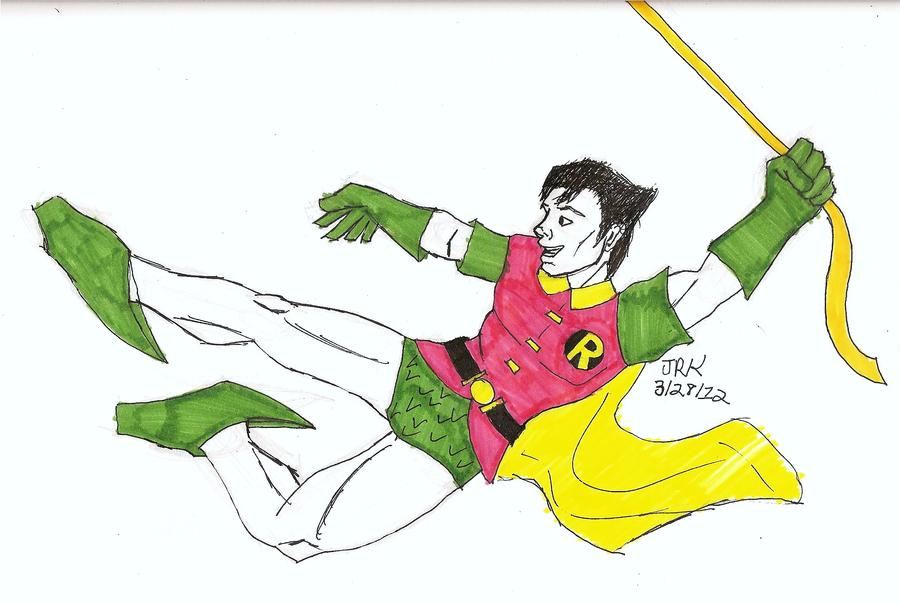 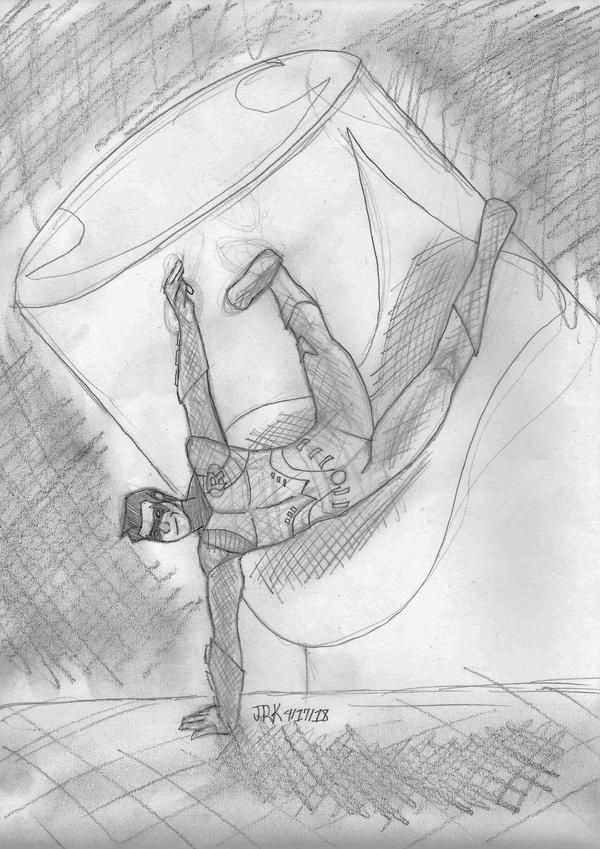 I’ll also work on something new.

I think it would be fun!