. So with our man’s memories restored and back as Nightwing I think it’s time to celebrate! DING DONG RIC IS DEAD!
This month we are celebrating with Nightwing: Year One. What’s your favorite issue? How do you feel about Bruce’s treatment of Dick? How do you feel about about Dick’s relationship with Superman, Deadman, Gordon, Batgirl, Robin, and Alfred? Which costume do you like best discoing or Year One? How do you feel about the art? Anything else you’d like to discuss sound off in the comments! Begin reading here. 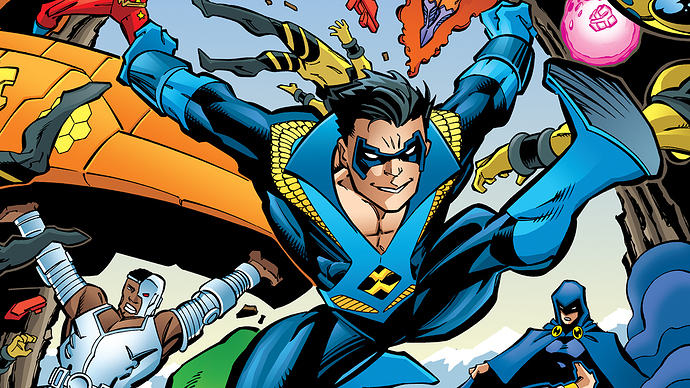 Okay, I just finished and I have to say I liked the BTAS version better where Dick punches Batman out and quits rather than Batman firing him. Really didn’t like that. LOVE the scene where Dick reintroduces himself to Jim Gordon. IMO the second half with the Batfam is my least favorite part of the story just because I was looking for more soul searching from Dick. Also wish they would’ve incorporated the Titans. But my favorite issue is the one at Haley’s Circus with Deadman. Also LOVE this suit way more than discowing and wish they’d incorporate some of this in his modern suits! 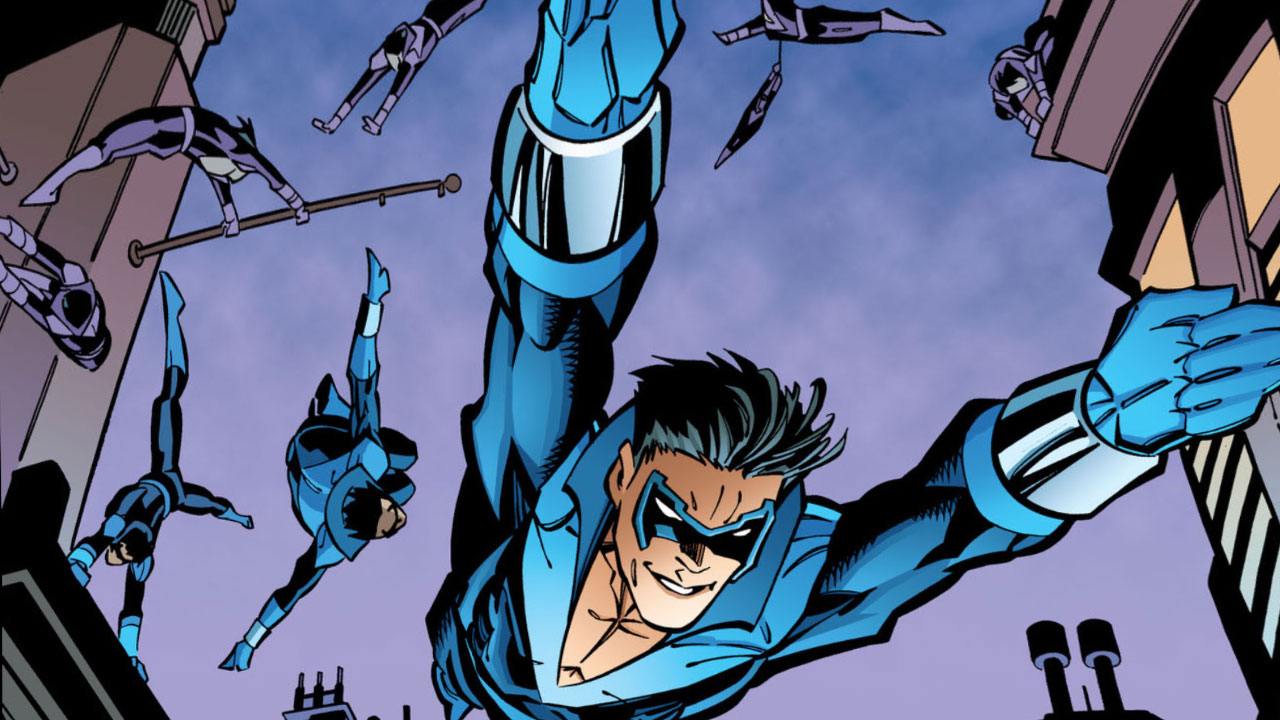 image1280×720 178 KB
But overall I enjoyed the story and I love the art. I can’t remember if the artist is the same as early Chuck Dixon run but if it is it’s so much better here cuz I remember early in Dixon’s run too much yellow, high contrast, and extremely heavy inking made it hard to follow at times.
1 Like
Jay_Kay November 15, 2020, 6:00am #3

So far I’ve only read the first issue and honestly, I don’t like much the version of the dramatic style of quitting either way. I think it’s a lot better and more interesting how it’s explored in the Wolfman/Perez Teen Titans, where Dick learns by himself, while making mistakes along the way, that he needs to grow up and establish his own identity.

Can’t say I disagree. In fact you’re quite right. I just feel Bats needs to be put on his ass every once in awhile. Like Dick seems to be the only one who will even attempt to put him in check so I always wish they would keep that.

I don’t care much for the post-Crisis revision of the Bruce/Dick split, and this series just made it worse. And don’t even get me started on its misrepresentation of a certain Jason Todd.

The storyline isn’t all bad, though. Dick’s soul-searching is a highlight.

Yeah I love the Superman and a Deadman issues. Wish we got more of that but alas they had to go straight back to Batman

Well, I mean…Dick Grayson was Batman’s partner for like 4 decades…

Ik Ik and I don’t wanna change that, however for me if you advertise a character as growing up, coming into their own, and becoming their own hero I expect their character not to rely or center around the character(s) they grew out of. Cuz otherwise they just feel like another side character. And that’s what that second half gives me.

I guess it’s like the old pizza adage. Even subpar Dick is still pretty good. I thought this series gave a pretty well rounded introduction to Dick. We got to see everything that that I like about him; his joking attitude, trust of others, and hopeless romanticism. Dick is a person who needs people, who needs a team. I’ll support him however he gets there.
Team Titans, Go!
I’m looking forward to more Dick Grayson reads.

Glad to hear it! Next month I think we’ll be doing a Watch Party of Dick’s appearances in BTAS…? Still celebrating the downfall of amnesiac ric and saying goodbye to the shows before the app becomes DC Universe Infinite. @Nightroia and I have wanted to do our first watch party for while but never found the right time so we decided what the hell why not? But starting next year we’ll be back to reading. If you need any recommendations to hold you over until then just message me or Nightroia and we’d be happy to help.

And I completely agree.

BTAS watch along?!? Just tell me when and where. Well… when

Next month I think we’ll be doing a Watch Party of Dick’s appearances in BTAS…?

Did someone say BTAS WALs?

As you can maybe tell, I’m always up for those.

Yeah I love the Superman and a Deadman issues.

The Superman issue was pretty good. The Deadman one, though, felt kind of arbitrary. It reminded me a bit of how other Year Ones after Batman’s kind of felt more guest star heavy, focused more on just stuffing the cast than really telling the story they want to tell.