Detailed Report on Epic Occurance at DCU This Week: The Arrival of Jimmy Olsen!!!

X marks the thread where I plan to later this weekend dive in to explore the natural beauty of the Epic Occurance at DCU This Week: The Arrival of Superman’s Pal Jimmy Olsen #1 circa 1954, the month and year I was born!!! 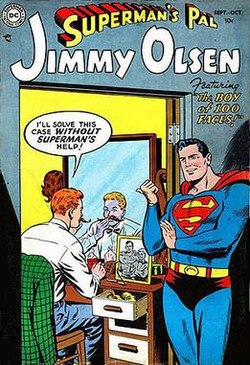 Jimmy just saw A Million Ways to Die in the West.

Gotta love how the issue sells itself on the popularity of the George Reeves series. 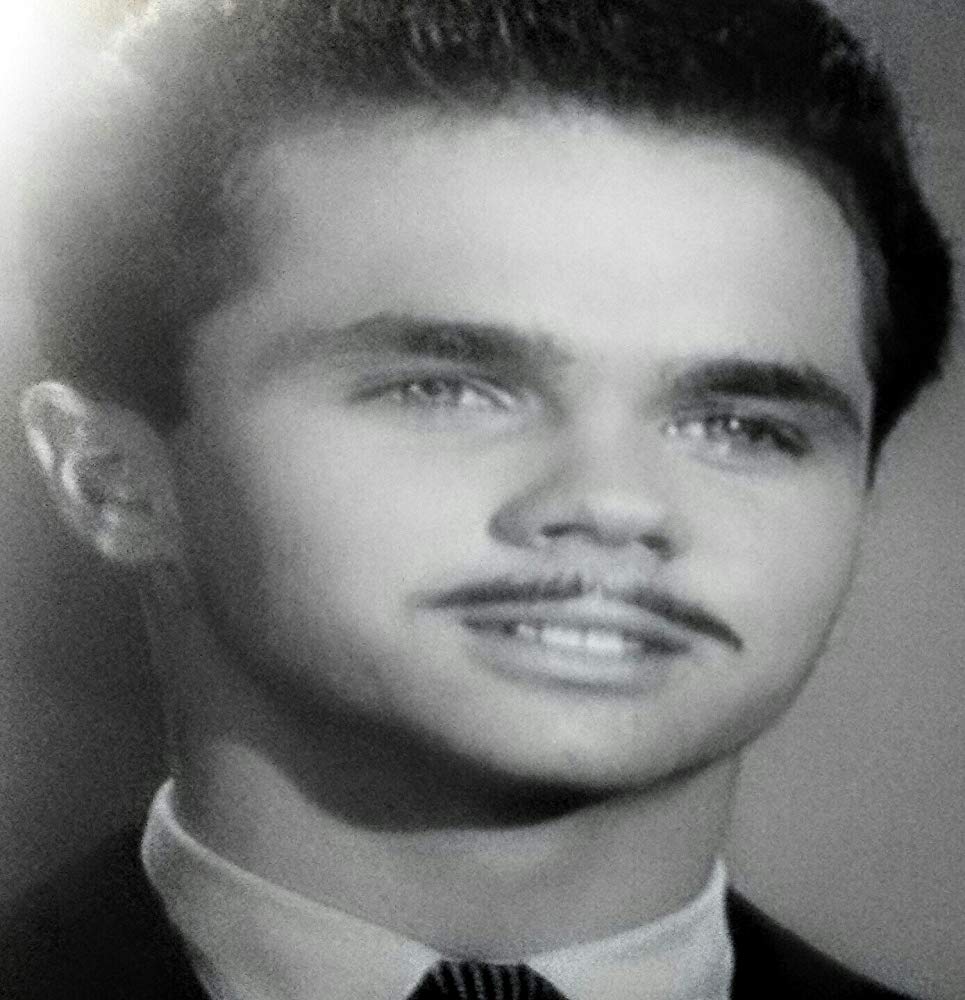 @Vroom: Now I have the mental image of Neil Patrick Harris as Jimmy Olsen and…actually, I’m kinda digging it.

@Jay_Kay Given NPH’s history with DC, I think he could’ve made for a good JO now that you mention it.

Lois and Clark would have been a good post-Doogie Howser gig for him.

Why do I think Superman’s Pal Jimmy Olsen #1 finally being digitized is such a big deal? Let’s leaf through this comic and see what the hoopla is all about.

Page 1: “You’ve seen him on television as Superman’s plucky pal.”

The Superman TV show ran from September 1952 to April 1958. It is available here on DCU as well! The first year it was very dark and even “macabre”, but from year two forward, all that changed. The series was from then on geared for kids and that audience all loved and related to the character of Jimmy Olsen. And so DC decided to give him his own comic book in September 1954, which ran for just under 20 years, 163 issues! 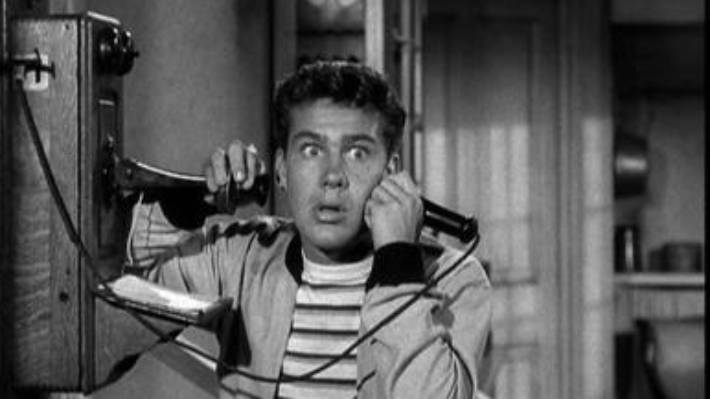 I ask you, how many DC titles / characters / teams have run for 20 years / 163 issues? Hawkman (bzzzzt)? Metamorpho (burrrrrrrk) Teen Titans (ziiiiip)? So, this puts Superman’s Pal Jimmy Olsen comics up there with Justice League, Green Lantern, Flash etc for cultural impact and importance as well as joining these other Silver Age giants in setting the tone for what makes DC “DC” for branding / legacy (as the new Jimmy Olsen series sweetly and lovingly demostrates).

Why else am I jazzed this has appeared? Several as we’ll discuss, but here’s a hint concerning one of the many reasons: part of my comic book hobby is to occasionally pick up a physical copy of late 50s / early 60s Jimmy Olsen / Lois Lane / Detective and even Jerry Lewis comics. As we’ll see here in this thread, these comics are true slices of Americana consciousness from those times, historically significant and, in my opinion, worthy of being preserved in the Library of Congress!!! At least one book has been written on the amazing, unique Jimmy Olsen Silver Age comic book run (mainly shown here for the super-cool collage of the various superheroes and wierd characters Jimmy would temporarily become)! 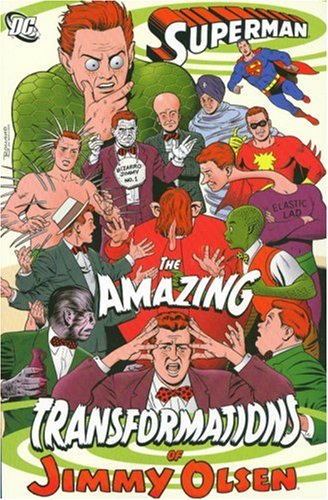 The second panel of page 1 highlights the way a comic book from 1954 takes us back in time and reveals the fashions / fads etc of that post WWII Boom era. Look closely at the family that tries to flag down Jimmy: it’s a group of 4 kids- how many 4 kid families do you see these days? Now, take a peek at what the boys are wearing: cowboy outfits, both of them. In the 50’s, cowboys and Westerns reigned supreme: you had the Roy Rogers show, Annie Oakly, The Gene Autry Show, Zane Grey Theatre etc! On TV today, westerns are pretty rare, and when they do appear are often wrapped in other genres like horror or supernatural or sci fi. 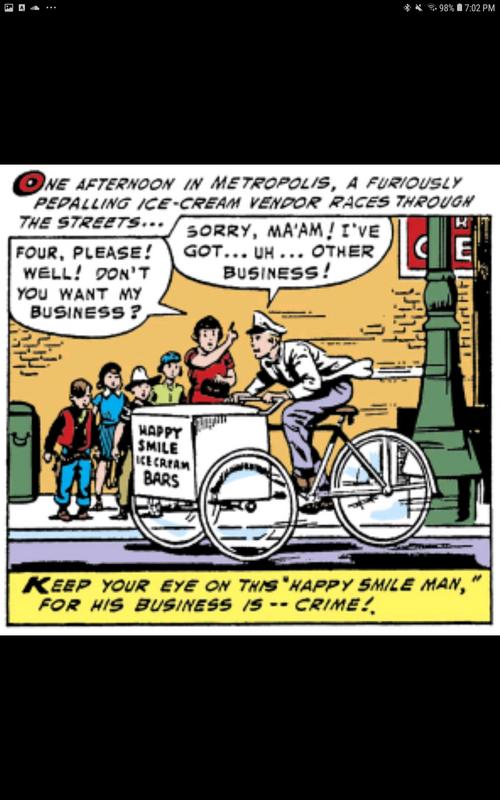 But the saga of James Olsen doesn’t end at issue 163! No, Jimmy and his numbering became the super spectacular SUPERMAN FAMILY-- at first, Mr. Action would revolve new lead stories with Lois Lane and Supergirl, and each massive issue would round out with many wonderous reprints, epic tales of days gone by. Then, issue 182 became ALL-NEW as Dollar Comics were born! SUPERMAN FAMILY lasted until 222, in 1982-- when DC phased out the monthly giant format that just weren’t so very giant anymore. Supergirl would get her own, daring new series with Lois Lane as the back up-- but projects for poor Jimmy Olsen would fall by the weigh side over and over again. Supergirl would have the more dire fate-- running for 24 issues and then being an occasional guest character until red skies loomed…

Now, let’s zip over to page 4, where Jimmy is allowed to use the Daily Planet Helicopter, the “Flying Newsroom Daily Planet”, which makes other appearances in Superman-related comics in Silver Age for years to come!

Helicopters were one of the types of aircraft that became firmly developed and then widely used both by the military but also commercially during and just after World War II. So to the reader of 1954, having a helicopter as part of the story still seemed pretty new and cool, but the comic goes one step further and installs a writer’s room on board.Why? So the reporter like Jimmy Olsen can type his hot new story as the helicopter takes him back to the Daily Planet building, and the story can be immediately turned in so it can be on the headlines as soon as the next newspaper is published! Even though TV had expanded to over 12 million USA homes by 1951, getting your news in a physical newspaper was still the preferred mode of the day, so this idea seemed very “hep”, cutting edge and compelling …in 1954 that is! 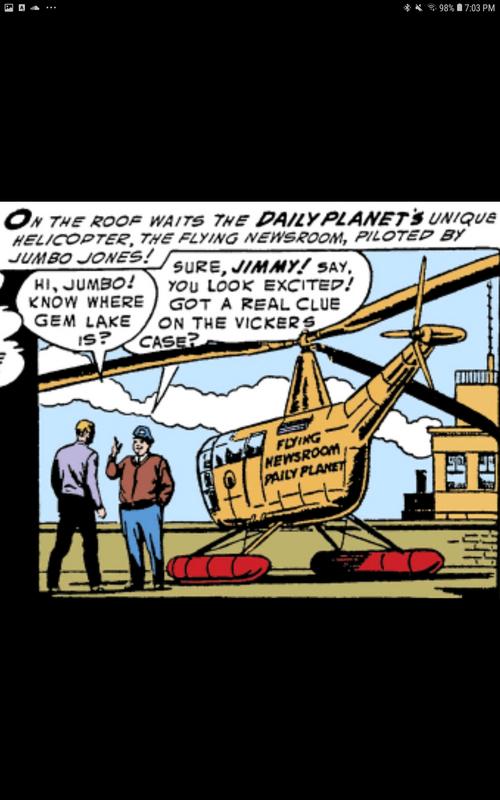 @MisfitH, great point and very interesting on the numbering continuing for Superman Gamily from the Jimmy Olsen 20-year run, with Jimmy continue to appear for several more years in that giant comic book! 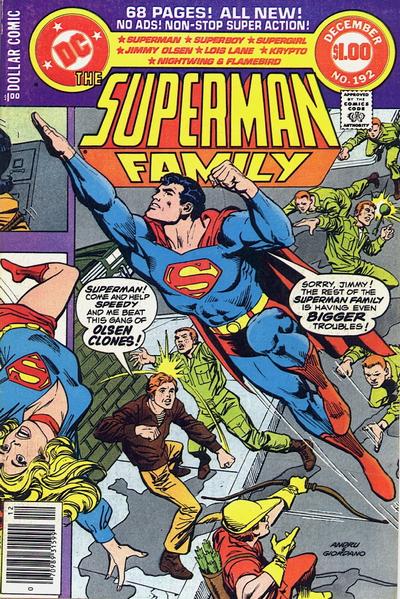 As we near the end of our reflection on the first story of the first issue of the revered and classic Superman’s Pal Jimmy Olsen #1, let’s take a peek at one of the middle panels of page 4: Jimmy impersonating a “Barton Brush Man.” What on earth was that about? Well…again, circa 1950s -1970s, many folks made their money going literally door to door selling “Fuller Brush” “Kirby Vacuums” “Watkins medicines” and Bibles, lots of Bibles. Most of the items these traveling salespeople would promote were related to house keeping, and hinged on the “mom stays at home” family model. One of the many reasons you no longer encounter door to door salespeople as you see Jimmy imperonating here is, most families today have both adults working full time; no one is home to sell to! 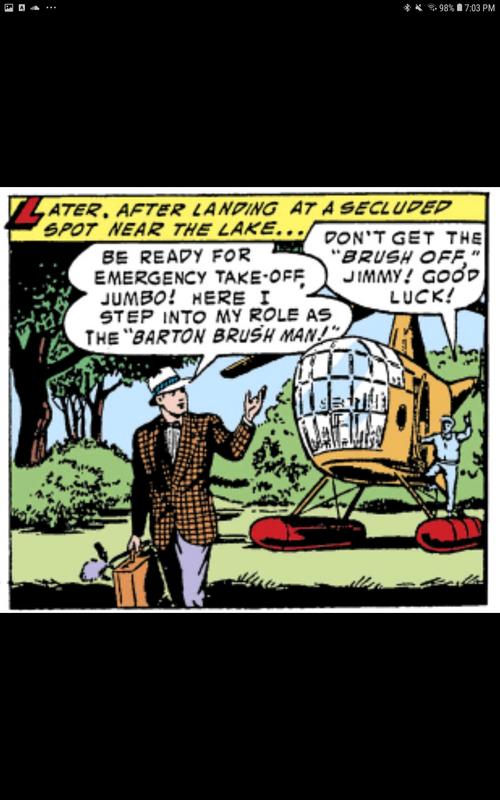 Hmm. Those Olsen clones can come in handy if Man of Steel 2: Electric Blue Costume wants to resurrect Jimmy…

So true, so true @AlexanderKnox!

Last item of business: that bow tie. The bow tie had pretty much fallen out of favor by the 1950s, and you won’t see Clark Kent in one or Perry White. But Jerry Lewis or Jimmy Olsen, the funny guys…well, the bow tie helped make them look outrageous or goofy. Did you notice what Jimmy Olsen is wearing on issue #1 of his new comic book series this year.

So, that, in not TOOOO many words, is why I am personally very very happy to see this comic book, issue #1, appear here on DCU. Here’s hoping several dozen more of the early issues of this DC Silver Age gem soon appear!!! 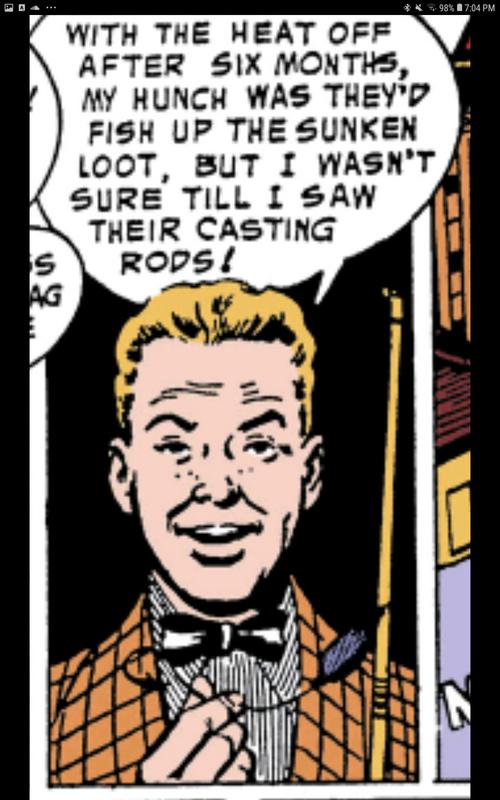 One-episode Wonder himself, Wayne Gregory is wooing Julie Foster with his 'stache-a-reeno. Surely he grew it after reading Superman’s Pal, Jimmy Olsen #1. 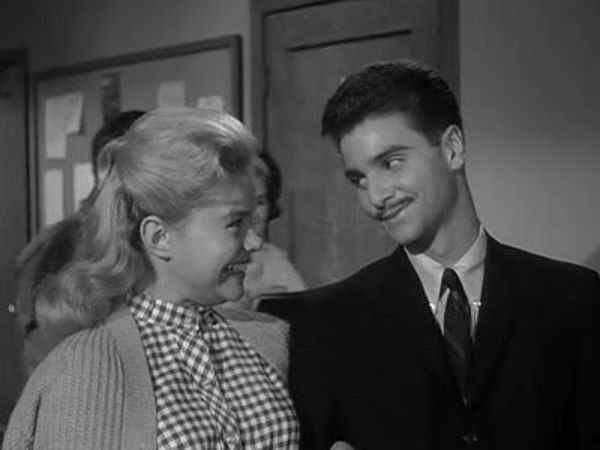 That is one of my favorite issues of Superman family, Don_el

Nice @MisfitH. I noticed that sadly there is only one lone issue of Superman family here in the library… Put a nice stack of Batman family is here!

Vroom, you been pointing out the mustache angle, and I haven’t really dug into that cultural angle …but yeah mustaches have interesting ups and downs across the decades in America for sure and the fifties were one of the high-water marks for the use of mustaches with movie stars etc…now I have to go see if Clark Kent or Bruce Wayne ever sported them in the 50s!

The mustache style Vroom eludes to were very specific and that particular style was used to represent “style and sophistication”. So many GIs retuning home from ETO had been astounded by the art, architecture, sheer history and cuisine of places like France and Italy in particular. Art in particular played a key role, especially as the trials at Nuremberg played out, as it was the pillaging of art the Nazi higher up were taking to amass personal fortunes and the return of art to those countries was critical as many deemed it so tightly linked to their national heritage and identity.

That ‘stashe was designed to be something to impress the ladies with how suave and debonair one was. Basically it was supposed to be a “knicker dropper”.

Maybe it’ll make a come back!