I’m honestly finding this to be an intriguing cultural expedition as we wait for these comics to arrive for you up there in Alaska. Down here in the lower 48 states, USPS has been a nightmare waiting for things to arrive using the newly slowed down snail mail.

If it’s not too much trouble, it would be interesting to have you post a screenshot of the most current tracking information you’re getting on this if that’s available, sort of a daily soap opera if you see what I mean…

Yea, so I’ll tell you now when anything is in Kent Washington it’s not a good sign. That distribution center is a black hole and I’ll probably get zero updates from now on and it will just arrive one day lmao I don’t know what happens there but for some reason they don’t update the tracking info after the packages hit that place. 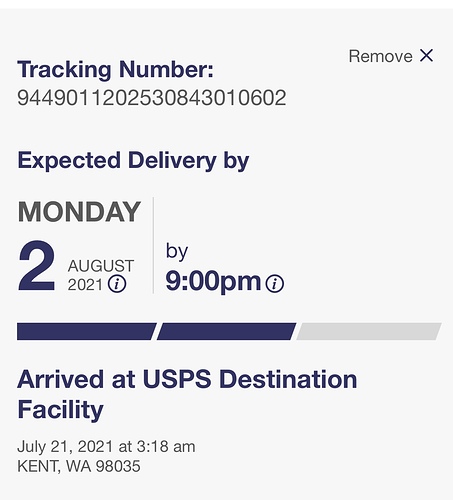 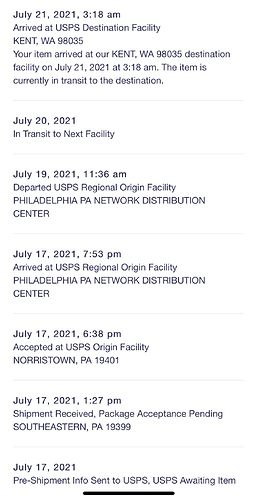 I have that here sometimes with the
Pittsburgh Depot.

Also I find it amusing that they didn’t use the word Colorforms. They had it printed in Canada and called it Vinyl Clings.

The word Colorforms specific registered trademark to the products produced by Colorforms Brand, LLC. So any other company producing similar products can’t call them that. (Just like “interlocking plastic bricks” aren’t all LEGO, and “die cast 1:64 scale cars” aren’t all HotWheels.)

DC at one point (in the 60s, maybe in to early 70s?) had a license deal with Colorforms in the other direction, producing Justice League Colorforms - though it might have been via the Batman and Super Friends TV shows, not directly. Not sure if that had expired/soured by 1991 or if it was just cheaper or more feasible to produce them under a generic brand. (Colorforms had started producing Marvel sets around that time, but I don’t think there was any exclusivity to the license; they published Kings Features in parallel to DC, and Mirage in parallel to Marvel (though, again, that might have been via the TV license)…)

Scene two from the awesome battle in the 1990s between Superman and Lobo, Choreography by Don-el! 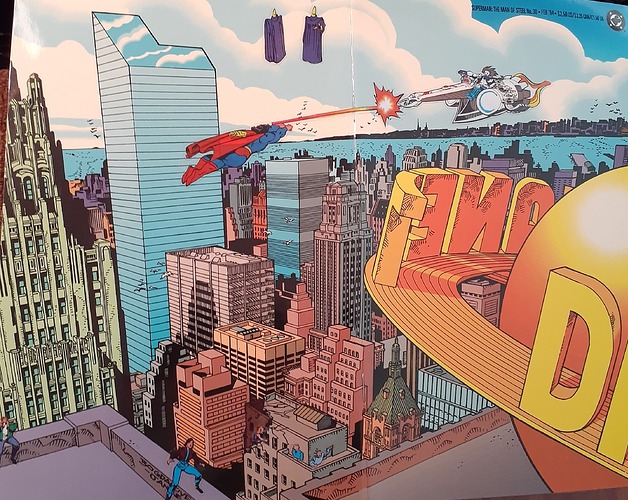 I just hope the wee wee folk in the shattered building, lower center, are going to be okay!

This is my favorite comic ever! 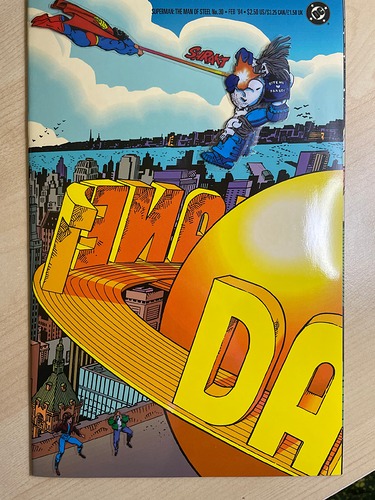