Debate: Who's the best Green Lantern?

Feel free to base your opinions on a variety of topics including individual personality, command of will, most clever constructs, best fighter, etc. 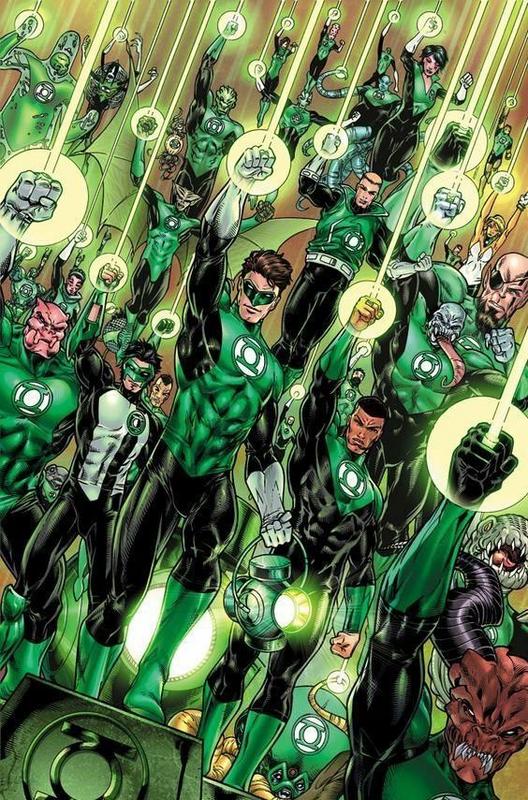 Jessica is the first Green Lantern that’s really relatable to me. Hal is a square jawed space serial icon. Guy ranges from comic relief to masculine fantasy. Kyle can often get too cosmic and loses his grounding. John is kind of a great father figure, but best works in a supporting or leadership role, as opposed to the heart of a story.

Jessica, though, suffers from the same social anxieties as many of us readers. Her story is not about the unrealistic goal of eliminating fears, but overcoming them. It’s about how a mundane fear you have that others don’t is no less valid. It’s like Ned Stark said: the times we’re afraid are the only times we can be brave.

I think it’s entirely personal matter of opinion who the best Green Lantern is. But for me, it’s Jessica Cruz.

Green Lambkins from Earth C minus

B’dg. When the squirrel uses profanity, prepare for annihilation.
But unless my comic reading experience changes anything, I say Hal (especially after First Flight).

Mr. Jordan is the best and strongest. The Lantern I find the most relatable though is Guy.

Kyle Rayner is my Green Lantern.

Hal is the GOAT

Hal is the best Green Lantern from the comics.

I really liked John Stewart in the animated universe though.

Sinestro. (You didn’t say it had to be current Green Lanterns). Sinestro was and still would be the #1 Green Lantern if not for Hal Jordan betraying him. Yes he became a dictator but it was originally all with good intentions and instead of giving him a chance at redemption Hal instantly attacked him and caused the rebellion which killed Sinestro’s wife. Sinestro always #1!

Kyle. Where Hal destroyed, Kyle rebuilt. He’s also the most creative. But i love hal’s will, guy’s sense of humor, alan’s outfit and johns leadership. Oh and kilowogs poozer lines.

I’m torn.
Sinestro is great lantern. Green or yellow. His constructs are rational and he has a great will to follow through on his choices.

Kilawog however represents the very best of what a green lantern should be. I think there is a lot of complexity of character in him we haven’t yet seen. (I know Jessica Cruz is a trendy pick because she’s both female and has explicitly stated mental health challenges.) However, I think with Kilawog’s pre-lantern military experience and what happened to his family, he is a likely sufferer of PTSD. He has found over the years to channel his fear and anxiety into strength. He has a very disciplined mind (the most disciplined in the entire GL Corps, for my money) and I think there are many complex reasons for this, that are as yet unexplored. I’d really like to see him get his on 12 issue series where he could be delved into deeply.

Kyle. Being an artist, he’s way more creative with his constructs than most Lanterns (Hal may have greater willpower, but he just uses it to make the same stuff). Plus, he’s responsible for bringing back the Guardians and the Central Power Battery, paving the way for the Corps’ return.

Hal Jordan. Even Sinestro admits it at the end of Johns’ run (assuming the cloaked figure is him). After that, creating a power ring out of pure will is icing on the cake.

Although I think there are too many human Green Lanterns (where’re our blues?), I like how each one approaches the job in different ways and with different strengths and weaknesses. Seeing them interact is fun.

Kilawog is the heart and soul of the Corps and without him, it all falls apart.

I think Hal Jordan has shown us time and time again he is the greatest Green Lantern.