Debate: Who is the best Superman writer?

Who gets the character the most? Who understands his psyche?
Who has written the most interesting stories for the last son of Kyrpton? 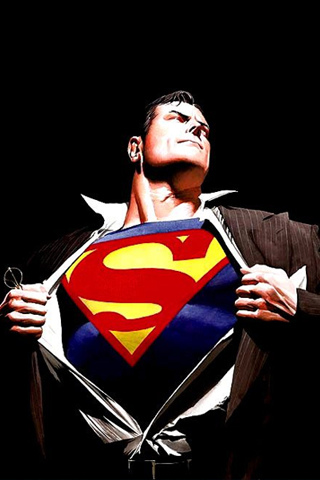 Maybe this is a cop-out answer, but… I have to say Jerry Siegel. There’s some kind of magic about his original Superman stories to which there have been excellent homages, but nothing can quite compare for sheer ingenuity.

Johny Byrne just because he created the post Crisis Superman and laid the groundwork for Superman as we (more or less) know him to this day.

Jeph Loeb holds a special place in my heart. Byrne, Wolfman, Johns and Tomasi are fantastic in their own rights.

I am not too familiar with Jeph Loeb’s and John Byrne’s works, but I will argue against Jerry Siegel and Dan Jurgens.

Jerry Siegel wrote Superman to be quite aggressive. (Potential Spoilers. Skip paragraph if never, but planning to read Golden Age Superman.) “I may not catch the bullet next time”. If we had a god among us who had all of Superman’s abilities and threatened us with death, there would be a lot of outrage. Not only would he be able to kill us without any explanation or objective reasoning on our parts, he would be practically a dictator because he also evaded the police. Take the Batman v Superman Superman and raise him to a level where it’s his way or the highway. That’s Jerry Siegel’s Superman.

My issue with Dan Jurgens stems from the Death of Superman story arc. I have not finished the whole arc (reading Reign of the Supermen now, albeit slowly), yet there was one shocking moment that made me not consider this version of Superman to be my favorite. (Again, potential spoilers.) When all the other heroes were still recovering from Doomsday and the family needed help, Superman hears the boy and realizes he needs to help them instead of fighting Doomsday. How does he respond? “D—n!” While the CCA allowed the d and h word at the time, I grew up where unless referring to damnation or something like dam water, then saying that is profane. So, not only did Superman use profanity, but he also became frustrated with SAVING lives. If that makes Superman super, then he is not my Superman.

So, from my experience and history with Superman, I am going with Christopher Reeve (“shocker”). Not only would he try to take fights to a deserted section, but he would always have a smile when he helps people. Plus, without Clark Kent, Superman would not have met Lois (he said it). And what makes Christopher Reeve’s Clark so great-I say his meekness. Therefore, my Superman is Christopher Reeve.

Oh, I misread the debate. Writer- so Richard Donner.

Didn’t mean to double send. I received an error message. If nothing else, my post had to be clarified TWICE (emphasis) to get my point across. Mistake or unknowingly purposeful?

I do looove me some Donner/Reeves Superman. Definitely the standard bearer.

I read the first fifteen stories of Superman the other day. Definitely a different take on the character and I agree with your opinion that Supes was to aggressive compared to the standard version of the character. They were good stories and mostly good morals, but there was an issue or two that had Superman threatening to beat people for petty offenses like not paying people enough money. Not cool with Superman beating up people for not agreeing with his social agenda. Don’t remember if that was the exact example, but it was along those lines.

As far as the cursing, I’d prefer it if there was a lot less of it in the world and I agree it would be better if Superman didn’t curse. I don’t think he does very often even in modern times, does he? I’ll have to look out for that.

In modern comics, I think Superman restrains, but others in the comics do. There was an episode on DC Daily (I think earlier in May) where the panel mentions that if Superman uses profanity, he means business.

Whoops, a spell gone wrong might have caused a few posts to self-duplicate. No worries, I can take care of that!

As for Superman swearing, I think it’s important to remember that Clark grew up on a farm in Kansas. I’ve known a fair number of farmers and swearing seems to be a part of the job. So, I kind of agree with the DC Daily people that if Clark slips and talks like he does on the farm, it’s because the situation is really bad.

Dan Jurgens is my favorite. John Byrne’s a close second.