Debate: What is the BEST DC Live Action movie?

All of the DC live action movies are fair game for this debate from Superman with Christopher Reeve to Aquaman or Shazam!

What do you think is the best DC live action movie to date? Why? 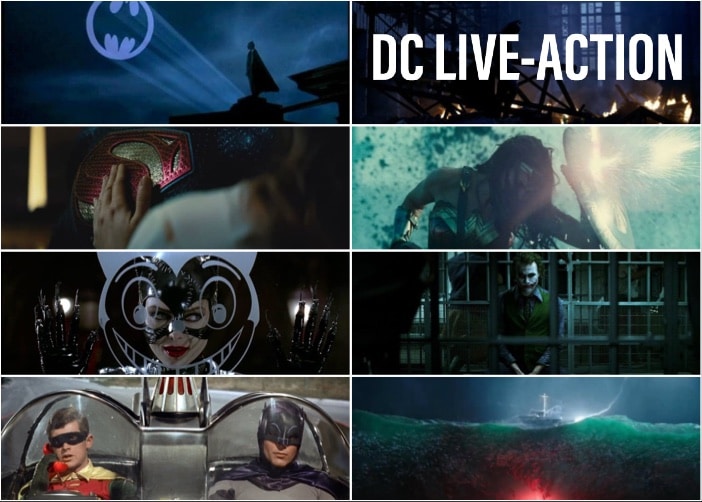 There are definitely some really great DC live action movies out there and I’m sure a lot will say the Nolan trilogies, but for me it’s between Wonder Woman, Aquaman, and Shazam!

All three movies were really well made and have become my favorite live action movies to date. They are quality, the capture the characters behind them really well, and they in my opinion mark a great turning point for the DCEU.

Superman: The Movie. Perfect encapsulation of the character.

I’ll give the nod to Wonder Woman. (I also admit, I enjoy films that have the wherewithal to take a real go at doing period pieces. That gives it the advantage, IMO.)

Batman V Superman is the pinnacle of all DC movies.

I’m thinking about it, but in all honesty the Adam West Batman movie is what sticks out. Don’t ask me why, because I don’t have a reason, really. It’s just the only one that I can seem to wrap my mind around being the best.

Some days, you can’t get rid of a bomb…

Don’t forget that there are live action DC and DC related movies released by studios other than Warner Brothers.

Titles such as (among others):

-the Red Duology (Summit)
-The League of Extraordinary Gentlemen (20th Century Fox)
-Batman: The Movie (Fox)
-Supergirl (originally released by Tri-Star before WB bought the rights to it)
-Stardust (New Line Cinema, which is part of WB)
-The Spirit (Lionsgate)
-Road to Perdition (Dreamworks)
-A History of Violence (New Line)

Man of steel. Thats all you need.

It’s based on a Vertigo graphic novel.

I’ve never read it, but I think Gaiman wrote it. Can’t be too bad, right?

The movie is good and Michelle Pfeiffer’s second turn as a villain in DC Movie Land.

@Vroom
If we can include League of Extraordinary Gentlemen, that gets my vote.

If not, Batman Forever gets my vote. These are comics, dark does not necessarily equate to good. I enjoyed its ability to poke fun at itself. Suicide Squad is a close second. Batman 89 third, Wonder Woman fourth, Superman The Movie fifth.

Superman II, like most films from the time it shows it’s age some, but Christopher Reeve embodies Superman like few if any have ever truly brought a comic book character to life, and the first two Supermen films have aged remarkably well. I put the second one in because it is a slightly better story and seems to resonate. The first Superman film is good but kind of unfocused at times, the second one was near perfection (aside from some odd powers out of nowhere in the fortress of solitude fight.) and it basically made General Zod as easily Superman’s #2 villain, a title he has held to this day despite having relatively few stories about him compared to some of Superman’s other rogues.

What, nobody has nominated Steel? Or Catwoman? How about Jonah Hex or the JLA made-for TV movie/pilot?

All kidding aside, Superman: The Movie gets my vote. ‘You Will Believe A Man Can Fly’