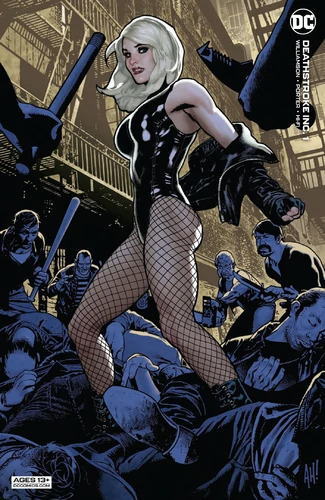 It is a week after Deathstroke Inc. 1 has been released and I am still pondering it. I figured other folks might want to talk about it as well.

What we know so far: 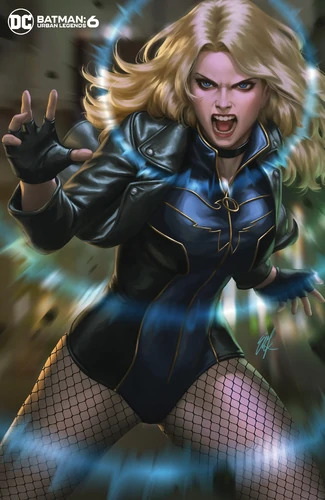 This story started in the Black Canary story Solo found in Batman Urban Legends 6. Dinah is working with Oracle on a mission. In fact, Juliette Ballantine uses this as an “interview” for Black Canary and asks her to join T.R.U.S.T.

Now that the groundwork has been laid we find Black Canary and Deathstroke to be working together. We also find out Deathstroke is sick. His motives are somewhat blurry, are they for redemption or something else? Meanwhile, Black Canary is working with T.R.U.S.T. to do good in the world. On their first mission, we find our team in a small town that has no one in it. Of course, this leads to them finding H.I.V.E. has a new queen and it felt like a weird b-movie, but was also excellent.

If this were a Birds of Prey comic, Toyman would be in the Oracle role while Juliette Ballantine is pulling the strings.

This does have a Birds of Prey vibe to it and I am here for it. Granted, we don’t get Oracle or Huntress but we do get Black Canary in a role that feels natural to see her in. Deathstroke is the wild card of the group, I mean he is Deathstroke. The most questions fall on Juliette Ballantine and her motives. What are the plans for T.R.U.S.T.?

What are your thoughts on Deathstroke Inc.? Are you excited for issue 2?

Issue one picked my intrest. Ready for issue 2. It is weird seeing slade and canary working together. i got a laugh out of Slade telling Canary he was dying and then told her he was kidding.

Right?!?! His motive is blurry but the story is definitely working for me.

Yes you can never trust Slade.

I also suggest reading Solo found in Batman Urban Legends 6 for more of a backstory to Deathstroke Inc. You could probably wait for it to drop on DCUI but it does help give background to T.R.U.S.T.

Great first issue (and a groovy idea for a thread)!

One of my favorite things in this issue was how Deathstroke and Black Canary were introduced, especially when their names came up in their respective intro scenes. That was quite rad.

SN: I’m biased, but I was pleased to see my name in the issue.

Also, is Batman: Urban Legends #6 that necessary a prelude to this series, or can I just read it when it comes to DCUI?

The art is definitely on point. Beyond the amazing covers for issue 1, which are all excellent, I don’t believe I noticed a weird face in the background. 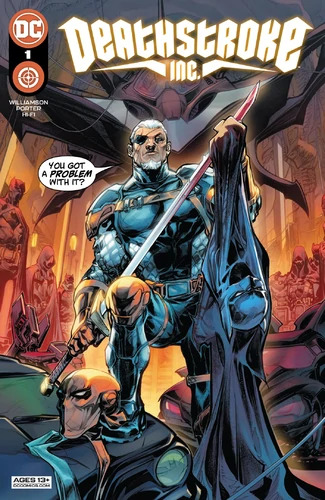 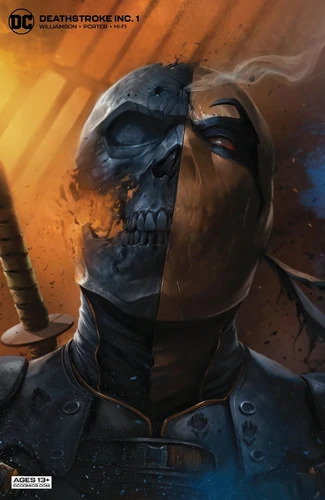 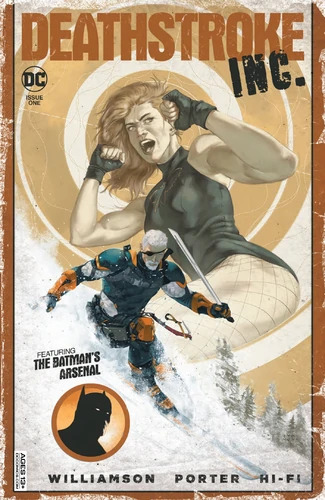 Another thing that I liked is that it had an X-Files feel to it. Earlier I mentioned that this reminded me of a b-movie. I had the time to look up the name of the specific movie, Invasion of the Bee Girls. This is a weird 70s exploitation and dated horror flick made with psychedelia and b-movie sleaze at its forefront. Still, it can be a fun viewing. Right when I saw the H.I.V.E. Queen that movie was the first thing I thought of. 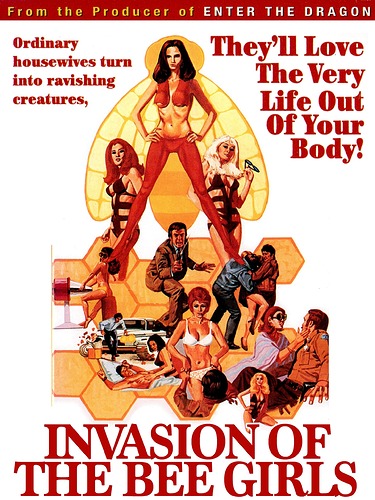 When I first heard of deathstroke inc, I envisioned something like this Basically a deathstroke book where he’s the leader of an assassin team consisting of characters like bronze tiger, Merlin aka dark archer, Cheshire or lady shiva, etc. eventually it all leads to deathstroke forming his own mercenary island to tackle mercenary work across the globe. Lol

I don’t really care much for the current book and I hate deathstroke’s reasons for joining trust in the first place.

When was Hiro last seen?

I was pleasantly surprised to see him in #1, but can’t remember when his last appearance prior to that was.

He’s had to have been in something since Superman/Batman, right?

I’m sure it’s obvious, but I’m drawing a momentary blank.

According to Fandom’s wiki page, Cybernetic Summer and before that Dark Knights: Metal 1.

That explains it: I haven’t read the Cybernetic Summer onesie, and it’s been nearly four years since I last read Dark Nights: Metal #1.

I think I’ve a couple reading projects this weekend.

Outside of those books, the bulk of his appearances are in New 52 Action Comics and New 52 Batman/Superman. House of Horror actually read the New 52 story he is in so I was somewhat familiar with him but I couldn’t place where I saw him.

Regarding Batman/Superman, I’m thinking he was in the arc that Brett Booth illustrated, which started around…#4 or 5, yeah?

Good to know. Now I’ve even more New 52 re-reads to check out.

Issue 2 was released this week and it did not let me down! The intrigue grows into T.R.U.S.T., meaning our heroes are gradually losing their trust in this organization.

When the team heads to space for a “simple mission” it proves to be anything but easy as they are fighting Cyborg Superman…in space!!! First, I must gush with the use of Black Canary here. While in space, she proclaims “I hate I can’t use my scream!” Of course, this reminds me of the classic Alien movie trailer and tagline.

Slade was mainly preoccupied with Cyborg Superman, causing damage to a space station that can only be seen in a comic book. Meanwhile, Hiro is rocking a Batman suit and doing his hacking thing.

I really enjoyed this issue and am happy to see this series going in a direction that I think I will continue to enjoy. Next month is sure to be a knock-down brawl with Cheetah!

What do we think about the current goings-on in the series?

I loved #6, and its easily my favorite issue of the series, so far.

has #7 on-deck, just needs time to read it

For those who are new to DI via DCUI (paging @Green.Lantern, @Razzzcat and others) what did you think of #1 (after 4/5 of course

I have read issue 7 and it was amazeballs! I am worried that Canary is out of the story for good but I might be wrong. This series has gone beyond all expectations. It has quickly moved itself to read day of release, which is rare for me nowadays. Between this, Batgirls, World’s Finest, and Trial of the Amazons, DC is knocking it out of the park.

Speaking of issue 7, I am interested in what happens with Respawn and more importantly, Ravager! Sheesh, that was a rough fall.

How did everyone else dig issue 7? For those of you just finding this series when it appears on DCUI, I am envious of you because I would love to read that first issue again with fresh eyes.