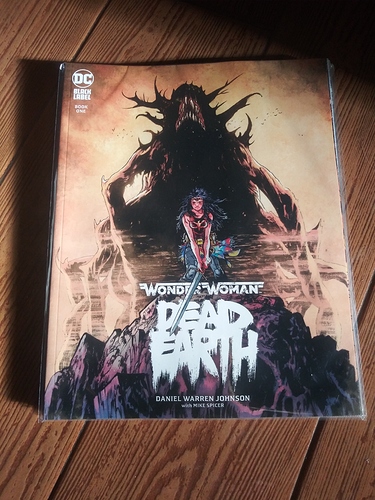 I really liked it. More than I thought I would. These larger format issues really showcase the art and this looked awesome. It’s great to have a Black Label title focusing on Wonder Woman.

I just finished Black Label Superman Year One.
I’m really loving these larger format issues. I didn’t think I would but they

But yeah pick up Dead Earth this Friday. 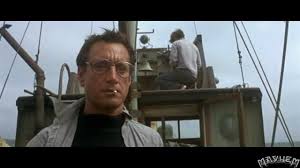 It was another good start for a Black Label title. I’ve never read anything from Daniel Warren Johnson, so I had no idea what to expect here, which I think was a good thing. I hope this’ll be able to put an interesting enough twist on the usual post-apocalyptic tale, but there’s definitely enough compelling mystery to keep me invested for the time being

This was 7 bucks well spent. As stated by others, it is very nice to see more non Bat titles under the Black Label line.

Dan kills it on writing and pencils and Mike Spicer’ s colors are insane!

Love the post apocalyptic setting this story is aiming for. Almost like Diana’s version of DKR OR LOGAN.

Also that action was insane!

Last week was a massive week of comics and this one was my favorite of the bunch.

This was 7 bucks well spent. As stated by others, it is very nice to see more non Bat titles under the Black Label line.

That’s what got me started on Black Label was Batman. I did miss the Lil Wayne controversy though. But yeah, I agree, I like the wide range Black Label is producing. And the format is awesome. They are definitely worth the cover price.

Finally getting mine today. I love the prestige plus books as the art is great on them. I am trying to figure out the best way to store those books though as I hate leaving them out.

Enjoyed it quite a bit.

I just bought a standard size BCW magazine box (9"x16"OD) for all my Black Label Comics. But it’s filling up fast.

My store owner suggested that to me as well. Hard thing is that his supplier keeps running out of them so he can’t keep them in stock.

Do they make boxes large enough to store them? I’ve been storing them in a draw under my socks.

The magazine boxes should work. My store is just always out of stock.

Drats. Y’all are making me regret passing this up today. I was feeling jaded because I had hoped to finally grab Last Night and back issues were long gone. Procrastination woes.

I have the same problem

@Aristarchus94.72134 happens all the time! Not enough cash to buy stuff on a whim, so I wait to hear reviews, and by the time I want to make a buy, my sleepy little local comic store is long sold out.

I apologize if that came off as a Batman diss. I love Batman but we gotta be honest with ourselves in seeing the Black Label line being dominated by Bat centric characters and I believe there is a missed opportunity not diving in to the rich world of the DCU with all the great characters that deserve their own story under this line.

That said, Wonder Woman Dead Earth #1 was my favorite DC book of the month!

The Question:The Deaths Of Vic Sage #1 from Jeff Lemire was great Too!

Hill House is coming out of Black Label. These books are AMAZING and I really dig what they’re doing with the Sea Dogs chapters at the end of each book.

The new Hellblazer is out of Black Label as well.

I’m sure there’s more but I’m not right next to my books at the moment.