DCU: What Do You Like About DC Universe? And What Would You Change?

I really like that you mods and Applejack are so welcoming and nice. Hey, you said “what do you like about DCU,” and I answered. Yah happy?

So more constructive suggestions though. Can more threads be combined? I’m keeping track of like 5 different ongoing threads about the same subject. Could we get something DCU Hero Haul: Mega Thread?

I was honestly just wondering if there’s a reason Justice League: Doom isn’t available to view.

It’s not on here due to licensing contract, Hopefully it’ll be back soon. Not sure when.

Like Penguin said. Just keep watching the Watchtower for news.

AT&T / Warner Brothers said once HBO Max goes on line in May These video will not be available to outside streaming services except for current contracts. This is being done to stress the exclusivity of the HBO Max brand.

These films were rotated out to get additional revenue for the company.

That will no longer be allowed.

So I expect all the films we lost will be back by summer since the company wants DC Universe to survive.

HBO Max might have them as well but animation is not the major emphasis for HBO Max live action is. It would cost them very little to give these films back to us

Hopefully they’ll allow some of the Live Action stuff when HBO-max starts up.

I think it is certain we get the older Batman and Superman live action films back.

The main reason we lost the Batman films is because they became 4k which made other streaming services want them. That will bo longer be allowed under the new polcy of no longer granting new licensing for these Warner Brothers assets to services outside the company

We may see the Nolan films once the new Batman film comes out. Currently they are the latest Batman films.

Having a HBO Max catalog section here would be a great advertisement for them, show them as non threatening to us and shows good will to us as a sister site.

Imagine then allowing us Man of Steel for a month then replacing that with Batman v Superman etc.

Also I think we will see the first episode of Green Lantern here maybe even permanently. Ptobably no other eoisodes until Season 2 comes out or the series is the only season because it was unpopular.

This could reduce the members who only come in to binge occasionally when a series ends and then leave the service. This ‘new stuff from HBO each month’ would be good for DC Universe and good for HBO Max if we then subscribe there to get thr full catalog of DC live action films

Whether this will be done depends on how big our membership is. We are a niche service snd I think we are way below one hundred thousand, (there are only 48,340 Hero level 1 people on the forum some of which may not be paying or no longer here), some of which already have HBO.

The other factor is how much management wants to push the DC brand.

Again we are a niche service of mainly dedicated fans who spend money on all things DC. They are already doing things like that now like free movie tickets for Birds of Prey.

We also have friends and family and can give good word of mouth like if we can see the pilot for Green Lantern here. We could talk about it to fellow fans at the Local Comic Book Store for example

Hey everyone! Just popping in to let folks who were asking about “Coming Soon and Last Chance” for March; there is nothing coming OR leaving the service, with the exception of: About 100 comic book issues 5 episodes of DCU All Star Games And a TON of Meta Madhouse fun! This means we will be posting our usual “Last Chance, Coming Soon” post closer to the end of March, in alignment with our PR announcements

Are we going to see the arrowverse here on this app?
How bout the movies? The suicide squad? Wonder woman? BvS? The Christopher Nolan triology?

There is a free CW app that shows all the Batwoman episodes and the last few episodes of the other DC shows. Netflix has an exclusive contract on the other Arrowverse shows.

It is unknown at this time whether HBO will share any of these films with sister site DC Universe. If sharing does occur it will probably be one or two titles here for a short period of time and then rotated out as new titles rotate in.

Thank you for being such a wonderful help, @TurokSonOfStone1950, and @Penguinfan78!

I have your suggestion noted as well, @Behemoth - I can understand how all the threads could cause trouble, especially visually, so I’ll share that with the team to consider for the future!

Can we get the opportunity once in a while to vote on who we want added to the encyclopedia. It would be cool if the community could be more active in the encyclopedia process. Like suggestions and polls for future heroes. Maybe even just starting up pages for characters who don’t have entries yet, and letting the community compile lists about them.

@Behemoth Nice idea! As usual, no promises, but we’ll definitely look into it as a possibility!

I want to see what other people do such as, who they ran into aka comic book writers! artists or actors from the dc universe. what people look like when they cosplay. anything fun 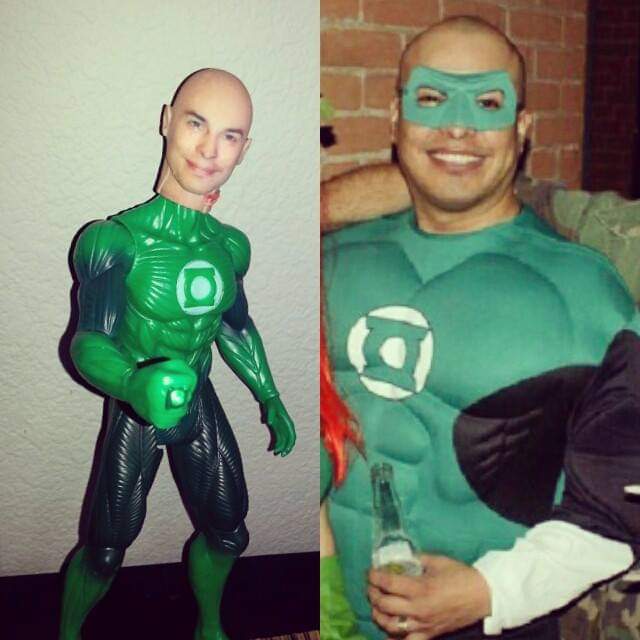 The Everything DC section is the place where you can find threads dedicated to everything from cosplay to real-life interactions with artists and writers. If you don’t see a recent thread on the topic you want to see, feel free to create your own!

You can also divide that into a subsection called Fan Creations.

thank you. I’m trying to figure and navigate the website. ps thank u for your kindness and support.

That’s absolutely right! Thank you for the addition, @Behemoth!

You can find Fan Creations under Everything DC as well.

Thank you for reaching out, @lxgnzls.37492! As you can see, we have an active and knowledgeable community here just full of people who are happy to lend a helping hand. If you ever need anything, there’s no shortage of help available!