So, things have been undeniably hush-hush around STARGIRL for quite a while now. Geoff Johns is not active on Twitter, and in the chaos that was the HBO Max news, the show was mysteriously left out of the roll call in the ‘What’s Coming’ post from yesterday. Add in the fact that there hasn’t been any major news since April of this year and the show has (unfortunately) fallen prey to the endlessly-generating rumor machine that gets going when highly-anticipated shows go quiet.

I will, begrudgingly, address one of those rumors in a bit but not right now. Because ultimately, that’s not the point of this post.

Instead, I’m here today to present several pieces of evidence that demonstrably prove that Stargirl (the show) still exists!

The main piece, and the one that has me jazzed the most, is this NEW logo for the show, taken from Geoff Johns’ Mad Ghost Productions website: 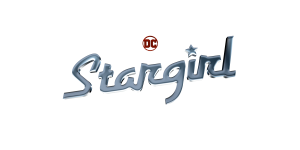 Cool, right! When this was added? Who knows, but this IS the official Mad Ghost website where this is coming from.

I assume this was at a wrap party of sorts (my lame guess, anyway), but take a look at what’s on the TV screens behind them:

The reason I say that this might have been a wrap party is because Pete Woods (Action Comics, Justice League, and Red Hood: Outlaw) has confirmed on Twitter that he and his family were among the first to see a screening of the pilot, as part of a personal invitation from Johns to visit the set: 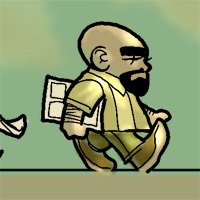 HUGE thank you from the Woods family to @geoffjohns for the invite to the STARGIRL set today. Such a cool experience. Plus we got to watch the pilot and lemme tell you, folks- they nailed it. You’re gonna love this show. So much fun!

Now, about that rumor (I hate rumors): So I’m sure it’s been covered somewhere in the community (you can look for it), but it had been ‘reported’ that Stargirl would move from DC Universe to The CW for some reason.

Asides from having nothing approaching a factual basis (even Bleeding Cool called bull on it), let me let you in on a secret: I got to speak to James Robinson at NC Comicon 2018 last year. He joined the writers room for Stargirl just prior (and I think he might be one of the producers).

At his booth, we talked about Stargirl and one of the things he brought up was the scale and scope of the project. The level of production he described to me was comparable (budget-wise) to Doom Patrol. A lot of cinematic camera-work and wide establishing shots (and they were filming in Georgia, like Doom Patrol). He also mentioned S.T.R.I.P.E, the 15-foot robot, as being a character they actually designed and constructed (that will no doubt be aided by CG).

Let me give you that promo picture from this past Spring. Do you really think The CW could afford something that looks like this: 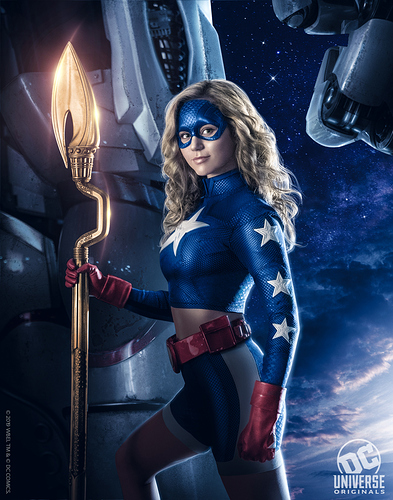 So to sum up, the answer to the question of “Is Stargirl still happening?” is yes. Would we love to have an update or any news on the series? Of course. But the whole point behind me putting this post together was to show that this cool thing IS coming together, albeit while we’re not looking.

Well, this is the end of my epic Stargirl post. I really don’t know how to end it, other than to say that the new logo is really COOL!

Also, Jim Lee announced at NYCC that all principle photography was completed and that Stargirl will be out sometime in 2020.

That logo IS pretty good.

The logo kind of reminds me of the logo from the Helen Slater Supergirl film.

Thank you for sharing all this!

I love that logo and the costume is fantastic. I can’t wait to see this.

I figured that was the case when I was piecing this together.

Looking forward to the show whenever we get it

Especially can’t wait to see how Joel Mchale is in it. Love any time he appears in stuff. Ever since he hosted Spike’s VGX Awards from 2013 where he didn’t care about anything that was happening or what he had to talk about I’ve been a fan ever since lol

It’s definitely happening. I spoke to someone recently who saw some footage and I can’t wait for this show.

@Applejack was pretty tight-lipped about Stargirl in tonight’s Office Hours, but I got the feeling that an official announcement is coming soon.

It’s certainly still happening, and I’m pretty sure it’ll still be here on DCU first … but we might just end up sharing it with one of WB’s sister companies or something.

This is what she said:

You’ll find out more in the near future about Stargirl and DC Universe (which is happening).

Stargirl will be seen here.

I didn’t expect to hear much about Stargirl until it was close to release, which won’t happen until after the HQ animated series. HQ premieres at the very end of November, which means we should start hearing and seeing Stargirl promo not until mid-December, based on the DCU’s promo history. I’m not stressing over this as I have enough in my life to deal with. Worrying over promotion isn’t 1 of them. As usual when it comes to DC news or lack thereof, the rumor mill is always taken to 100. I’m over this.

Very impressive. Batman level of investigating. Also happy to hear some kind of news/update. Very excited for this series, I think the casting is so well done for the series. This should be the most favorite show of DC Universe when it’s finally released.

I’m seriously looking forward to Stargirl. I love the JSA and I love Legacy characters. this is looking like a fun show.

I wish I had Batman’s investigative skills! In this case, I found that it was really easy to connect the dots if you pay close attention in places where others might not look.

I didn’t think Stargirl wasn’t happening, just been waiting and waiting after Swamp Thing ended, but then saw it was it going be next year instead. Then hadn’t heard anything in awhile, then saw tonight in an e-mail I got, there’s a new Green Lantern TV series. in the works only it was going be on HBO Max instead,of being on either the CW or DC Universe, but also saw that Doom Patrol season 2 and Stargirl was going to now be on HBO Max and nothing about if all 3 would also be on DC Universe too. So I assume the neither Doom Patrol season 2 or Stargirl will no longer be on DC Universe. If that is the case, what was the point of the DC Universe if they are putting all of there original shows now on HBO Max they don’t want to put on the CW? What’s next Titans, Swamp Thing ? What will DC Universe be for old shows & old movies and comics and maybe some news? I don’t have HBO if it’s even cable/TV and I’m signing up and paying to watch them TV or the computer. Didn’t for Star Trek won’t for them as much as I’d like to see the shows, unless there here, I’ll just have to wait till they come out on DVD. So is she here not, that’s what I want to know.

Can’t wait for the series, would be lying if I said I was not growing impatient after looking forward to it for over a year, but have no doubt it’s coming. I mean come on, they filmed the whole thing why would they shelve it.

Is it still impatient if they originally said it was coming August 2019?

Stargirl will be on here. So will Doom Patrol, however DP will be on Max at the same time.