Ted Kord is dead and the Scarab has picked another host, but can Jamie Reyes handle such power? Well let’s find out!

2.) Do you consider the “Posse” a necessary evil?

3.) What do you think of Jamie Reyes?

4.) What was your favorite moment? 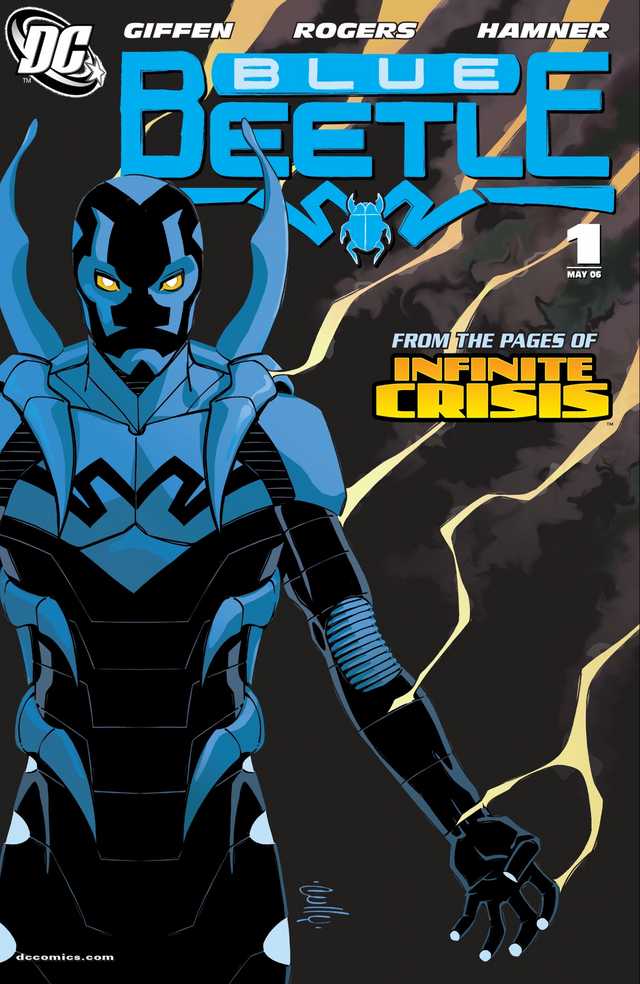 Can’t wait to hear what everyone thinks! This is a fun one! 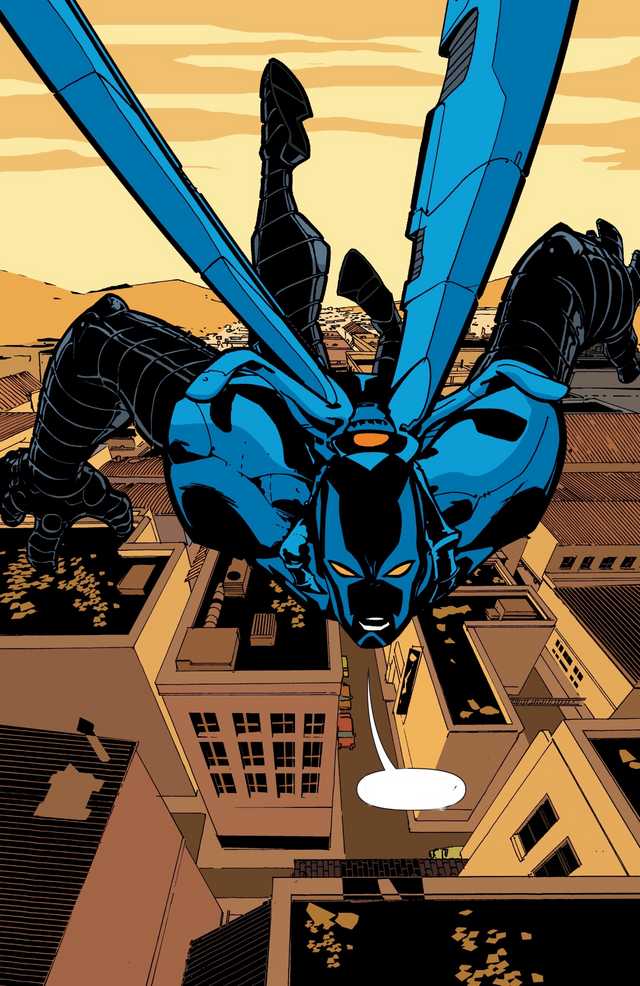 Nice! Always meant to read this one. Definitely a good way to kick me into finally getting to it.

Random Plug: this Blue Beetle series is also being reprinted in the new Flash 100 Page Giant series. #1 is available at better Walmarts now, and at comic stores (with a new cover by Dan Panosian) next week.

accepts checks from DC, Walmart and Diamond, gives a cut to @MattMcDonald, then goes back to reading

Gosh I love this series so much. I was finally able to collect the trade paperbacks last year when I found several of them on discount and in good condition. I think DC should reprint this series so more people can find it.

Anyway, this opening arc is not the first appearance of Jaime; that honor goes to Geoff Johns in Infinite Crisis, I believe. However, this series is what goes on to be the clear definition of the character and the voice, especially as seen in Young Justice. This first arc does a lot to establish Jaime as a Spider-Man like figure in the DC Universe, as well as set up his personal stakes which develop in unexpected ways throughout the series.

I think this series has aged remarkably well and is an easy and emphatic recommendation from me to readers of all ages who are looking for a fun teen adventure that doesn’t just copy the tropes, reaching for something new and exciting.

Jamie really goes all out when he returns and shows his family. It’s great stuff!

I’ll expect my cut in the mail

@MattMcDonald Your cut and a recipe for a pan of Blue Beetle fudge are on their way!

I really enjoyed this seies.

I was so disappointed in the 2011 version.

I haven’t checked out the New 52 Book. What’s your favorite thing about this version of the Beetle?

Don’t get me wrong, I never disliked Ted Kord, but his character never grabbed me. Jaime Reyes drew me to the character and then drew me into his world.

I’m interested to see where the Posse ends up, since I’ve never read the full run.

I didn’t realize there was so much love for this run. Thanks for reading it again and joining us!

Happy Friday night folks! Let us know what you thought of this week’s selection before the weekend is over!

Yes it was, and overall I liked it. It feels reminiscent of a lot of different teenaged hero archetypes both classic and modern, but I think the family and friends of Jaime are well developed enough that it works. I don’t know if I’m going to immediately go back into this, but I’ll definitely want to finish this run at some point.

“Do you consider the “Posse” a necessary evil?”

It’s odd, really – from what we see (or at least from what I remember), they don’t seem to really do much that identifies themselves as a criminal gang. They feel more like the Scooby Gang, but nowhere near as memorable.

“What do you think of Jamie Reyes?”

He’s pretty likable – in some ways, I think he kind of feels rather blank and standard, but I wonder how much of that is just him being sort of reacting to the world around him instead of actually acting. I would hope this is something that’s improved on with future arcs.

Definitely the reveal to his parents and sister. In these teen hero books, the standard, cliche storyline is “I have to keep my heroic identity a secret to protect my family.” This story basically says “eff that, drop the bomb on issue 3.” Aaaaand it doesn’t quite turn out so well.

Speaking of reveals, it’s odd in that it feels like A LOT of people know Jaime is Blue Beetle from the start. We get his parents, his sister, his two best friends. Then you have the bigger members of the superhero community like Batman and Oracle. And THEN you get the Posse, which is about…five-ish people, I honestly don’t even remember any of them. And then there’s all the people in that prison thing AND la Dama herself, the overall villain of the piece.

Man, at this rate I feel like pretty much all of El Paso is going to know who Blue Beetle is by the end of issue #12.

3.) What do you think of Jamie Reyes?
He’s an excellent character and stands out in a great way amongst all the other DC heroes - which is difficult to do. I love that this book never forgets he’s a teenager. He’s smart, funny, and caring (seeing him try to support his dad at work, and being there to comfort Brenda was heart-warming) - but he’s still going to school somehow through it all. His reaction of not being impressed with the Bird’s of Prey’s names was hilarious.

4.) What was your favorite moment?
I probably shouldn’t have laughed at the moment in the attached panel (expand pic) where Jaime reveals transformation to his family, but I couldn’t help myself. Poor, scared, Milagro!

There were lots of funny moments! I liked renaming meta-humans “extras”. I love Jaime’s family so much. They were relatable and down-to-earth. Brenda and her Aunt are forces to be reckoned with, and Paco was cool.

Loved this energy and fun in this one @MattMcDonald!

It is fitting because a lot of super powered characters in comics are really freaking extra.