This week we’re going to be checking out Superman Red Son.

What would happen if Kal-El landed in the Soviet Ukraine instead of Smallville? That’s the question Mark Miller & team pose with Superman: Red Son.

1.) Is this your first time reading Superman: Red Son?

2.) How would you rank this title with other “Evil Superman” stories?

3.)Which character was your favorite? 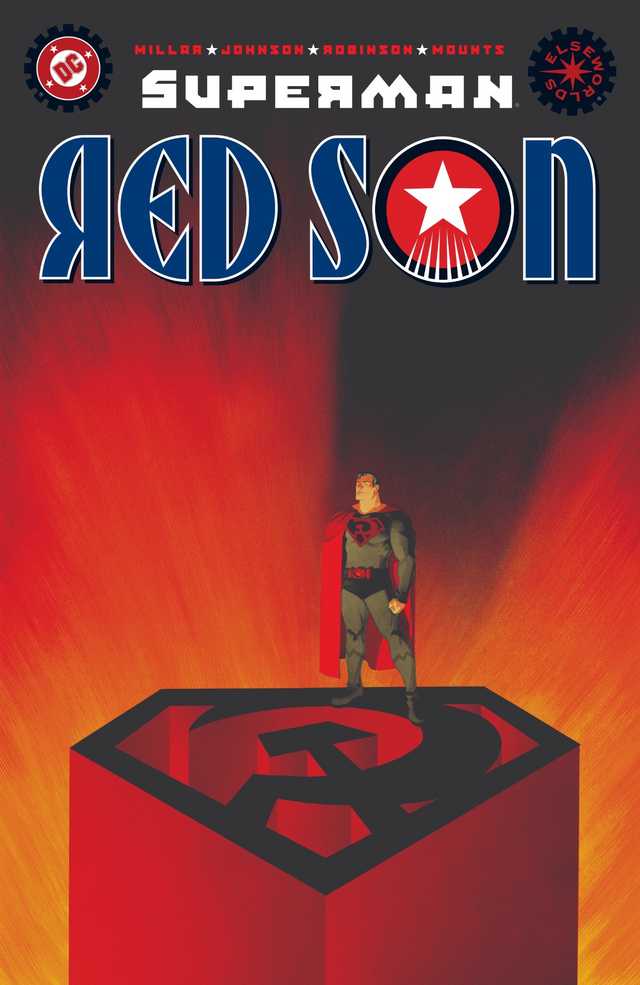 I’ve heard people talk about this run so much. I’m stoked to finally read it!

I’ve read it and I might be in the minority of people that didn’t love it. I thought it was okay but I didn’t go ga-ga for it the way everyone else did. I think because of all the anti-Superman people I’ve met who love to throw this story around when talking about how Superman is always evil and would be a dictator in real life, it’s soured me on this story. I also think while the twist is interesting, that’s what mostly gets discussed. Since this is a DC forum with DC fans, I’m so excited to see people actually talk about the story rather than the “Superman is evil” or “the ending twist” discussions I always see when this story is brought up.

I do like that even when you put Clark in another setting with another ideology, he’s still got that innate sense of good in him. You can’t take that away from him no matter where you place him. And I love Brainiac in this story.

I’ll have more to say when I’ve re-read it. It’s time to give this another try.

This has always been in my top 3 favorite Superman stories!!! It might even be one of my favorite comics, period. I just love that even though it’s not the Supes we know, it FEELS like him. Mark Millar really gets Superman imo. Plus, Russian/Cold War versions of Batman, Wonder Woman & Green Lantern are really fun to see. I’d read a whole run based off the Batman in this book.

@JL Red Son is a story in the same vein as Batman: Damn. One graphic novel told in 3 extra length stories.

This is like my 4th time reading Red Son. It is my favorite incarnation of both Superman AND Lex Luthor. I love how it shows that not matter what, Superman is Superman and will always (eventually) do the right thing for all people. I also love how Lex Luthor is a genius and passionate about only one thing - destroying Superman and everything he stands for. My favorite part is at the end, when Superman reads the note that Luthor wrote. Of all the things that could stop Superman or persuade of his errors, it was just a few scribbled down words that not only summed up the error in Communist ideology, but showed how Superman perpetuated this error of thinking simply because he had the power to. Superman realizes that the power he has does not mean he can’t trust mankind or that he has to save everyone and everything. Those few words delivered to Superman his true ideology of hope and the trust he has always put into mankind.

I finished Issue 1, here are my reactions so far:

I like how the author reveals the father-son relationship of the captain and Stalin. It was a surprise at the end of a conversation. “…Bear in mind you’re only one of a number of illegitimate children I have out there, you know.”

I laughed out loud when Hippolyta dismissed Stalin’s romantic advances “…Maybe if you were five thousand years older…” ha!

Lex made Superman his mortal enemy because Supes beat him at chess.

I’m enjoying how we see the good nature of Supes in this issue. I’m really looking forward to the next issue.

I couldn’t stop reading this. I finished issues 2&3.

1.) Is this your first time reading Superman: Red Son?
Yep!

3.)Which character was your favorite?
Superman. He really tried to do good, but didn’t see how he had become a dictator and Brainiac’s pawn.

4.)What was your favorite moment?
I loved Wonder Woman breaking the lasso (image attached), but that ended up breaking her completely (poor Wonder Woman). Also, the Green lantern reveal was cool and unexpected. Batman was defeated - I don’t think I’ve ever seen that happen. Lex’s simple, yet effective, note to Superman in issue 3.

I absolutely loved this story. It’s difficult to write a story that is steeped in politics yet is still compelling, fun to read and somehow doesn’t feel like it is all about the politics. The pace was consistent. The story covered so many human issues:

I read the twist at the end of the story three times and googled it as a fourth check because I guess my mind didn’t want to accept what I was reading about Superman’s lineage. I was already wowed by the story, but that extra at the end was an atomic wow.

I was a little relieved that it wasn’t all Supes fault, he was being used.

@MattMcDonald
This was a real treat to read. Bravo! 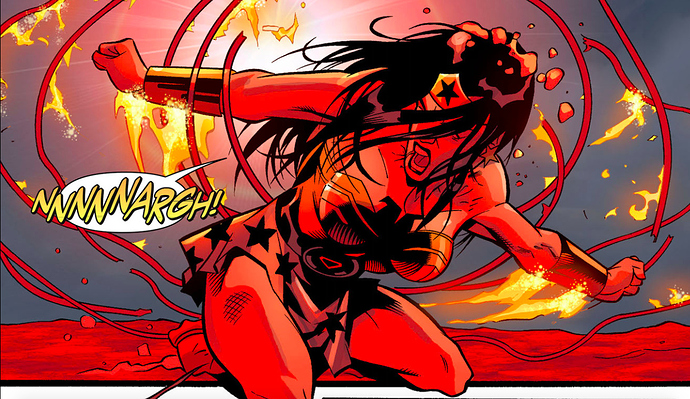 Just noticed this – first issue of Red Son is trending as we do this book club. Coincidence? I think not! 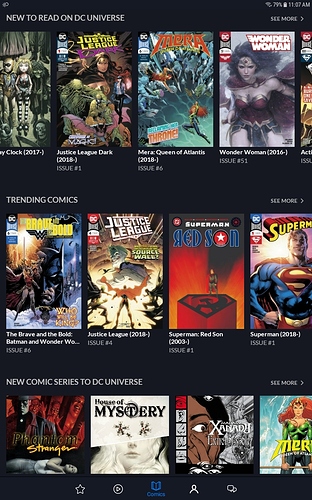 People keep using the term “evil Superman” in relation to this story, but I don’t really understand why. If you read the book, the rest of the world outside the US becomes a utopia. President for life Luthor is the aggressor here.

The end of Red Son is the equivalent to those videos of fascist jagwagons with titles like “guy DESTROYS leftist with FACTS and LOGIC”. The fault in Superman in this story isn’t that he’s a communist, it’s that at the end of the day he’s always a naive and uptight pain in the ass. He means well in any universe, but he always biffs it by being a single-minded pain in the ass.

I’m interested to see your take on a re-read. I was the same as you, maybe even more negative. I read this a long time ago and didn’t care for it at all.

Then recently when looking for books for this very club I picked up the first issue and just fell in love. It really clicked for me on my re read.

It may have more to do with the recently announced animated adaptation, but I’d like to think we pushed it up there:)

I understand that. Which is why I put evil Superman in quotations.

It’s often put in the same box as other evil Superman stories which is why I included the question.

Sorry, wasn’t trying to sound like I was swiping at you. I just meant that it’s an overall weird interpretation that people put on this story. Superman brings the world to full communism and bows out once he realizes that they’re at the point where they can actually self-govern. throughout the book he allows the US it’s right to choose capitalism as a path of self-governing despite his own opinion of it.

Sorry, *full stateless communism is what I meant to say. Full, self-governing peace.

I just finished and…I remember reading it a while back and liking it well enough, but now it felt kind of “meh,” borderline below average. The idea is far more interesting than the execution. I think part of it is just the writer himself, Mark Millar. I feel like Millar as a writer thinks he’s far more clever and intelligent than he actually is. It feels like an edgy fourteen-year-old is writing it instead of a grown person, and that especially comes through in this version of Lex Luthor. At least this story from Millar didn’t feature anything too out of character (like his frankly godawful writing in Civil War) or anything really gross and disgusting (like putting a bomb in a teenaged girl’s uterus in Nemesis and the gang rape of the Wasp in Ultimate Comics Avengers).

“How would you rank this title with other ‘Evil Superman’ stories?”

Frankly, after rereading it again, I would put it pretty close to the bottom. The only “evil Superman” story I can think of that I think is really worth it’s mettle is the Injustice comics.

“Which character was your favorite?”

I would probably go with Batman – they really implemented him well as a natural enemy to Superman within this version.

I would probably go with the very end, where Superman’s home planet turns out to be Earth after all and he is sent back to create the world that he escapes from. That was legitimately a clever twist and one of the most inventive things in the entire story – which is funny, because it’s been said that Grant Morrison was the one who gave Millar the idea in the first place.

I was in the process of re-reading this before this week’s Book Club began. I’ll respond to the questions in full after I’m done reading.

Mark Millar also had a pretty darn good run on Superman Adventures, the tie-in book to Superman: The Animated Series.