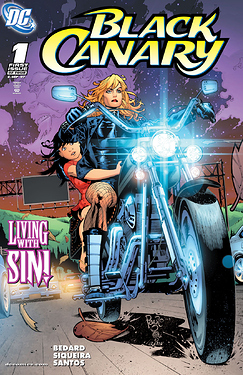 ”Black Canary goes to war against the League of Assassins, as the fate of a young girl named Sin hangs in the balance.

Thanks for dropping in! It’s our Girl Power! week here at #dcubc #dcubc-girl-power.

“Sometimes the most beautiful things are also the most deadly. Such is the case with Dinah Lance, a.k.a. the Black Canary, a silver-tongued songstress who just so happens to have the power to turn her voice into a super sonic blast she calls a "Canary Cry.” - DCU Encyclopedia/Black Canary.

HOW TO JOIN THE FUN!

• Reply your answers to the discussion questions, share your thoughts about the story, or both!

• Have fun discussing the book with the community. All are welcome to join, just jump right in!

We’d love to hear your general reactions to and thoughts about the story.

Questions? Concerns? Feel free to send me a direct message.

This reminds me of bit of the Birds of Prey story we read as a group last year.

I love this story. I’ve committed to a lot of reading over the next week comic book and otherwise, but I’ve got to find time for this.

boy do I have some thoughts

Can’t wait to hear them!

This reminds me of bit of the Birds of Prey story

Hey there! This story goes in a very different direction. But Black Canary is her awesome self in both stories!

I really like seeing Ollie and Dinah fight together. There styles are so different. To your point, I think they balance each other too. 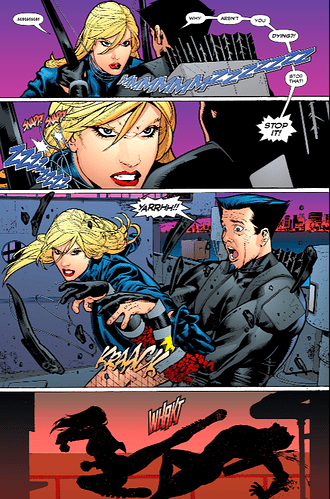 Thanks reading and sharing

I love this story.

Hi @msgtv
I really love this one too. It’s quick and packs a fun punch. I hope you can join in!

Lunch today was Black Canary 1-4. What a great read, this is what comics should be. The fact that this was a single self-contained story also helps. The writing and art had just the right amount of humor, particularly when it comes to Green Arrow.

image1536×606 742 KB
If someone pitches you a story with the Black Canary and the don’t include they fact that she’s one of the world’s greatest hand-to-hand combatants, don’t hire them 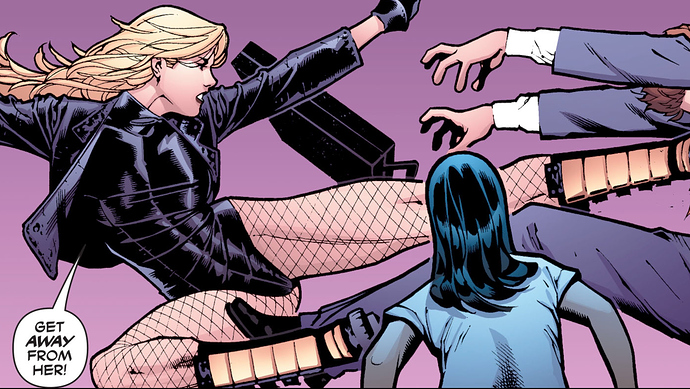 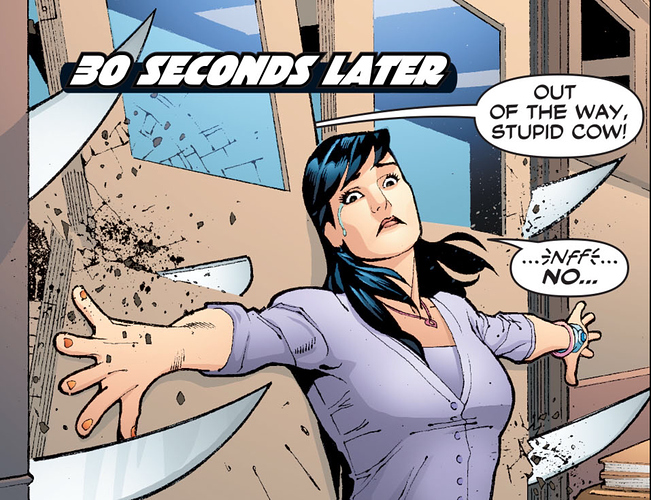 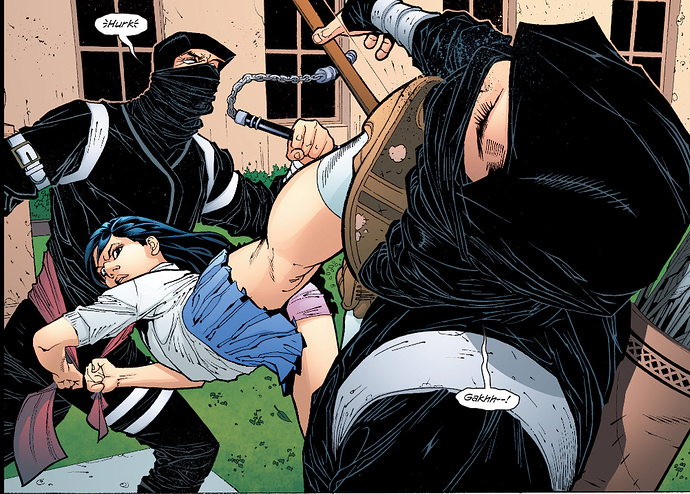 The art was fantastic, it looked beautiful but didn’t sacrifice power or emotion 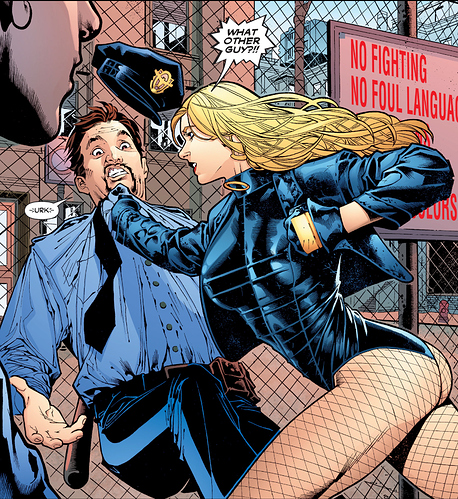 Considering how disposable certain characters were in this period of DC and how anti-family the company has been for some time, I was concerned that they were actually going to go through with killing Sin. Thankfully, they didn’t actually stock the fridge this time, but it still did feel like they were writing the character out of the books and essentially dismissing a contribution to Black Canary’s personal life made by Gail Simone.

@msgtv
Thanks for sharing the panels. I’m really enjoying them, I loved the art.

The writing and art had just the right amount of humor, particularly when it comes to Green Arrow

I agree. Here’s two of the many moments that made me chuckle:
Sin is hilarious, and I love that Oliver decided he might as well listen to the teachings in anger management 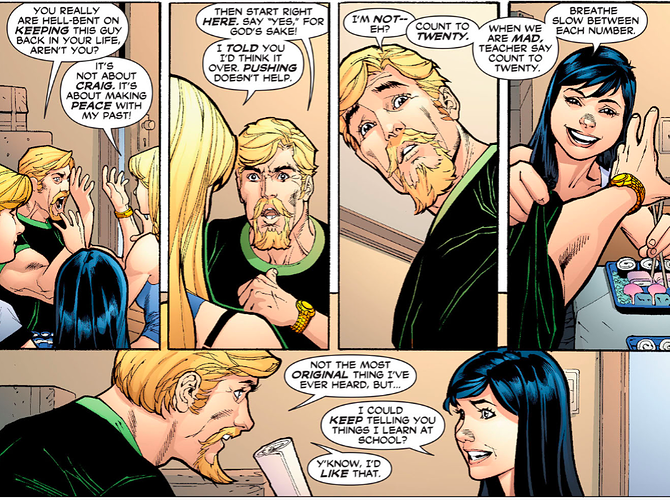 I also think it’s adorable, hilarious, and completely in-character for the Flash to be clueless about Black Canary and Green Arrow’s feelings for each other.

The art was fantastic, it looked beautiful but didn’t sacrifice power or emotion

Thanks for reading along. I’m happy you got to revisit this one and share your thoughts with us

Hi @AlexanderKnox!
For a moment, I thought they were going to kill her too. I was glad she survived. I was so relieved and little emotional while reading the letter at the of the story. The end was beautiful

Is this your first time reading Black Canary 2007?

Yes, it is. I’ve read the wedding issue (loved that), but never the lead up to the wedding.

What was your first exposure to Black Canary?

Probably the Justice League Unlimited cartoon (I can’t remember if I watched her in that, Smallville, or the Birds of Prey TV show first).

What was the most memorable fight scene to you?

The confrontation between Black Canary and the LoA on the boat after Sin “dies”. Black Canary lets loose and shows off her skills amazingly.

What do you think of Black Canary and Green Arrow as a couple overall?

I love them at times, other times I can’t help to think Black Canary shouldn’t be in a relationship with someone just to make the other person “better”. I thoroughly enjoyed the flashbacks and how they were able to show the progression of Dinah and Oliver through the years. I could have done without the constant reminders of Oliver being a cheater.

What was your favorite moment?

Black Canary using her Canary Cry is always a highlight for me. When she blasted everyone on the boat, telling them to get away from her was one of my favorite moments. I also get a kick out of characters in silhouette. I just love it. I also really enjoyed Oliver bragging about how much he has trained in hand to hand combat just for Dinah to quickly take him down. That was hilarious. 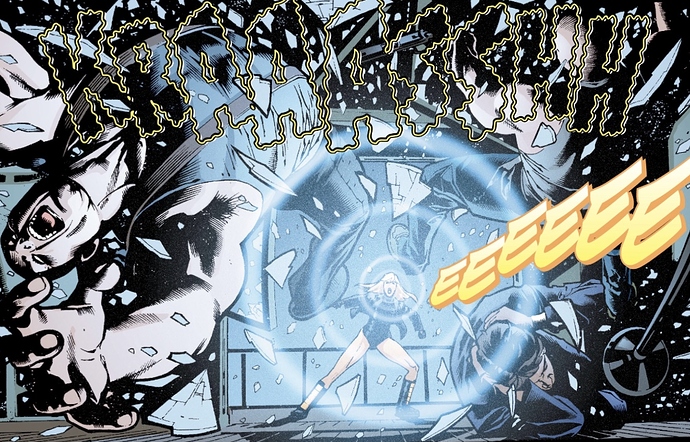 Overall, I thought the book was really bad. Though there were a few strong moments visually, for the most part, it was either generic, bad, or both. Not only were the visuals lacking, so was the story. This is clearly a Green Arrow story where Black Canary happens to be this tangential character we follow along. We’re even constantly reminded that this is spinning out of the pages of Green Arrow. Dinah’s story is the B-plot where we’re playing catch up just like she is. Black Canary pretty much lacks agency the entire time. Dinah never knows anything going on. She’s constantly getting lied to and falling for it. Everyone is betraying her in some way or using her. The villains don’t care about her, she’s just a random thorn in their side. Dinah is just a chess piece for everyone else to move around. The LoA use Dinah to get close to Sin, Oliver uses her to legitimize his plan.

I thought I’d love seeing Wonder Woman in this, but the way the artist depicted the female characters was off putting. This image really was when I just had to roll my eyes. Her lasso even encircles the area as if it isn’t evident enough already what they were doing. 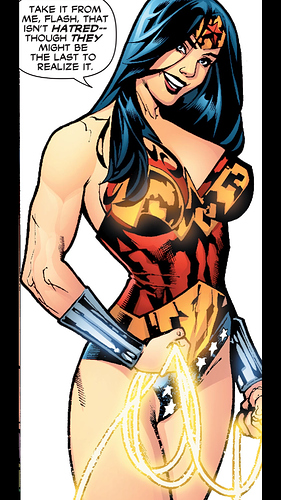 the way the artist depicted the female characters was off putting.

Yeah, I liked the story more than you did, but I certainly noticed the trend you’re talking about…

Is this your first time reading Black Canary 2007?

I had read it once before, and not only did I absolutely hate it, it actually turned me off of the Ollie/Dinah relationship for YEARS afterward.

Now, to the book’s credit, I had misremembered parts of it. For some reason I was remembering it that Sin was kidnapped through the whole mini and it was found out that Ollie took her in the first place. Seeing that Ollie had his own plan to save her from her actual kidnappers, accepting that it would probably destroy their relationship lessens the blow a tiny bit, but it was still MASSIVELY ■■■■ of Oliver to do this to Dinah. It’s an outrageous breach of trust and the fact that Dinah accepts his proposal immediately afterward is just mind-boggling and makes no sense.

What was your first exposure to Black Canary?

Interestingly enough, my first exposure to “Black Canary,” while technically not Dinah, was probably in the infamous “Dark Knight Strikes Again.” 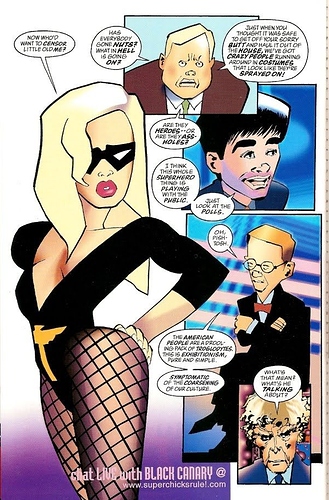 Though in terms of Dinah herself, I’m pretty sure my first exposure to her was in the Kevin Smith run of Green Arrow.

What was the most memorable fight scene to you?

Agreed with @nu52 on the Dinah vs. League (and pretty much every damn one) after she thinks Sin died. She was absolutely and appropriately savage, especially with Merlyn.

As for another moment, I would say that Sin’s fight against the ninjas and accidentally some of the cops was also good. Her reaction to seeing what she did was some good storytelling.

What do you think of Black Canary and Green Arrow as a couple overall?

In this story? Like I implied at the top, it’s probably the worst depiction of their relationship I’ve ever seen. Completely awful and toxic, if they were rational people they would never speak to each other again after this massive breach of trust.

Thankfully, they’re written MUCH better in previous runs, like the aforementioned Kevin Smith run, and in modern stories like the Rebirth Green Arrow run.

What was your favorite moment?

I think I’m going to piggyback on @nu52’s and say the big ass Canary Cry that blows everyone away, because honestly there isn’t really a lot to this that I would consider a “favorite.”

On the art, yeah, Paulo Siqueira if not in the same studio is definitely has a similar style to the likes of Ed Benes and such, I will say that he’s drawn much better stuff than this. He actually drew the Forth World/Kamandi pages in the Multiversity Sourcebook. 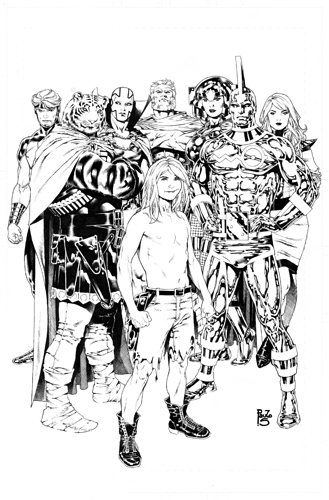 And this is how he tends to draw Diana nowadays.

The confrontation between Black Canary and the LoA on the boat after Sin “dies”. Black Canary lets loose and shows off her skills amazingly.

Yes, she was awesome!

I’m sorry this one didn’t hit the mark for you. Thanks for reading along and sharing your thoughts on this series.