Wonder Woman: Year One explores Diana’s first year in the world of men and the events leading to her embracing her destiny as Wonder Woman.

Our spoiler discussion begins now and ends at the end of the day on Sunday, July 28th! 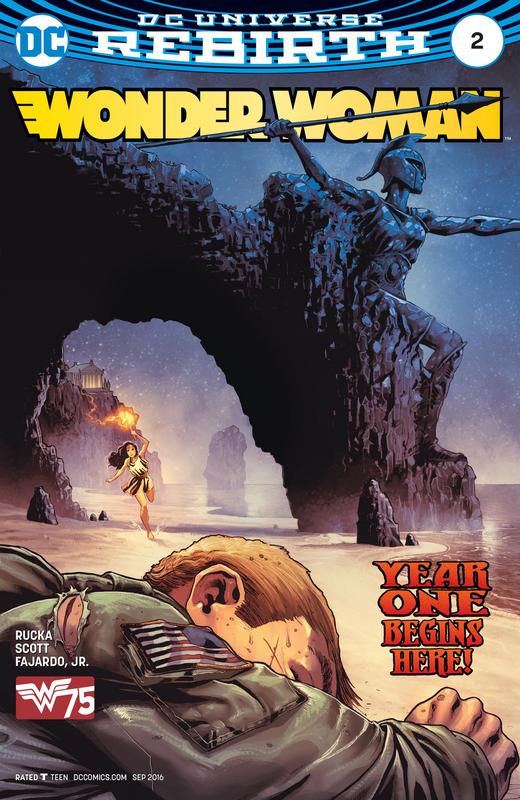 I just recently read this for the first time.

1)I read this a couple of months ago for the first time. It’s a great read.

This is the fourth time I will be reading Wonder Woman Year One. It is is one of my top ten story arcs.

My Favorite Wonder Woman story is by J. Michael Straczynski, starting with issue 601. The first arc is incredible. She is alone, with amnesia, possessing only a fraction of her powers and none of her weapons, and she is being hunted. And she looks great in pants.

As always, Diana fighting Ares never works. Ares is too powerful to defeat and he has no personality, or even a reason to pick on Diana, except spite or jealousy.

What I like best in this origin is that she originally has the same abilities and power set as the rest of the Amazons. She gains her super powers in America, from all the Greek Gods, represented as animals. As opposed to other stories. If I remember correctly in the New Frontier one shot, there are other Amazons flying around the island!

Also her affairs with other women is noted.

And we got the invisible plane! Although it is not clear how the Amazon scientists reverse engineered rebuilding the airplane, it is within my suspension of disbelief.

My favorite character and the one my heart goes out to is Barbara Ann. She had a terrible childhood but became a sort of Indiana Jones, both explorer and professor. She is super smart and a little disabled, needing a cane because of a previous adventure.

Seeing Barbara Ann flirt with Etta made me hope she would be happy always. But her fate was to become the Cheetah.

The shopping mall scense was incredible with Diana and Steve showing true heroism.

Prior to that, Diana’s despair in jail, wishing she was still home, humanized me to her a lot.

@Mononon
Hello!
I really enjoyed Azzarello’s run too. In fact, that was the first Wonder Woman story I ever read. I loved every moment of it. I’m looking forward to seeing Cheetah on the big screen next year. This origin story for Cheetah was one of my favorite issues in Year One.

@TurokSonOfStone1950
Hello and welcome back! So glad to hear your thoughts in bookclub again.

I loved all of your spoilers. Diana having the same powers and abilities as everyone else is what sets this story apart from other Wonder Woman stories I know. It’s difficult to find new ways to tell origin stories, and I think the author succeeded in doing something fresh and new. The Greek gods represented as animals was a nice touch too.

Also, the part about Diana’s despair humanizing her - YES! I fully agree. That part made me forget she was destined to be a superhero. I just saw a homesick young woman who was regretting her decision to leave.

I took note of your favorite story and look forward to reading it.

@Jay_Kay
Hello! I read it when it came out too. I was more interested in the Year One story than the parallel story that was coming out on the odd numbered issues. I am really looking forward to your response to question 3 and your general reactions.

Oh yeah, definitely – looking back, I was a little more extreme than I intended, and would say that the Year One part is definitely the book at it’s best. The problem is the present issues which seem less like Rucka telling a story and more him ranting about how no one understands the character but him and turns Diana into a lame, ineffectual, whimpering psycho to somehow prove this.

@Jay_Kay
I’ll never forget walking into the comic book store, seeing Diana in a straight jacket, and feeling outraged by the image. If you want to have full discussion about the New 52 WW-> Rebirth WW change, just let me know, I’ll make a new thread. I’d love to hear peoples’ thoughts about that transition. I have plenty of opinions on it

I think the art in Year One is beautifully unique. In fact, the art is one of the most memorable parts of Year One for me.

This has been on my “want to read” list since the big comic drop. As good a reason as any to read it now.

@msgtv
Yay! I look forward to hearing your thoughts on this one. 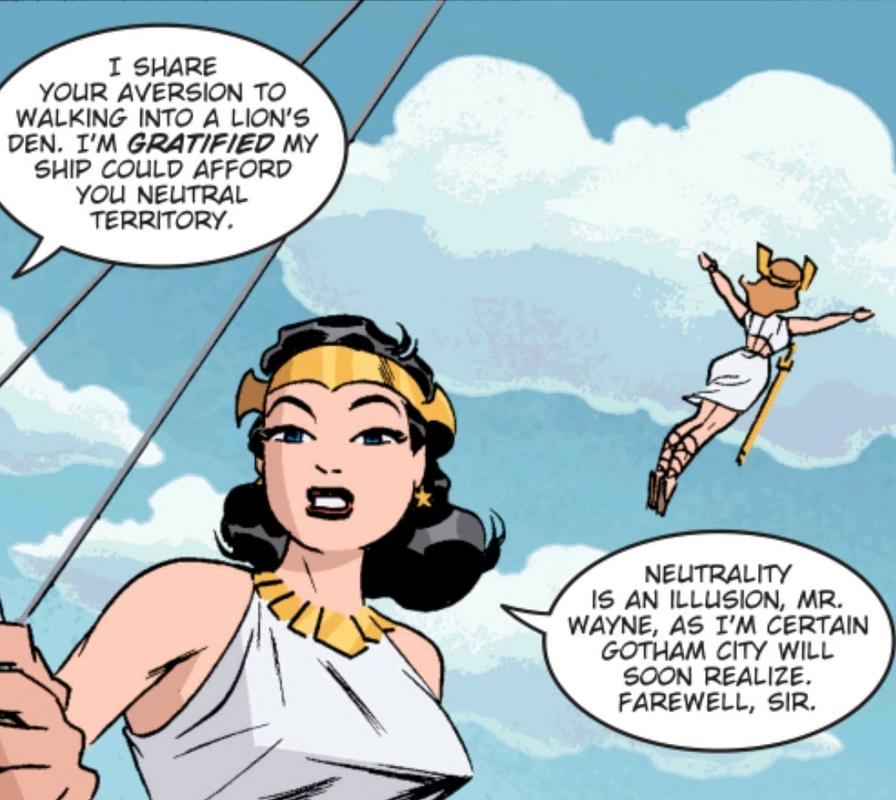 Sounds great to me! I’d probably wait until I reread the run again so I have it fresh in my mind before getting into the nitty-gritty. I’ll focus on the issues here for now, sorry if I was going off-topic.

@TurokSonOfStone1950
Flying Amazons for the win! Thanks for posting the image.

@Jay_Kay
You’re good, absolutely no apologies needed, and let me know when you’re ready to chat about it. =)

Turok says this is one of his favorite stories, 3 issues in I can see why. Rucka somehow manages to be faithful to Wonder Woman’s history and completely fresh at the same time. Diana acts, and looks thanks to N. Scott, young and innocent. While her finding Steve and venturing to mans world tracks her origin story, small details like the analysis of Steve’s equipment, make this story seem more modern. And, it’s clear to me anyway that relationships have developed on Themyscira they way you would expect them to. Going to have to move the est of Ruckas WW run to the top of my crowded list.

@msgtv
I like your call out to the small details. The small details really made a big impact on the feel of this story. I’m happy you’re enjoying the first issues so far