Wow, great scene. I like the way she looks here, fierce and capable. Just if I was in charge I would have said to give her a couple more pounds. As for her code, she desperately wants to stop the bad guys but she does put bombs in people’s head.

Ha! Yeah, she does have bad habit of putting bombs in peoples’ heads.

If I hired the Wall for a job, I’d have fine print somewhere that says she’s not allowed to tell me HOW she gets jobs done. But I’m 100% certain she’d get any job done, and done well!

I’m personally not a big fan of the New 52 redesign of Amanda Waller, where it was for some reason deemed necessary to give her supermodel proportions to match every other female body type in the DC Universe. Part of what made Waller appealing is that she doesn’t look anything like your typical comic book character- she was a real person. And she could STILL look Batman square in the eye and never blink.

@HCB
I think you make an excellent point. I may be becoming anti skinny-Waller now. Physical appearance aside, she’s a total boss in both issues!

I think it made a certain amount of sense to have her in fighting shape in the New 52-verse when the idea was that she was a soldier who worked alongside the likes of Deathstroke, Black Canary and Grifter. I think the larger bureaucratic take is more iconic, and in some senses more interesting – because the Amanda Waller I’m used to? She does what she does and has zero regrets or qualms about it.

Some of it looked familiar – I might have seen a page or two from it on Reddit when it came out, but it’s the first time reading it fully.

“What was your first exposure to Amanda Waller?”

My first exposure was the Justice League Unlimited cartoon, where she made a huge impression, where you couldn’t really tell if she was on the right side, you just know that she was formidable the second we saw she knew who Batman is under the cowl.

“After you read these issues/pages, what 3-5 words would you use to describe Amanda Waller’s personality?”

In this story, I would say she’s more of an anti-hero – her heart is in the right place, but she’s willing to get her hands dirty to do it. But to me, this version feels kind of like Amanda Waller-lite, and not just because she literally weighs less. To me, Amanda Waller as she’s normally portrayed, is sort of the Dexter of the DC Universe – she is just as sick, twisted and masochistic as the villains she tortures and uses, she’s just smart enough and has just enough of a sense of right and wrong to use her talents for the betterment of the world – however her definition of that is often different than everyone else’s.

“Would you hire Amanda Waller for a job? Why or why not?”

HELL NO, because I’m pretty sure even if she’s assigned to cook breakfast it would end with some collateral damage.

To elaborate on Jay_Kay’s post about Waller working with Slade, Grifter and the like, those curious about that should check out Team 7 (2012-2013). It was one of the wave 3 New 52 titles and short lived at only 9 issues, but it’s a fun read.

Amanda’s shown in prime fighting form alongside other characters that would go onto prominence (good and bad) elsewhere in the DCU.

@Jay_Kay
I LOL’ed at your response to the question 5! Poor breakfast.

My point on her shape would be I’ve seen women in top fighting form who don’t have what Hubcityquestion accurately calls a super model body. Another thing that’s interesting is that we are debating whether she should be shown slim or curvy, not how they turned her into a Barbie. So, the industry deserves credit from turning from its gravity defying female physiques often seen in the 90s

I never thought I’d see Amanda do something this heroic. I always figured she’d assign someone else to this type of work.

I was pleasantly stunned by her heroism in this scene. 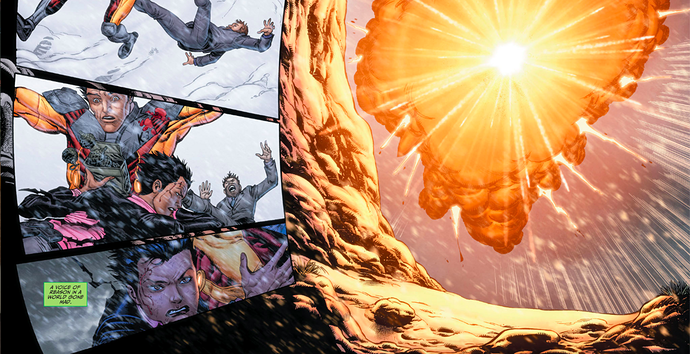 Discussion for “the Wall” wraps up on Sunday evening! (June 23rd)

What’d you think of the art?

The art was… okay. Not super amazing, but it did it’s job, serviceable. I think if it was done by the cover artist, it would have been more interesting.

Suicide Squad Amanda Waller #1 from the good ol’ New 52 days when a newcomer like Jim Zub could get work at DC!!!

This was an interesting character study; most stories involving Amanda W have her in the background, often hardly showing up for the comic. Here she is front and center, and the story highlights her military background.

For a one shot, I thought it was pretty good. I honestly have never heard of the artist (again, what a time it was to be a writer or artist during the New 52 explosion of comics), but everything looked professionally rendered and flowed well for me; I used the page by page view on my 10 inch Android tablet. So, let’s go with a 7.75 out of 10!!!

Some day I’ll maybe stop stating the DCU folks that some of these comic book characters remind me of, but the way Waller thought about things, acted and spoke did remind me at times of DCU Manager Applejack. Example attached, imagine this being said during one of our bi monthly internet crises here on Community, lol… 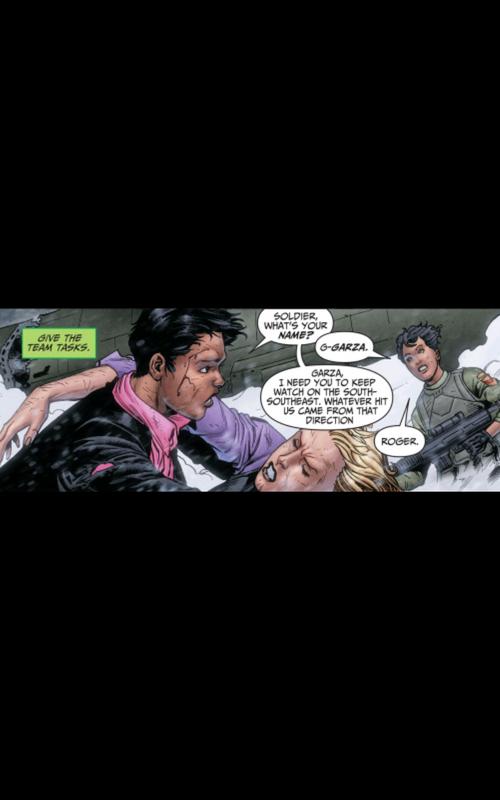 What a glorious Saturday, three out of five of the book clubs I participate in I have at least touched today… later on today I’ll try to go even higher up this Mount Everest of comic books to climb!!!

What we really need here is about 10 more comic book clubs hahaha… seriously, it’s nice to have all these choices. And how wild is it we have these 20000 plus comic books to dive into endlessly.

Good luck to everybody running them voluntarily.

Sorry to interrupt but is there a book book club for guys.

If so please chat a link to it. thanks

This book club is for everybody …there is just one week a month where it features female heroes.

Regarding her military service, I thought it was a cool way to explore her background. I didn’t know what to expect going into this comic and was happy to see her military background explored.

Hi there! I like your point about Arrow. In this story, I think she’s a hero too.