Gail Simone’s acclaimed Birds of Prey run began with this arc, entitled "Sensei and Student.” “Sensei and Student” kicks off in Hong Kong with LADY SHIVA and BLACK CANARY! Get ready for a lot of fun cameos and action!

As always, we love to hear your general thoughts about the story!

Our spoiler discussion begins now and ends at the end of the day on Sunday, May 19th!

Questions, Comments, Concerns? Feel free to reach out to me on Discord or via email: JLonDCU@gmail.com. 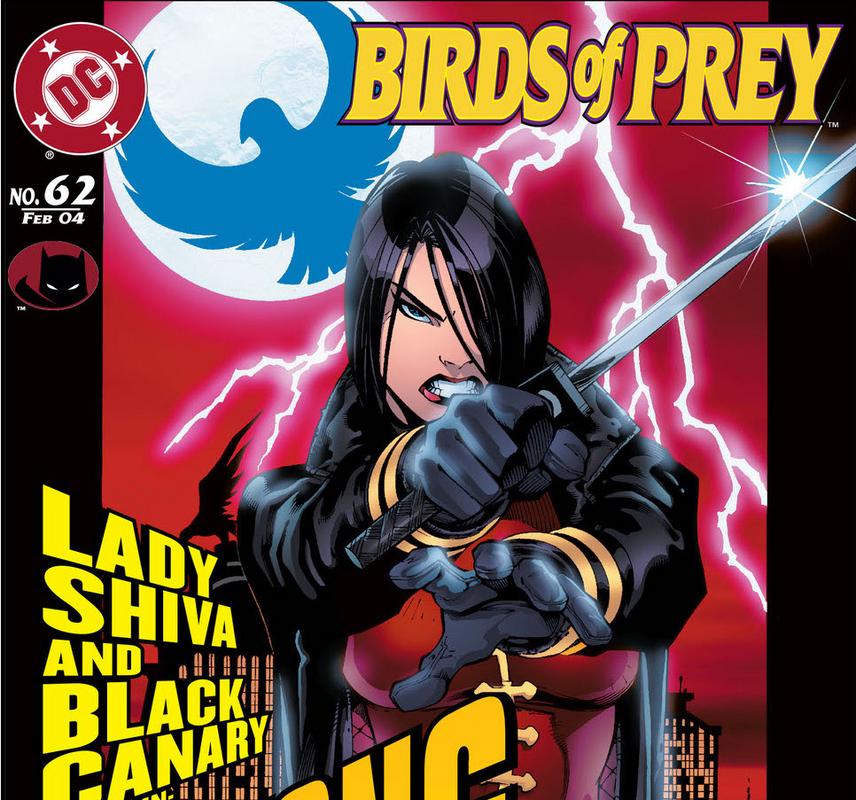 You have my attention.

Awesome! I’ve read this a few times in the past – once when I was a wee lad getting into comics borrowing books from the local library, and more recently when there was a sale on BOP on Comixology, I got a nice chunk of Gail Simone’s run (which, let’s be real, is the end-all be-all of BOP runs) including this. Looking forward to reading this again!

Sadly, I’m not up to the main BOP ongoing series yet in my deep dive into these ladies, as I’ve started with their individual stories first (Oracle, Black Canary, and Huntress) from the late '80s that lead into the group. I’ve been working off a rough reading order I posted here: https://www.dcuniverse.com/community/boards/comics/all-about-birds-of-prey Just finished the 1992-93 Black Canary series and went into the 1994 Huntress-mini series. So I’m getting close, but won’t make it all the way here. If you peeps are curious and haven’t read these earlier solo adventures, they are well worth it. I have to say, my favorite has to be the first Huntress series from 1989. Simply awesome. And I can’t wait until I get to the actual Birds of Prey material and of course the famous Gail Simone run!

It will be great to read this again, thanks for selecting it!!!

Cool beans, this is a good read!

I’ll answer the other dealies after I’ve read this.

I love this entire series. I’d give more general thoughts, but I’m not really sure how to talk about perfection.

Well, alright. I admit the art’s a little lackluster. And Huntress’s costume is a little absurd, but I’m pretty sure that was Jim Lee’s doing.

As for the questions:
1: Well, sorta. I actually read it the day before yesterday. By the way, hi! I haven’t really participated in any of these book clubs because I’m usually reading something else that I don’t want to interrupt. Once I’m caught up on most of the stuff I’m really interested in, I’ll probably show up to these more often. But because I read this recently and loved it, well, as HCQ said, you have my attention.
2: No way. I mean, it would be cool, but she seems like the kind of teacher who would just keep hitting you until you figured it out, which feels like a slow and painful way to learn something.
3: Well, Cheshire being a terrible person is nothing new, but it actually did catch me by surprise that she (A) was dumb enough to betray Lady Shiva, and (B) actually managed to subdue her. Most of the other twists were not necessarily predictable, but also not as surprising as this one.
4: Now, generally my favorite of the main BoP cast is Oracle, but while I was reading this, I do recall noting that for once, I was actually more interested in what Black Canary was doing. Not that I don’t also like Dinah, but in previous runs, my brain sort of registered Birds of Prey as an Oracle series that’s even cooler because it also guest stars Black Canary. And actually, I think the first three story arcs of Gail Simone’s run are intentionally focusing on each of the core three. The first is about Oracle’s battle of wits against Savant, the second is about Black Canary teaming up with Lady Shiva and wrestling with the legacy of various mentor figures, and the third (my favorite so far, though admittedly mainly for Oracle’s B-Plot) mainly follows Huntress’s cult infiltration mission.

As far as the most memorable character overall, though, Cheshire as written by Gail Simone always manages to surprise and entertain me by always being even more horrible than you’d expect. She’s pretty much the perfect example of a character you love to hate.

On the Huntress’ costume, yeah, that was Jim Lee’s redesign from when he was doing the Hush storyline with Jeph Loeb. Definitely not my favorite. I really like the current costume she has now – feels like a better mix of tactical and cool.

As for the artwork by Ed Benes, it’s interesting, because I remember Gail talking about before (I think it was on her tumblr) where he was one of her favorite artists to collaborate with. Partly because while Benes definitely always delivers on cheesecake, he worked just as hard on beefcake as well, appreciating what he would do with the characters she created like Creote and Savant. Most importantly, though, she talked about how she loved how he was able to make the characters act with their faces, how Benes was able to make the characters show more than just “grr angry superhero punch” faces, but surprise and joy and sorrow. 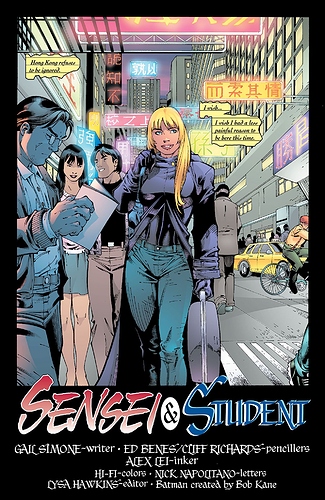 @everyone
I’m reading all of your comments so far, and one thing comes across loud and clear: Enthusiasm! I absolutely love your enthusiasm for Birds of Prey and can’t wait to hear more of your responses on the reading.

@BatJamags
I’m glad you’re able to join us this time around! Thanks for delving into the questions. Regarding your comment, “She[Chesire]'s pretty much the perfect example of a character you love to hate” - I couldn’t agree more!!! She was so well written. I found myself rooting for her a few times.

@Jay_Kay
Based on your previous experiences with Birds of Prey, I’m especially excited to hear your answer to #4!

@Mae
Thanks for dropping by! It’s great to see you in Book Club. Part of me secretly hopes you can drop everything and catch up because I really want to hear your thoughts on this run - but I know that’s not how life works, we all have things pulling at our schedules.

Can’t wait to read this!

@Vroom
At first my answer to #2 was the same as yours, but then @BatJamags changed my mind. I probably wouldn’t last one day under Lady Shiva’s training, haha!

@JLWWSM I would love to join obviously but I’m also one of those people that if I start something I have to finish it, so I usually try not to jump around to different thing. Sorry! I’ll definitely come back to this discussion once I read these issues myself in a couple of months, I’m a slow reader

@MattMcDonald
I can’t wait to hear what you think!

@Mae
No worries at all - I totally get it! I’m always stoked when I see your comments and am super glad you dropped in this week!