For the June Challenge, the @DCFanArtClub were put into teams — a penciller, an inker and a colorist. Then, to make things even more unpredictable, they were randomly assigned a DC character and a genre.

Meanwhile, those who chose to fly solo were assigned Hawkgirl.

If you like what you see, please support our artists! Thank you for checking out their work!

TEAMS! Pick someone from your team to post. They should include ALL 3 STAGES OF YOUR WORK — the pencils, the inks, the final product — in a single post. 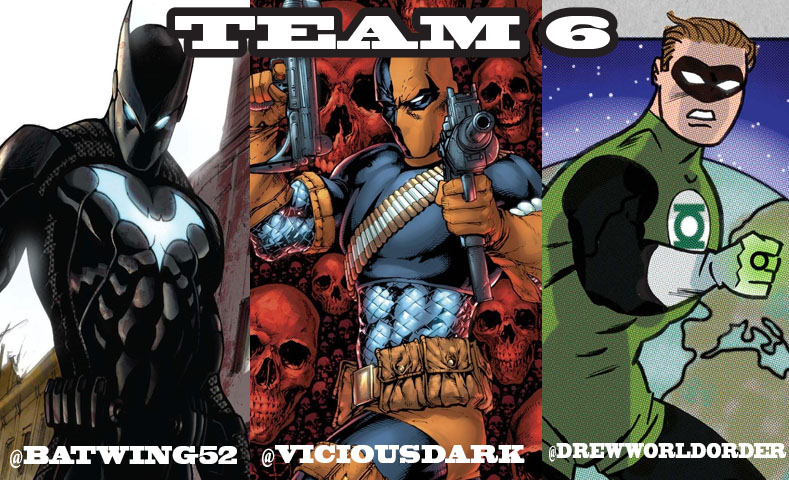 Team 6 has completed the challenge. The artistic justice league of @Batwing52, @Viciousdark, and @DrewWorldOrder have joined forces to stop Two- Face from messing with History.

Our story begins one night, when @Batwing52was sitting in their manor reading a book on Baroque Paintings. Suddenly, a pencil flew by their window and inspire them to become Pencil Man. Pencil man used their powers to capture Team 6 arch-nemesis Two-Face in the style of the Baroque painting “Girl with a Pearl Earring.” by Vermeer with their pencil power. 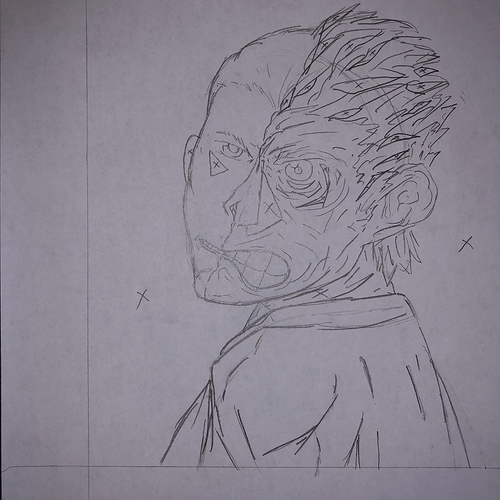 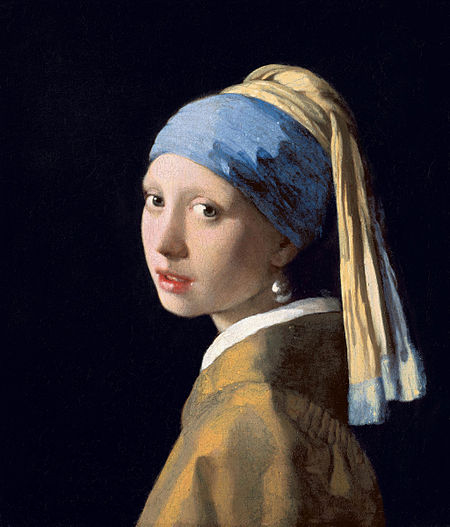 INKMAN was born on the planet Inkblot and was given the name @Viciousdark at birth. As a baby, his parents sent him to Earth in a small spaceship moments before Inkblot was destroyed in a natural cataclysm. His ship landed in the DC Fan Art Planet and found that they had mastery over all types of inks. Inkman uses their ability to cover Two-face in beautiful inks. 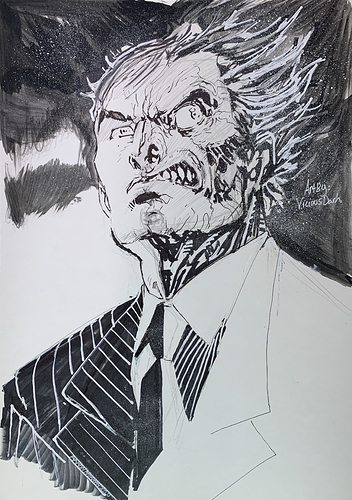 A dying alien named Mac Book , member of the Colorist Corps , crash-landed his ship in the Californian suburbs. Having selected a replacement officer for his position, the power computer chose @DrewWorldOrder for his ability to overcome great fear of coloring art on computers. The computer and its abilities to control the color spectrum were explained to him, and he inherited the mantle of The Colorist. The Colorist uses his abilities to use to color to contain Two-Face in a Baroque style painting. 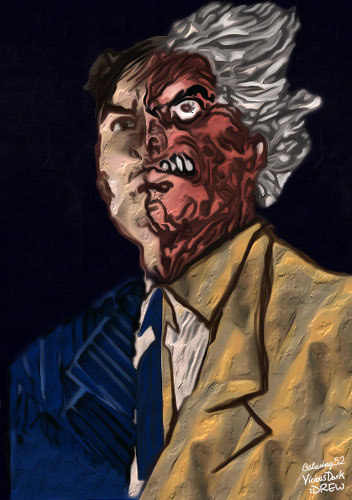 With their challenge completed, the three heroes return to their respective cities knowing that the day would come when another artistic challenge will invade the DC Fan Art Universe and Team 6 will unite to save the world again.

Can I just say beautiful work guys and a story to go along!!

Team 1: had the challenge of drawing Jason Todd with a western flair.

@chongoboy1014 (bro) was in charge as penciller. 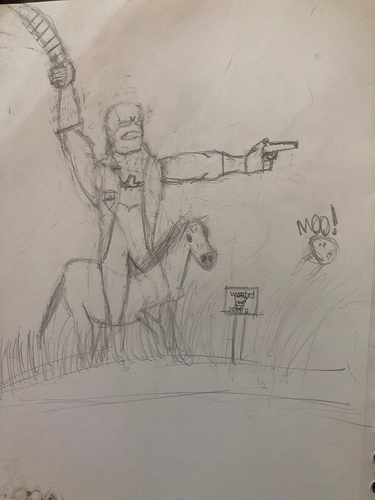 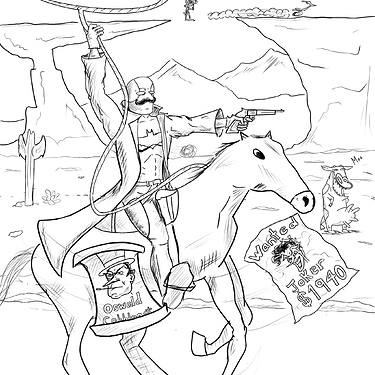 And @stefanie.m added some color. 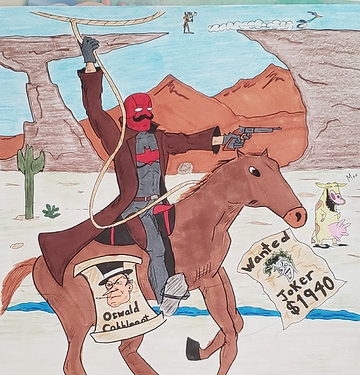 @Batwing52 @Viciousdark @DrewWorldOrder
There is so much I love about this! First, I love the way you all chose to interpret your prompt of Two-Face and Historical. It was such a smart and unique idea to combine Two-Face with a famous, historical painting (as opposed to having him meeting historical figures.) The fact that you all came up with a background story for the piece just makes it so much better. I can definitely see how each of your all’s artistic styles influenced the final piece and I think that it came out fantastic!

Jason Todd & Western is such a silly combination, and I love how you all made a playful, fun piece out of the prompt. I like how you all added little details to tell a story. The two “Wanted” posters are great! But one of my favorite things is the addition of other Warner Bros characters. I laughed so hard at Cow (from Cow and Chicken) and Road Runner and Wil. E. Coyote in the background. You all did such a phenomenal job! 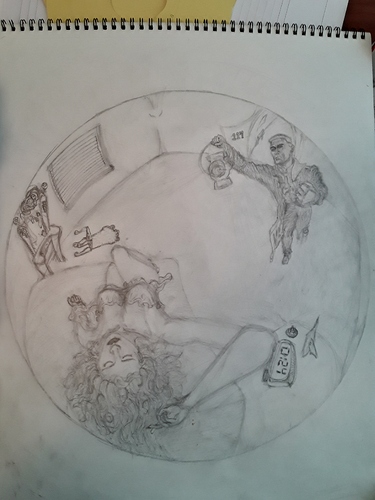 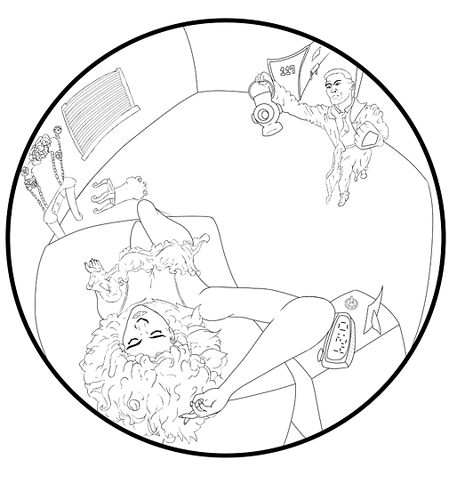 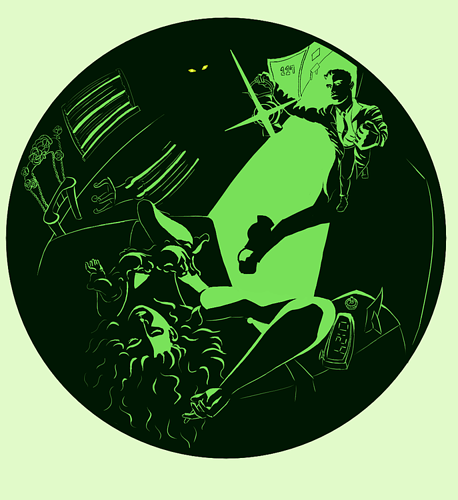 Throwing this in just for fun. I never was good with color and just recently got photoshop. I need to watch some tutorials and learn how to use it but this was just me messing around, I don’t have a stylist pen thing and did it with my mouse cursor. 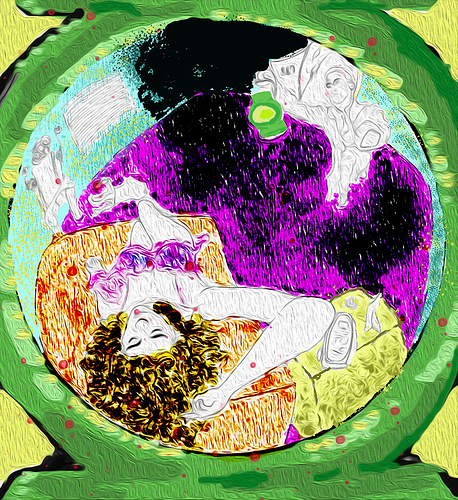 @jedbottis.93473 You geniously made bro of chongo’s cow the cow from cow and chicken and how did you get that small to put the colors on the help sign and @stefanie.m how did you get small enough to color him?

Team Fear of Intimacy:
We really lucked out with getting Romance as the genre for Scarecrow (sarcasm) but we hit upon recreating the Romance Comics but using Scarecrow, Scream Queen (Brave and the Bold) and Becky Albright.
@ImpulseMaxMercury was on pencils: 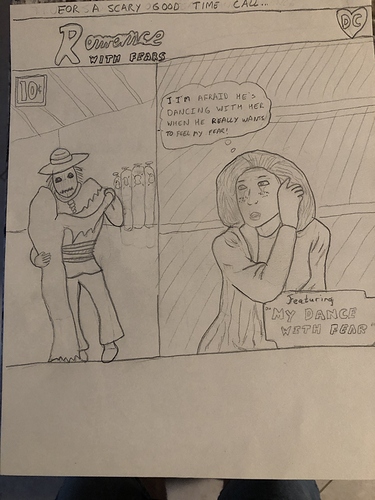 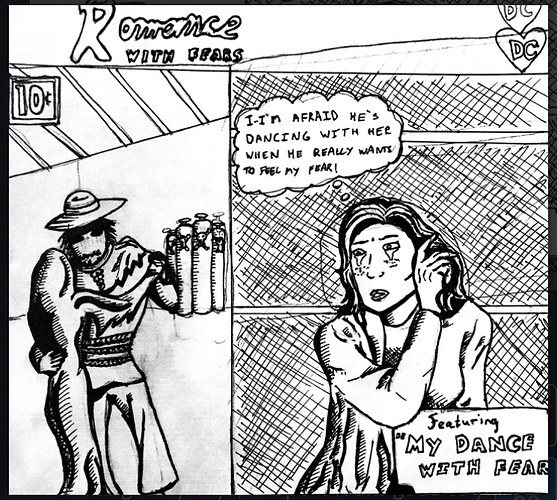 image750×673 256 KB
Our own DCFAC @CynicalPink brought the final picture to life in Technicolor! 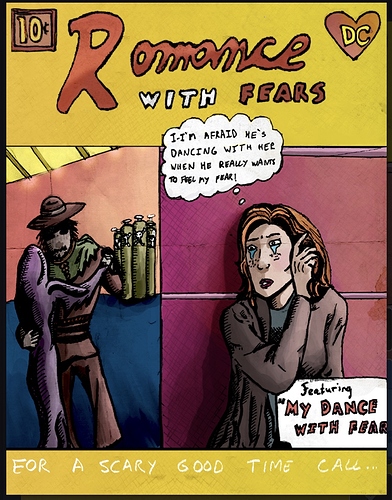 Team seven- robin in the swamp-
We had Damian Wayne in a horror scene, so who better for a scary drawing than the horror comic king, swamp thing. Pencils by: @loganmichaelphilips 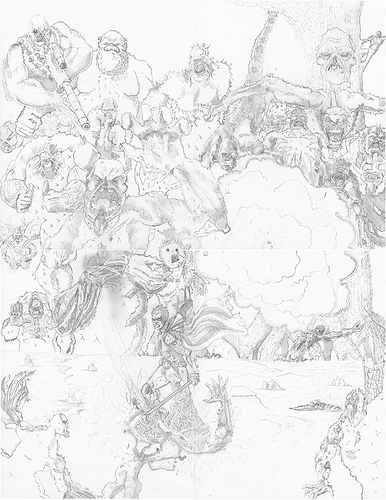 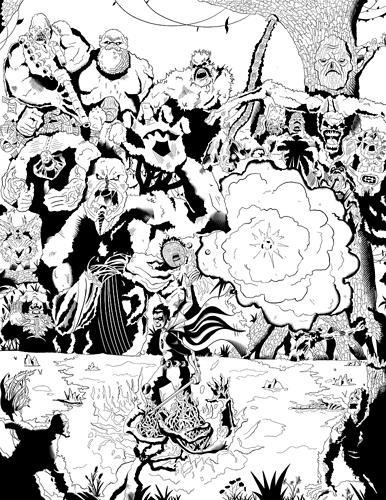 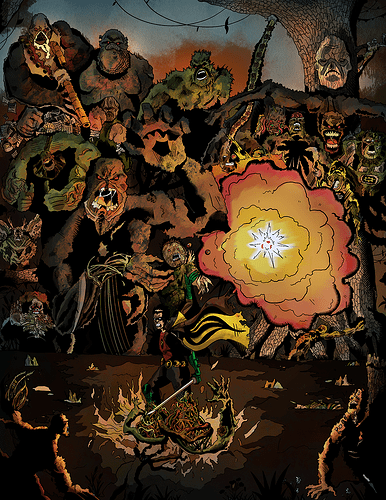 @chongoboy1014 @jdebottis.93473 @stefanie.m, I love how this transformed little by little, showing each of you touching it with your unique skills and artistic eyes. Looks fantastic!

The perspective is superb and the thought of the fish-eye lens was a great idea!! The clean inks, the noir feeling from the colors! What a team!! Amazing work from you all!

Spectacular shading with all mediums, pencil, inks and colors! Each one uniquely changing the artwork to becoming the beauty it turned out to be!!

Holy cow!! This is so great, I don’t know what to say or where to start! What a powerhouse team y’all made together!! What a great foundation of such detailed pencils and imagination @loganmichaelphilips! @PettyDabblerOfTheDarkArts, your inks are the core of what makes the building blocks of this artwork come together! Expertly shading in the right places to separate all that is happening in here! Then the one thing the piece needs to yell scary/horror, the mood lighting. @CynicalPink the use of the darker greens and browns to keep it “Swampy” and with the lighting like we are at a campfire telling scary stories is brilliant! This is quality stuff here and a joy to see! I totally love it!!! Thank you for your hard work!!

My Hawkgirl - I just want to say wings are so hard! 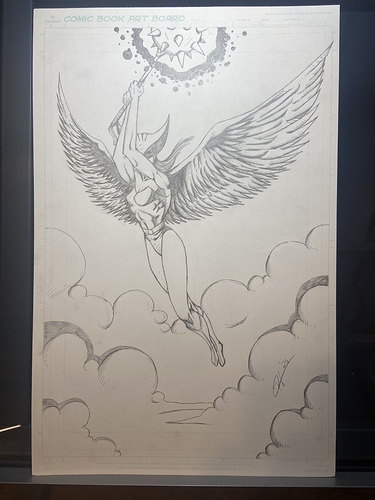 I absolutely love the “story” along with the different art stages!

@Batwing52, I really like how you drew inspiration from the Baroque style. Your sketch looks great as well!

@DrewWorldOrder, I really love the way you colored this! The textures and colors look fantastic!

You three did an absolutely incredible job.

The Red Hood with a mustache

@chongoboy1014 Bro, you did an awesome job with the layout (and the mustache addition)!

@jdebottis.93473, the added details to the background and to Jason are incredible! Love all the WB references too!

@stefanie.m, fantastic job with the coloring! It looks great!

This whole piece really came together well - you three are amazing.

@AquamonC137, love the sketch. You went for such a hard perspective, and it came out great!

@Broken-Knight, fantastic inking! I really like the tiny details on the vanity set in the background.

@wonderlyn, this coloring style really looks awesome! I love how you were able to preserve the detail while just using black and green.

The sketch, inking, and coloring were all wonderfully done. You three make an amazing team!