Happy Fourth, everyone! This week the @DCFanArtClub drew DC characters as famous figures from American history. Please check out their submissions below! 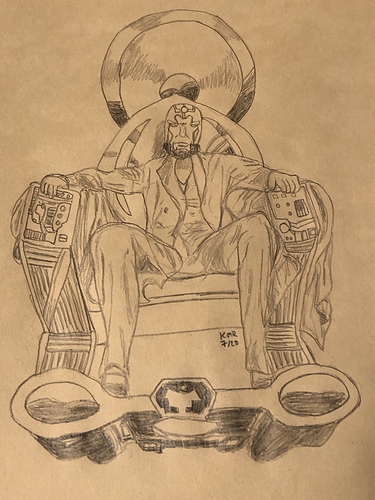 This is my version of Alexander Hamilton stealing the cannons; a’la Martian Manhunt(immigrant making a difference). 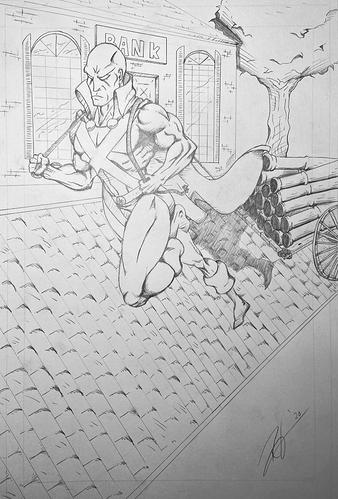 @ImpulseMaxMercury This is so well rendered! What a smart combo idea too! This works so well. I think this might be your best piece I have seen so far!! Amazing art, bro!! 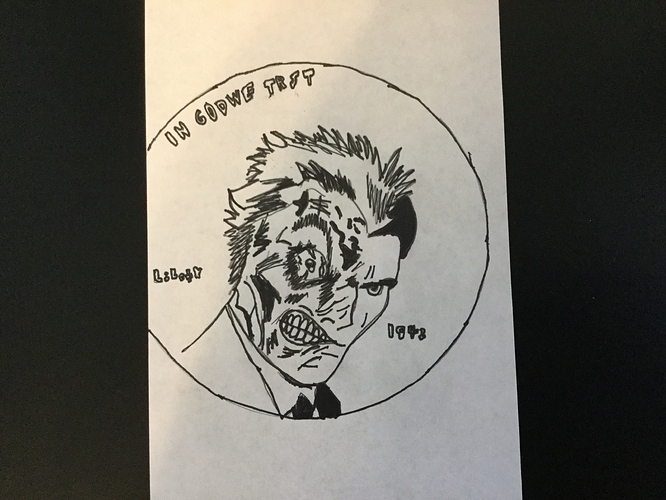 @TheRealDetectiveChimp That is an awesome 5 minutes!! I wish I could pump out something like this in 5 minutes! Sweet work!

Rob stole the words out of my mouth! I was about to say I think this is one of your best pieces. The dynamic perspective is challenging, but you did REALLY nicely with it! And your work always takes such intricate attention to the details, but your shading on this one, too,really shows a lot of care; I can get a sense of him as a figure, not just a flat object.

And the idea itself cracked me up.

I’m loving how creative people got with this prompt (which makes me embarrassed to submit my plain one in a minute).

That’s beautiful! And clever! The cobbled streets and attention to the details of the bank are beautiful, and the little touches really convey the strength of the haul (tension in the muscles, the bit of movement in the canons). Love how clean your art always looks, too. It conveys confidence.

I wish I could knock out artwork that quickly!

And fun idea of how to mix Two Face into the whole liberty theme.

Thank you all for your comments, and on the penny has a hidden reference, lets see if I can stump @HubCityQuestion

@ImpulseMaxMercury This was a really cool idea, and it turned out great! I especially like the detailing on the chair. Awesome job!

@RobArt471 Love the thought that went into this! The perspective is really cool, and Martian Manhunter looks fantastic!!

Hope you all have a wonderful Fourth of July 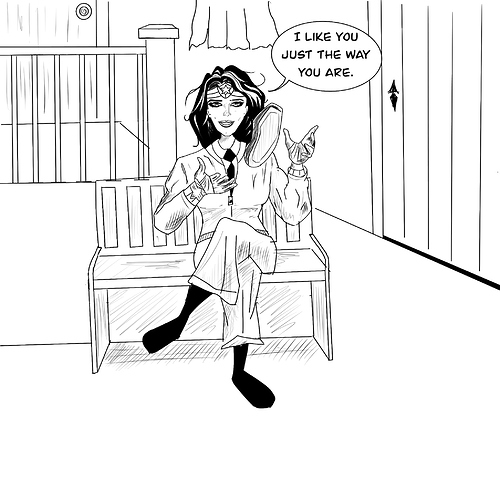 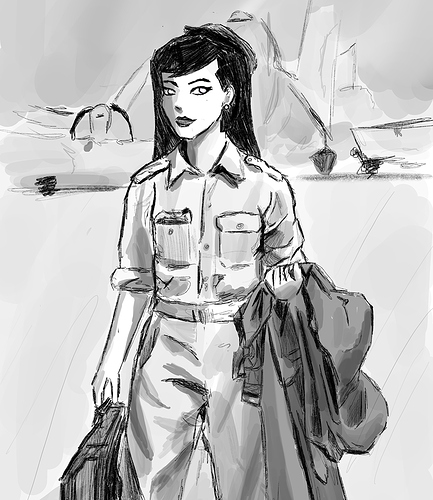 Mine was a quickie too, which doesn’t give this historical figure any justice.

Lois as Marguerite Higgins — reporter, war correspondent and first woman to win a Pulitzer Prize for International Reporting in 1951. I don’t know too much about the history of Superman, but the writers had to take some influence from Higgins:

“Young, attractive, and very determined, Higgins made waves wherever she went. Her struggle against gender bias captured the American public’s attention while she was bravely and skillfully carrying out her journalistic duties and winning a Pulitzer Prize for her coverage of Korea.”

In both positive (and sometimes negative!) ways, she was also described as incredibly competitive, independent, and not afraid of defying the rules to get a story. Link to her story, 'cause it’s pretty awesome.

Awww. Who wouldn’t love to be Wonder Woman’s neighbor.

This should be the next DCU original! I’d even be happy with a series of shorts. Really nice job on her hair and highlights, by the way! As someone who can never get hair right, I’ve got hair envy.

Awww. Who wouldn’t love to be Wonder Woman’s neighbor.

This should be the next DCU original!

Dude. Great job with the foreshortening on the legs and sharpness of the Bank.