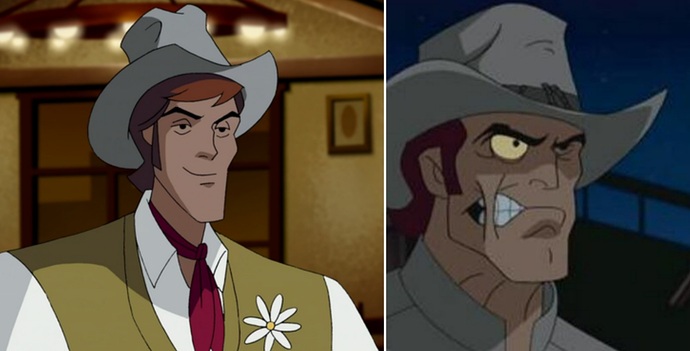 Howdy partner, I reckon you wanted to know what’s this thread is about. Well I’ll tell you, it’s about all things western that take place in DC Universe in the 19 century.
The 2 characters I know so well are Bat Lash & Jonah Hex!
I’m not going to have these guys duel it out in a poll, chances are Hex would win.
So I would like to talk about their comics and animation appearance and in Hex’s case, his movie.
So saddle up and let’s get started…
The comic I would recommend reading is… 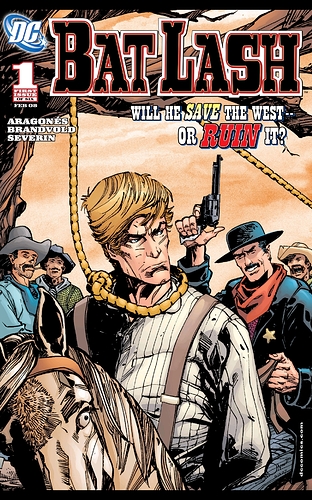 Screenshot_20210502-121152_Infinite1200×1920 1.94 MB
The artstyle by John Serevin is so beautiful, and the story is well written. I think it’s worth reading.
Got a favorite Western story or a character I didn’t mention, please leave a comment. Don’t let this thread ride off to the sunset!

I recently read that Bat-Lash mini series awhile back on here, it really was good origin story for Bat-Lash.

One of my favorite western story’s witch isn’t a comic at all, also its both a western and not a western at the same time.

Is the novel called DC Universe: Trail of Time by Jeff Mariotte, this is what introduced me to most of the western heroes.

In fact the only reason I picked this up was cause Hex was a main hero in it, and I wanted to read something with him in it, since I had recently just seen him in the Justice league Cartoon at the time.

The Novel is about Clark Kent living in a world were pretty much all heroes are powerless or don’t exist, because of magic done by three evil wizards that changed history.

So it’s up to Clark Kent, The Phantom Strange, Etrion and Four Legends of the West to fix the DC timeline. This novel really made me like bat-lash a lot, and it also introduced me to El-Diablo, Scaplehunter, Johnny Thunder. This Novel is what really got me in to the old west heroes.

I think it really neat to see Superman has part of an Old West posse to hunt some time changeing wizards.

And Thankyou so much for your comment @RootBeerMaster! I sure would’ve like to read DC Universe: Trail Of Time.

Outside of Jonah Hex (who I love), I have to admit I’m not real familiar with DC’s Western characters. I have always wanted to read everything Bat Lash, as the idea always fascinated me. I wish DC would start digitalizing some of the older Western titles (Western Comics) and so on.

I agree! Today I found couple of western series that I didn’t even know that it existed! So I made a request for it.

Jonah Hex is part of a vast and varied cast of western characters that DC needs to tap with new series and collected editions.

If there had been a Jonah Hex movie back in 60s or 70s, I think Clint Eastwood would’ve been perfect for the role! 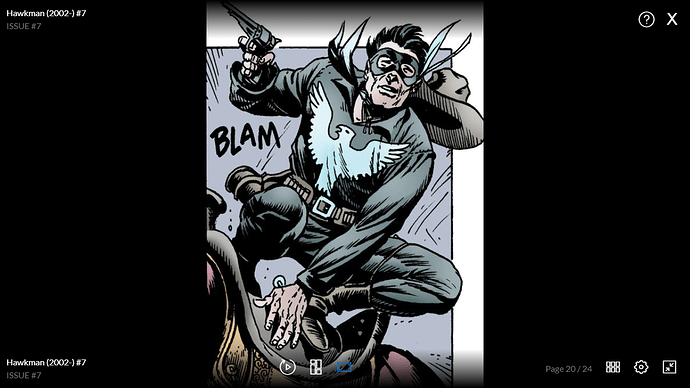 Did you know that a 1966 Batman villian name Shame (play by Cliff Robertson) was actually based on a western character of a movie name Shane?

Justice Riders looks fun! I will have to check it out.

I really wish DC would get back into producing Western comics. They could revive some of their characters going back to the late Golden Age.

Cool topic. Very Interested to see where it goes. I know I’ll be seeing what’s on hear as far as western comics. I have some Jonah Hex comics but haven’t read many others.

I really wish DC would publish an Omnibus (preferably more than one) of some of its old Western characters. As I said, I’ve never gotten to read any of the Golden Age stuff or stuff from the Fifties!

Hey @mercurie80, great idea! I’ve added this to our omnibus request list for consideration by the team.

There are a few Nighthawk comics, and since he is a iteration of Hawkman, he occasionally gets his own issues in the series. 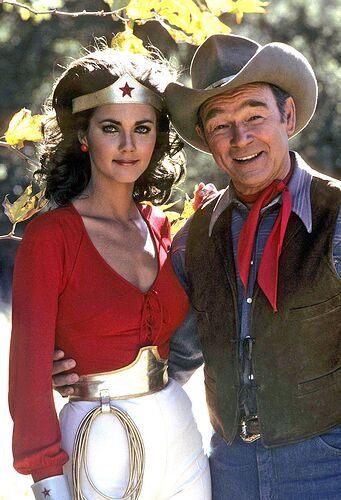 Here’s his famous song he’s known for, Happy Trails To You. 1st season episode if I’m not mistaken. Really good episode too.
And on another note I added Bat Lash to my list on here. Noticed not a lot of Jonah Hex on here though.
I dont own many western comics but I do have a 4 issue limited series of ‘The Rawhide Kid’ from 1985 from the other guys and I have about 50 Jonah Hex comics which includes the 18 issues of ‘Hex’ which I really liked but isn’t western. But among my other Jonah Hex comics is 2 number 1’s!!! The 2006 #1 AND the 1977 #1!!! I have a lot of holes in both collections so would love to see them on here. I also want to find Jonah Hex Showcase Vol. 1 but hard to find at a good price.