Friday’s arrived again, and with it, comes a fresh batch of announcements to share! You’ll soon find that the news has been plentiful this week, ranging widely from the surprise existence (and soon release) of the oft-discussed “Snyder Cut,” to a Stargirl series premiere that’s sparkling with “certified fresh” goodness!

Ready to get in on the fun? Read all about it below! 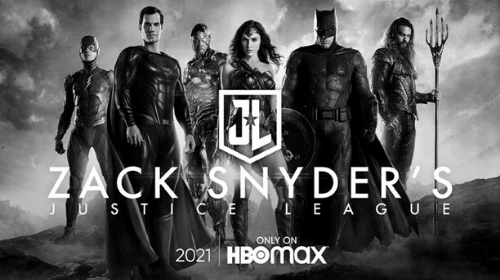 ZACK SNYDER’S ‘JUSTICE LEAGUE’ CUT
The highly sought after “Snyder Cut” of Justice League will be coming 2021!
Read more about it here. 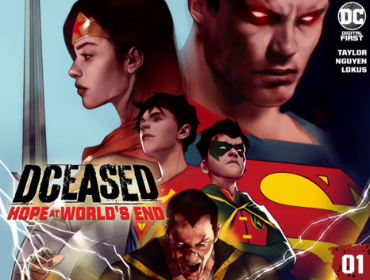 FREE SCOOBY-DOO COMICS
DC made Scooby-Doo digital periodicals free to download, and within several days, saw over 240,000 downloads from digital retailers and over 25,000 views on DC UNIVERSE. Scooby-Doo comics are free to read now until September 7!

DC UNIVERSE WINS A WEBBY AWARD
Congratulations to DC UNIVERSE for taking home a Webby Award, which honors “excellence on the Internet,” specifically for the People’s Voice Award for Best Media Streaming Website. Read our article on the honor here, and a BIG thank you to all who voted!

MENTAL HEALTH AWARENESS MONTH
May is Mental Health Awareness Month so take the time to focus on your mental wellness. In these times of uncertainty, taking preventative steps to care for your well-being is more important than ever before. See the list of links below for information on stress management and other ways to work toward keeping a sound mind:
World Health Organization
National Alliance on Mental Illness
National Institute on Mental Health

PRIDE MONTH - NEW TITLES ARRIVING
To celebrate Pride Month, June will see a major assortment of GLAAD Award-winning and nominated titles arriving on DC UNIVERSE. Outside of DC UNIVERSE, fans can purchase copies of DC’s YA titles including GLAAD Award-nominated Harley Quinn: Breaking Glass and You Brought Me the Ocean, a new title that showcases a coming out story within DC. Read More

Given that 2020 is the Justice League’s 60th anniversary, it’s apropos that the announcement of the Snyder Cut came when it did.

I doubt WB had one in mind when they approved of the other, but it’s a neat coincidence all the same.

Such a great time to be a DC fan.

Awesome stuff looking forward to a lot of it.

True, but not news.

Great time to be a DC fan.

I saw Damian and SB on the covered of the new DCeased! I’m totally reading it!

If you’re still enjoying Lois Lane as much as I am, I’m hopeful it’s conclusion will be worthy of a news blurb.

PRIDE MONTH - NEW TITLES ARRIVING
To celebrate Pride Month, June will see a major assortment of GLAAD Award-winning and nominated titles arriving on DC UNIVERSE. Outside of DC UNIVERSE, fans can purchase copies of DC’s YA titles including GLAAD Award-nominated Harley Quinn: Breaking Glass and You Brought Me the Ocean, a new title that showcases a coming out story within DC. Read More

Does that mean we’re getting additional LGBTQ-related books in our library for Pride Month? That would be amazing! Also, You Brought Me the Ocean sounds awesome and I can’t wait to check it out!

Not sure how I feel on Synder cut. Like seriously how different is this from the movie they put out? Can it be done without refilming things?

I cant believe its actually happening! Im so hyped for HBO MAX

I hope it’s 6 1-hour episodes, that would be amazing

The DCU is humming along nicely. So glad I subscribed. Keep it coming, good people.

Not sure how I feel on Synder cut. Like seriously how different is this from the movie they put out? Can it be done without refilming things?

Well they did the Batman V Superman extended cut and a lot of people (critics and fans)said that it was a lot better the the theatrical version and I beleive they didn’t refilm any scenes. There’s so much they films in all movies that don’t make it to the final cut. So he prob got plenty to work with.
Hopefully this does turn out good cuz honestly asa DC fan I kinda didn’t care for justice league but I did love batman V Superman and think both movies get crapped on unjustly. Partly because it wasn’t a Marvel movie, even other marvel properties got crapped on by MCU fans like Venom, and X-men even before the came out. So many people are blinded by the MCU. Yea it’s good but not all the films and Infinity War is one of my comic movies. Both companies and movies can exist and both can be loved.
But I have faith they can rebuild the DCEU if they wanted, and change actors for sSuperman and Batman and just say JLA was just a vision or an alternate world that Diana was in. BUT they should also wait for some more single hits to come out and then slowly do some cameo and team up movies.

I noticed DOOM PATROL is on HBO MAX. Not complaining but just wondering why? Are they sharing the budget costs or something? And if so you think they can do they same for Swamp thing. That was one of the best pieces sof content on here besides all the comics.
How do others feel about some of the stuff being on HBO MAX. IMO I like it, I basically pay for this app for the comics. The old cartoons and original are just a plus. I don’t care if they share thing but just please don’t take away our originals and def not our cartoons. Theyre some of the best parts of this app, I wouldn’t care if they took the movies, but I know some of you will, but I’m here for (in order) comics, cartoons, originals, community and now even the rewards.

Sorry if this doesn’t belong here but I seen hbo max was mentioned with JL Snyder cut news.

Looking forward to Harley vs. Punchline!