DC vs Vampires and Its Companion Pieces Discussion Thread (Spoilers)

I am a little surprised there is not a discussion thread for this fantastic series yet so I decided to start one. This is really an interesting take on the Superheros with vampires story with lots of twists and turns and It has reached its halfway point.

I love that Jason almost kills Dick afterward and revealed he always held back against his older brother. However, I am wondering why he did not use the All-Blades against Dick. As in theory, these weapons should be devastating against a vampire. it likely could be the writers just forgot about them.

It now makes you wonder just who else the King has turned. I feel Babs may have been turned.

Do you think Superman should be able to draw his powers if he is turned into a vampire, as he does need to draw in sunlight to use them, but as A vampire sunlight will kill him.

They did explain the sun thing with Starfire’s blood. I can imagine them using that for people like Superman.

My biggest question after issue 6 is how did this all start? I accept Nightwing as the big bad guy and am impressed because I never expected it. I was expecting it to be Alfred. They set it up in issue 4 or 5 when Bruce didn’t test Alfred and then made some lame excuse about filtering holy water in the pipes or something like that.

Man, and I thought the first issue with what happened to the Wonder Twins was crazy but DAMN, they have consistently upped the ante. Should be interesting to see where this series goes.

Right? The Wonder Twins are a distant memory in a blood-soaked haze right now. I think I will go back to the beginning of the series when this concludes so I can trace where certain characters are and kind of put the pieces together after the fact.

I’m kind of surprised we haven’t seen Jayna since like issue 2. I’m half expecting her to show up out of nowhere as a new Buffy-like vampire killing machine.

That is a sentence I NEVER thought I would say.

Oh that would be fun.

I’m saddened they haven’t mentioned Vampire characters like Looker or Nocturna yet.
It would be fascinating to see how those vampires who we have to assume are not controlled by the master vampire would react to the invasion.

Ok…how could Superman be turned? And once he is…he is solar powered, so how long would his powers last as a creature of the night (granted, he would still have regular vampire powers)…??? I hate that I love this series…I find myself constantly shaking my head…but I can’t look away… Also, granted she was fighting a vampire, but I do not think Cass could have been taken down that easily…she seems to have undergone a big de-powering in the present DC universe…

Perhaps it was Nocturna who turned Nightwing. However ( i had to look her up) Looker seems to both be a heroic vampire and not part of the mainstream vampire community (although I freely admit to not knowing about her so I am guessing) and may have been purged as it was mentioned there was a purge in the vampire community in issue one or two.

They did explain the sun thing with

She was consumed by anger and fighting a skilled fighter who knew how she fought. However, Like in DCeased really no one is safe in this universe. so its not that she is weakened it’s Dick knew how she would react. Plus I think Cass is younger in this era in New Earth she was 18-20 were in new 52 and rebirth i think she is around 14ish when she joined the batfamily and is now about 16 as is Stephanie.

Ok…that makes sense as far as being defeated…but even young, she was powerful. Remember when she defeated Lady Shiva? I feel bad for Barbara. I think she will be the one to take Dick down…or not…you never know who is going to get destroyed next…

New earth I am somewhat aware of how she beat her, however not new 52/Rebirth. (I need to read the older issues of Rebirth detective comics I started just before fear state with that series) however, I am aware that Cassandra limits herself to less harmful strikes to not hurt people as badly as she could going for a ‘weaker blow’ thanks to a pic on her DC Database (fandom) entry. however, I also recall what Cassandra becomes in DEceased Dead planet

Personally, I feel Babs was already turned by Dick as he would want her by his side..

Hell yeah…Like the most powerful superhero of all!! With her fighting skills, no one could beat her with the Shazam powers added on!!

they actually did use a DC vampire a very old one: Dala Vadim (New Earth) | DC Database | Fandom

This mini will be a DCUI read for me, but I’ll likely snag the one-shots as they come out, as they look killer. 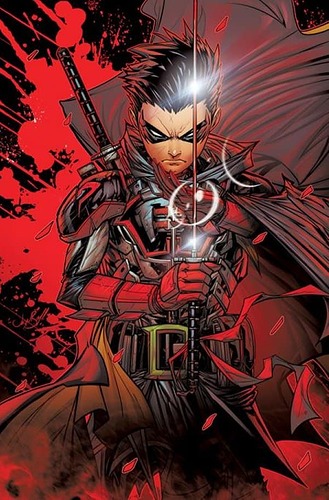 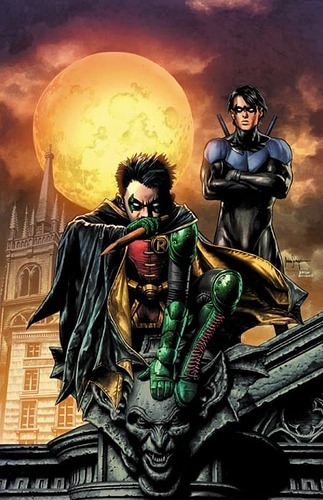 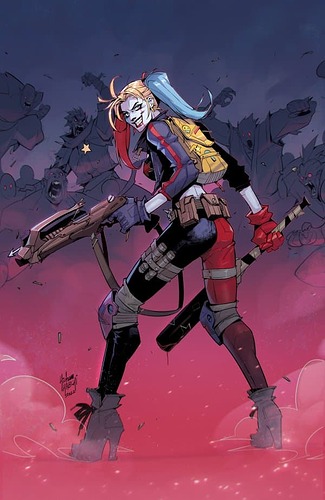 Brett Booth is doing a variant for Killers, which is in reference to this cover… 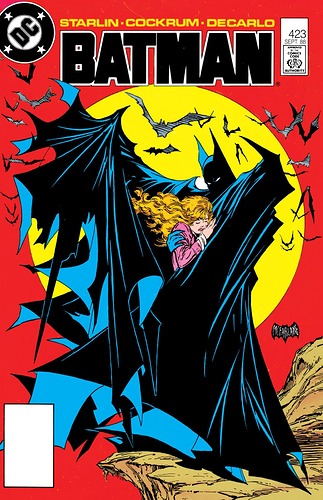 …but I can’t find a good picture of that variant, right now.

ill have to snag em myself.

Right? The Meyers cover to Hunters reminds me of Vampire Hunter D.

Whether it was intended to invoke VHD or not, I thank Meyers all the same.

No, I think it was intentional. that is Damian as D.

PS: I have mentioned that I think Babs is already turned but did not get into it here is why one: 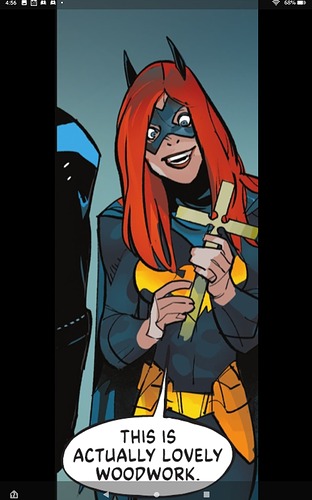 Screenshot_20220512-1656211200×1920 104 KB
Her expression and comment on the cross on this panel as the cross is not all that impressive in my eyes.
the other is how playfully seductive she has been drawn from issue 2. Not that Babs is not an attractive woman but she has a more seductive quality to her in this if that makes sense. You see this with wonder woman after she was turned by Hal. you don’t really see in with black canary and Vampires are creatures of suduction.
2 Likes
Nobody.bladesmith May 25, 2022, 2:30pm #20

well the one shot with Damian was released and i have changed this to DC Vs Vampires and its companion pieces discussion thread so it now covers the companion DC vs Vampires works.
The DC vs Vampire: Hunters was just ok for me.
Because personally, I am a little disappointed with Damian’s one shot…because they spared Damian, DC has a history of killing off kids yet Damian keeps getting spared in the Post-apocalyptic stuff. despite him continuing to make the same mistakes that got him killed/turned into a vampire.

Damian has been given Patrick Colasour Level plot armor, in recent years.