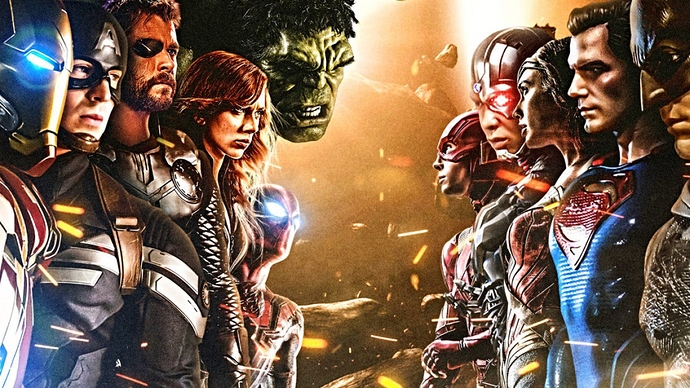 My favorite new “discovery” is Harley Quinn. Between the Cuoco animated show, Melissa Rauch’s take in “Batman and Harley Quinn”, and the Amanda/Jimmy run in the book(s), I’ve been mightily impressed.

But there is a reason why the MCU has sold a trillion dollars worth of movie tickets. 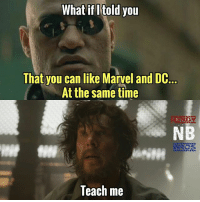 Wow, did you. make this?! Because it’s in Fan Creations, I would assume so! If not, I bet the artist would really appreciate getting credit. This is beautiful!

now this would be a fun mashup. although i like DC better personally i like both and making fantasy fights are always fun

I love both, marvels x-men got my father into comics and in turn he raised me on marvel, and then I discovered Dc and I am in love with both! In an epic battle though? It’s dc for the win!

Excuse me for maybe over stepping my boundaries here but Marvel is for the people who want to see the heroes win all the time, the unrealistic side of things where everyone has superpowers. DC is for the gritty, dark stories, where not everyone has superpowers and sometimes the villains win. Which is why DC is better.
Edit: Also might be a little off topic, but a while ago me and my friends would have fights (like actual fights) about who would win in a fight between Goku from Dragon Ball Z and Superman. I always took Superman’s side

I like both, but I understand DC more. I grew up on DC and Marvel, but I liked DC more because of there stories, Marvel has some good ones, but they are not as iconic.

I have always been one for DC Comics. Personally, DC’s comics have been far more enjoyable compared to Marvel, due to well-written and memorable characters and engaging stories. That, and DC has the best cartoons.
-M

I think that in generally, DC is overall better than marvel. The fact that Live action wise marvel is better isn’t really debatable, and the same can be said of dc being better at animation. I personally like DC’s comics more, which is really the tie breaker. Also, DC is stepping up its live action game, and unfortunately marvel is getting lazy(most notably in Ragnarok and Endgame)

I’ve been a DC reader since childhood and started dabbling in Marvel only over the last year or so. While I have more love for the DC universe overall, there are Marvel titles and arcs that have become favorites; it seems to depend on who’s writing them.

Basically, I feel like I have a loyalty to DC overall, regardless of whose hands are at the helm, but there are Marvel creators that Ill gladly follow wherever their careers take them.

This basically did happen back in the 90s. I doubt we’ll ever even see a reprint of that series, though, much less a new crossover.

Edit: I should also mention the JLA/Avengers crossover, which is a little more on point with this picture.

If you haven’t checked out The Immortal Hulk, I would highly recommend it. It’s really good and outsold Batman during Tom King’s run.

When you’re visiting an Avengers S.T.A.T.I.O.N Exhibit and everyone hesitates to put their hands down when the guide says, “Keep your hands raised if you’re a DC fan.” 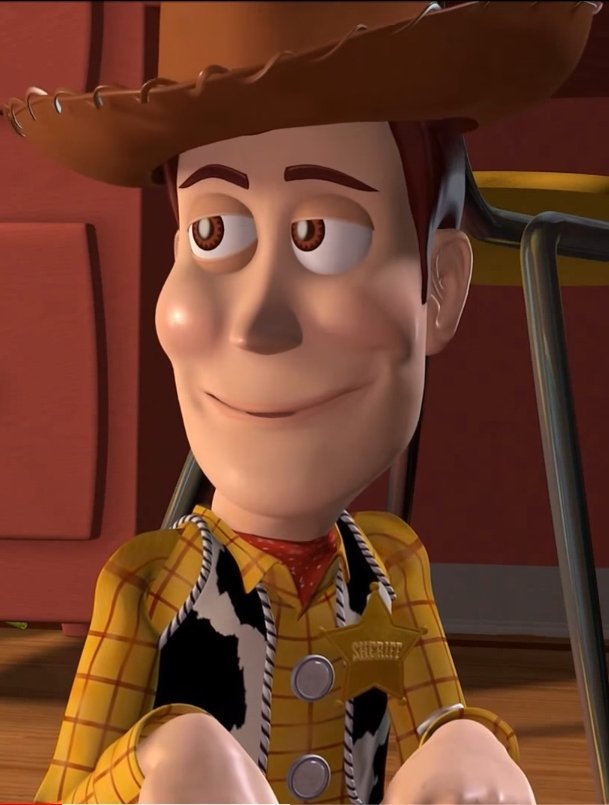 I can see where you are coming from, but I have done some deep dives into Marvel, and I would say that there are some characters that didn’t come out on top. Kaine Parker is one example for me and Moon Knight. They are fairly obscure characters, but I read these stories of men who fell down hard. Kaine Parker was loved when he first came to Texas, but he didn’t feel worthy because he was a killer. Then he decided to let people in and be a hero, and then his past caught up with him and he lost most, if not all, of his friends and fans, but he still decided to be good in the end even if it cost him so much. Moon Knight is plagued with mental health issues, and he is always at war with people who find him too crazy and he is battling either a literal god or his own personalities. He has lost his loved ones along the way as well. I remember reading Nova after the Annihilation event and it was the story of the last surviving member of a peacekeeping force and yet, he could not save everyone. Even some of there more popular characters such as Daredevil fall hard in the land of failure. He lost Karen Page, his father, his job, and during the Charles Soule run, a functioning body. I also read the most recent Secret Empire run, and I know it can be divisive, but it sort of reflects our perception of the world now. It was very dark to me, and even I was thinking, “would they ever make it out of this?” And I am not approaching this as a hardcore Marvel fan. Far from it, I’ve been on the longest DC trip and am still going strong!

I have been reading it. It is so scary, and I really want to read the originals as well.

I LOVED the X-men cartoon. It got me into Marvel but DC also has cool characters and I fell in love with Bumblebee when I saw her connecting with Cyborg just like I loved Storm and T’Challa as a couple